The album era is back, thanks to streaming services that made Tanzanian artists confident enough to release anthemic and well-catered albums. Here are the best albums and EPs in Tanzania in 2022.

In 2022 everything was different. Diamond Platnumz made Wonders with FOA, Mbosso became experimental with Khan, Nay Wa Mitego proved to be the Voice Of The People with Rais Wa Kitaa and Barnaba Classic made Love Sound Better in Love Sounds Different. 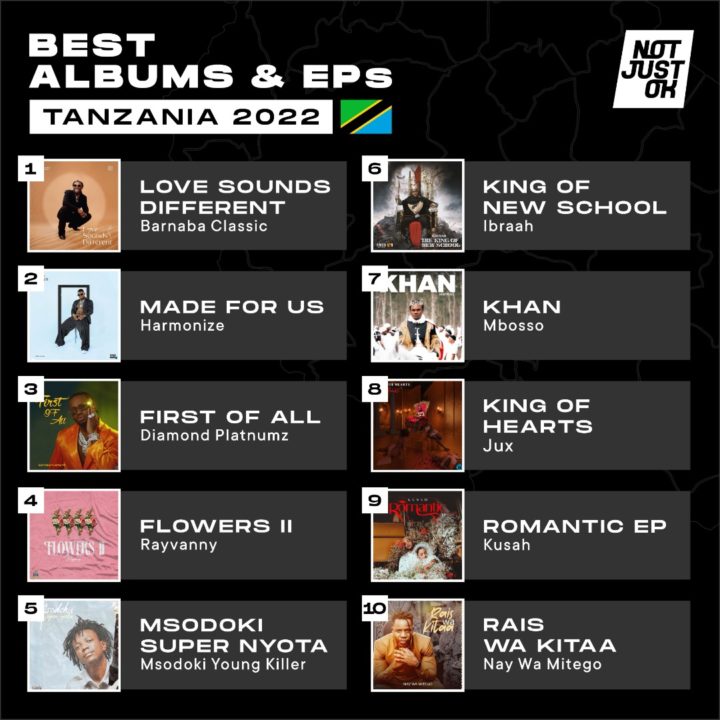 These are the best albums and EPs in Tanzania in 2022.

In 2022 Barnaba Classic provided the best album in Tanzania with Love Sounds Different, 18 track body of work that was meant to celebrate Barnaba Classic's 18th anniversary in the Bongo Fleva Music Industry.

The fun fact is, it is not the heavyweight collaborations that made this project successful, instead, it is the excellent songwriting found in Hadithi, perfect vocal interplays in Tamu and Barnaba's embrace for change in Marry Me, that made Love Sounds Different the best album in 2022. 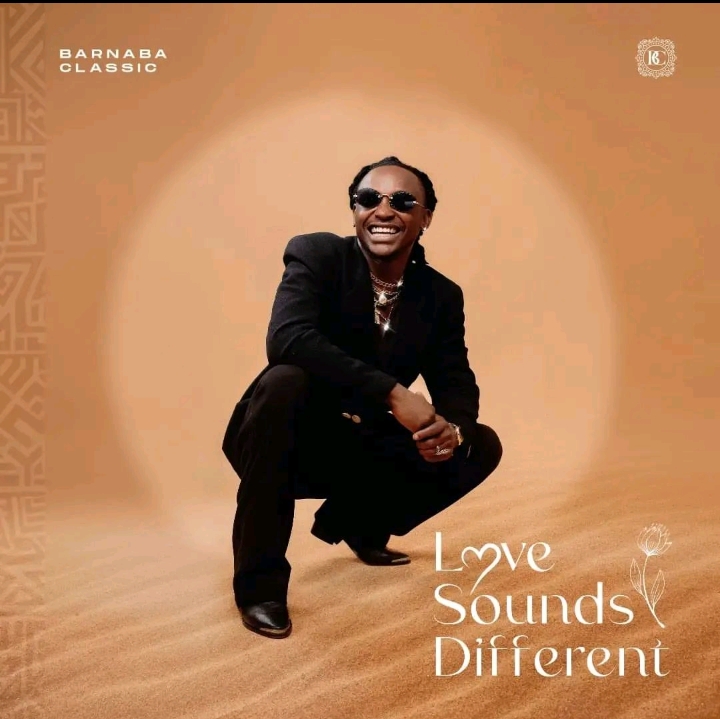 In this album, Harmonize wanted to appeal more to the East African audience rather than cracking the Nigerian music market like the way he tried to do in Afro-East and High School.

For that reason, Harmonize gave us Amelowa, You, Nitaubeba and Leave Me Alone, songs that made us cry, laugh, and dance and most of all made the album, the best project Harmonize has ever released. 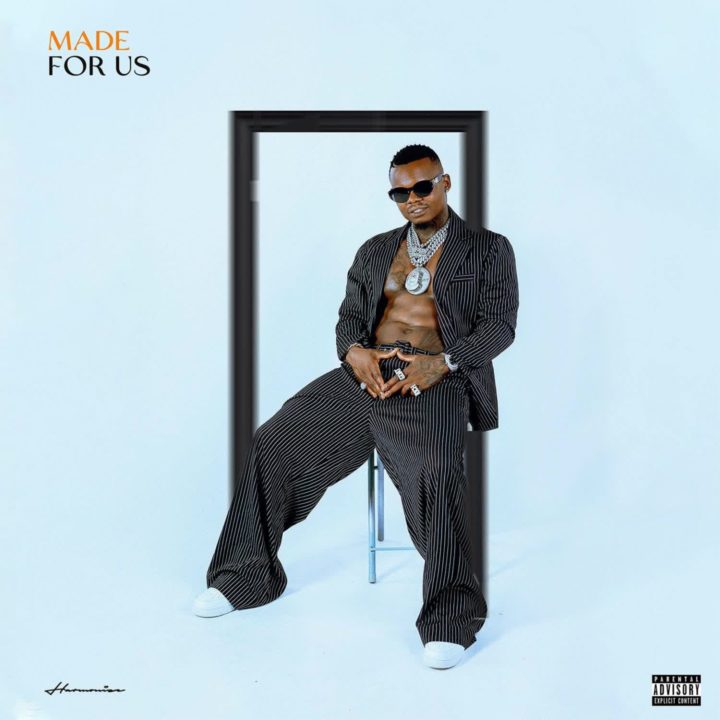 3. First Of All - Diamond Platnumz

If anything, First Of All, proved that Diamond Platnumz loves Bongo Fleva and Afrobeats and that's why the highly publicized project, revolved mostly around the two genres.

First Of All, is the most streamed project by a Tanzanian artist on Boomplay in 2022 while the banned video for Mtasubiri claimed the first position as the most-watched music video in Tanzania on YouTube in 2022. 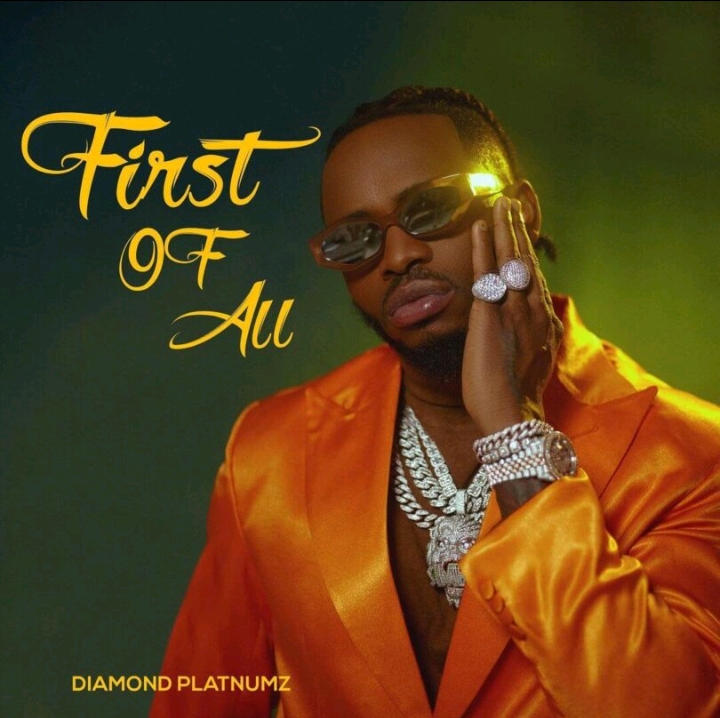 In Flowers II, we all loved how Rayvanny was able to marinate old-school acts such as Ray C and new-generation heavyweights such as Zuchu and Marioo to provide fans with what seemed to be his biggest Valentine's gift to date.

"I Miss You" which was Flowers II's biggest track, resumed our heartbreaks while ``Te Quiero" featuring Marioo proved Babu Tale's own words that Rayvanny is one of the best songwriters Bongo Fleva has ever had. 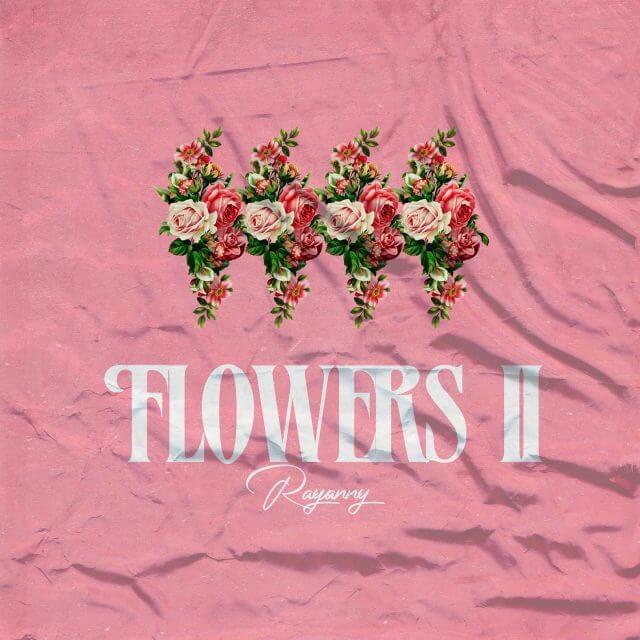 Msodoki Super Nyota brought a new Young Killer before our eyes and even though many tracks in the album revolve around Young Killer's life experiences but still the project resonated with fans.

On Boomplay, Msodoki Super Nyota is the most streamed Hip Hop album by a Tanzanian artist in 2022, thanks to his savvy marketing techniques and hard-to-skip tracks in the album. 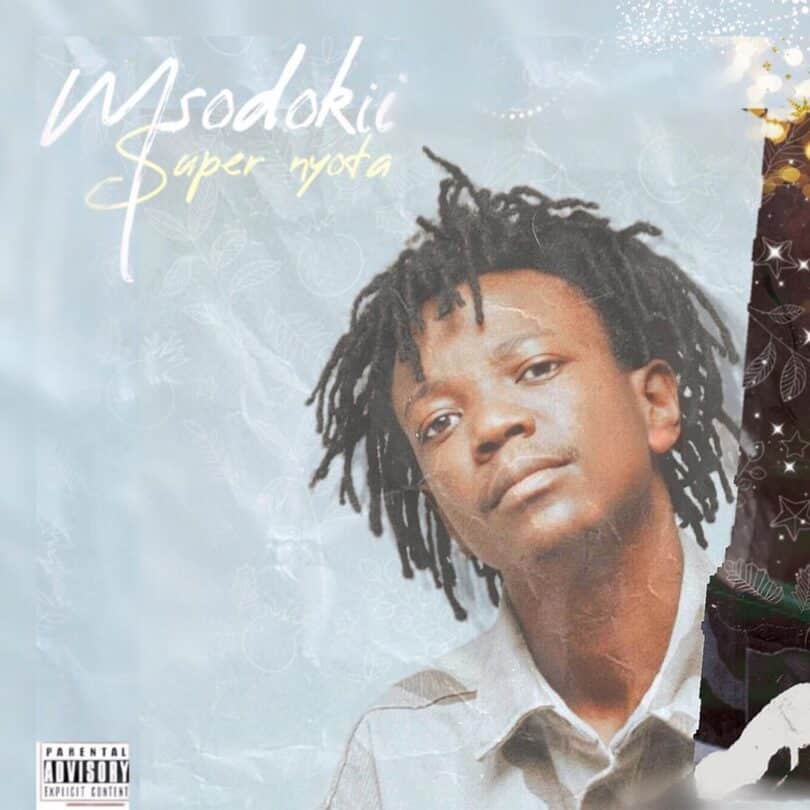 The only criticism you can make out of Ibraah's King Of New School is its scanty and deficient promotion but artistically, Ibraah poured his all, into the project that saw Ibraah embrace Afrobeats and Bongo Fleva.

With tracks like Sitosema and Maumivu, Ibraah has once again proved that his pen game is no match to any Generation Z in the Bongo Fleva music industry. 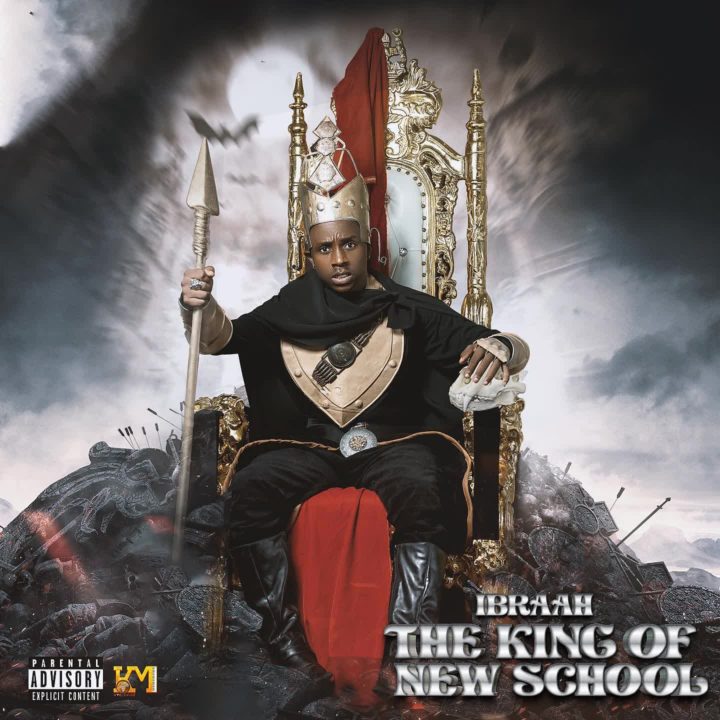 In Khan, Mbosso stepped out of his comfort zone and decided to linger around Amapiano, Afrobeats and Arabic Music, with tracks like Huyu Hapa and Pole featuring Ruby explaining to the audience why Mbosso is also known as King Of Love Songs.

Khan is the perfect EP to listen to when you are on a honeymoon but with an extroverted party animal. 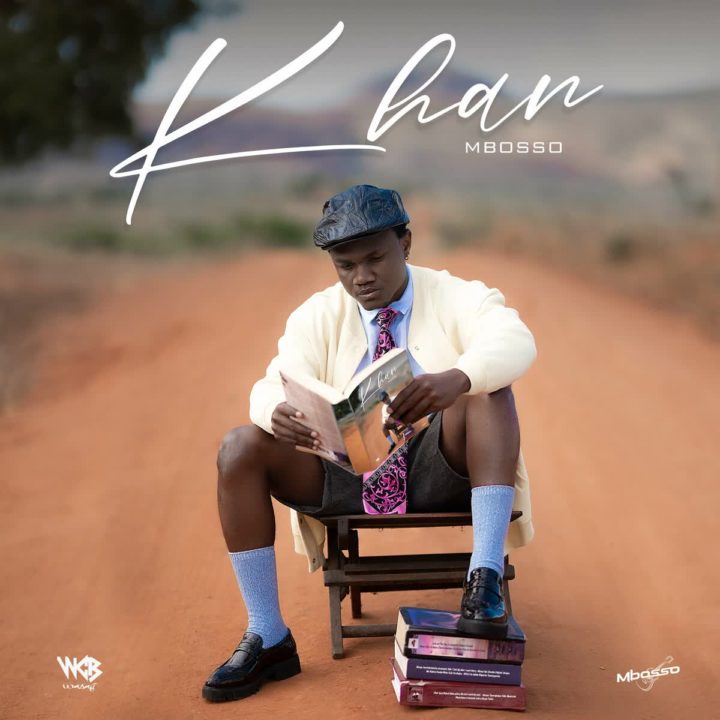 Is King Of Hearts the biggest R&B album in Tanzania in 2022? Whoever says No to that question has without a doubt, not listened to the King Of Hearts which is Jux's sophomore album that enjoys guest appearances from Kenya's Bien, WCB's Mbosso and Ghana's Gyakie, to mention a few.

Despite comprising several filler tracks, King Of Hearts sees Jux trying his best to marinate his sound with other music genres as he did in Nidhibiti and most of all, the album seems to come to rescue the fading R&B in Tanzania. 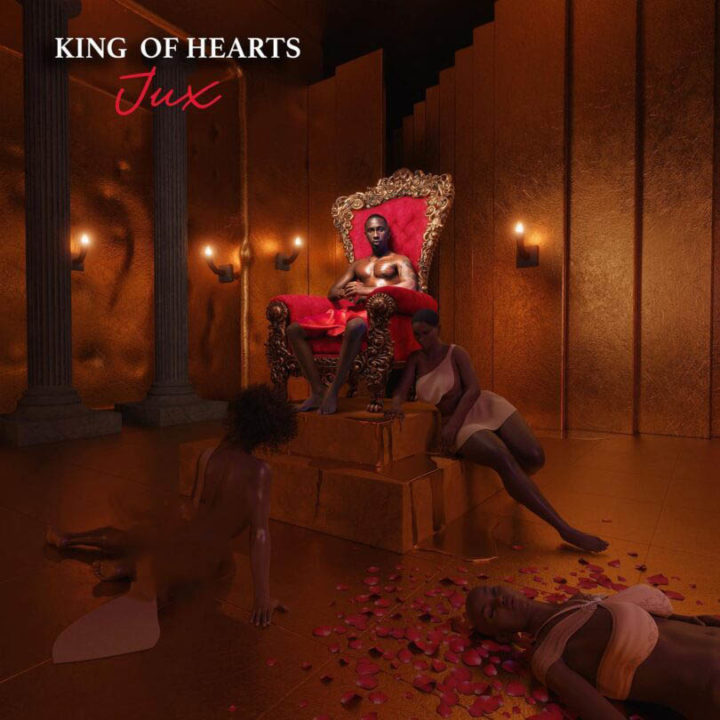 When you listen to Romantic EP, a project that according to Kusah has whooped him about 50 Million Tshs to its completion, the first thing you will notice is Kusah's growth.

Working with Kenya's Femi One in Jimwage and Nigeria's Johnny Drille in Magical was a clear call from Kusah to become Bongo Fleva's next big export. 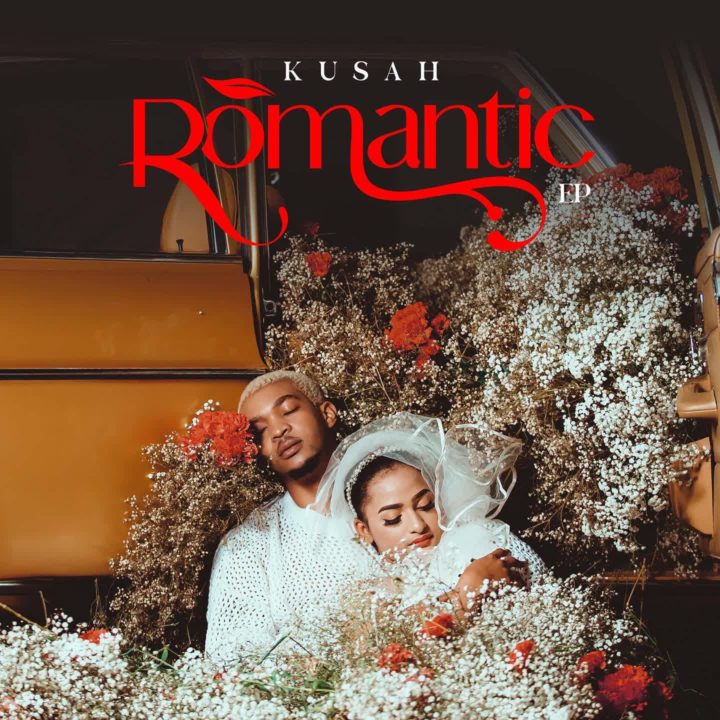 The streets love Nay Wa Mitego and that's why the rapper had the guts of naming his debut album Rais Wa Kitaa which translates to "President Of Streets".

In the 14-track body of work, Nay Wa Mitego talked about Love in Nikikuona featuring Tanzania's Only One King, Ali Kiba, Thanked Lord in the last track and most of all in the project, Nay Wa Mitego, made it clear that no rapper in Tanzania has the guts to be as controversial and versatile as he is. 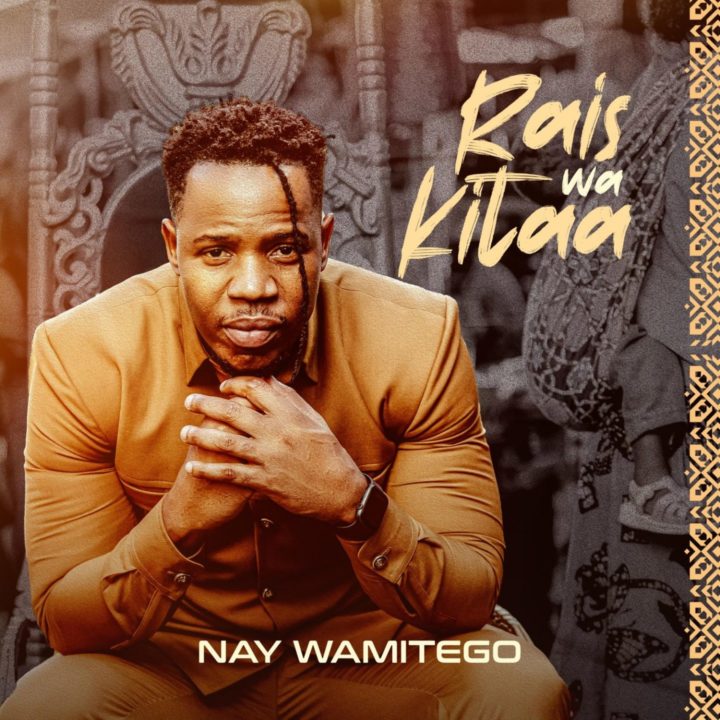