Best New Music is our weekly roundup of songs to listen to. On the latest installment of "Best New Naija Music", we cover hot releases across the Afrobeats & Nigerian music scene, including Ajebo Hustlers, Fireboy DML, Vector, Sarz, Ajebutter 22, and more. 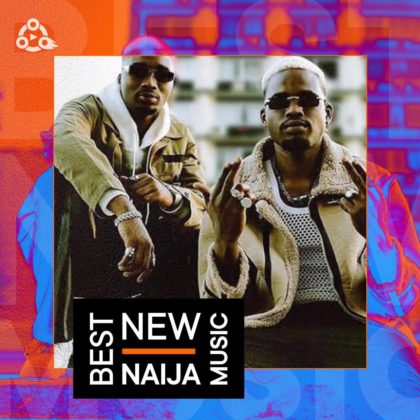 One of Nigeria's foremost rappers, Vector drops the remix to his smashing hip-hop tune Crown of Clay, It features Kenyan heavyweight rapper Khaligraph Jones along with Senegalese rappers, Dip Doundou Guiss and Ashs The Best.

Penthauze Entertainment's poster boy Superboy Cheque continues to have us wallow in good music, as he dishes out a new single titled Call Me Baby. The record was co-produced by talented beatmakers, Andyr and Lay Z.

Victor AD - Nothing to Prove EP

Talented Nigerian singer and songwriter Victor Adere, popularly known as Victor AD, has announced the release of his new project, Nothing to Prove scheduled to drop on July 30th 2021, but you can listen exclusively on Boomplay!

Nigerian-British rapper, David Orobosa Omoregie, popularly known as Dave, has released his second studio album titled We're All Alone In This Together and it features Nigerian sensational acts Wizkid and BOJ on the songs, System and Lazarus.

In anticipation of his first studio album outside the P-Square domain, Veteran Nigerian singer and songwriter Rudeboy releases a brand new single titled, Focus. The record was produced by his frequent collaborator, Chrisstringz.

Dremo - See You Next Week

DMW top shot rapper, Dremo is our next entry on Week 28 of Best New Naija Music. He is definitely pulling out all the stops as he gears up to drop a new album, unleashing a new single titled See You Next Week.

Prolific British-Ghanaian producer Julian Nicco-Annan, better known by his stage name Juls, has dropped a song titled Wicked. He instantly accompanied it with a visual.

Ekenedirichukwu Ijemba, popularly known as Humblesmith has returned with a brand new single titled, Dance. The record was produced by fast-rising beatmaker, 5eal.

Tanzanian singer and songwriter, Alikiba has teamed up with DMW's finest, Mayorkun to drop his latest single, an up-tempo tune titled Jealous.

And there you have it for this week on Best New Naija Music this week with Ajebo Hustlers, Fireboy DML, Sarz, Vector, Ajebutter 22, and others.