Penthauze Entertainment's poster boy Superboy Cheque continues to have us wallow in good music, as he dishes out a new single titled 'Call Me Baby.' The record was co-produced by talented beatmakers, Andyr and Lay Z. 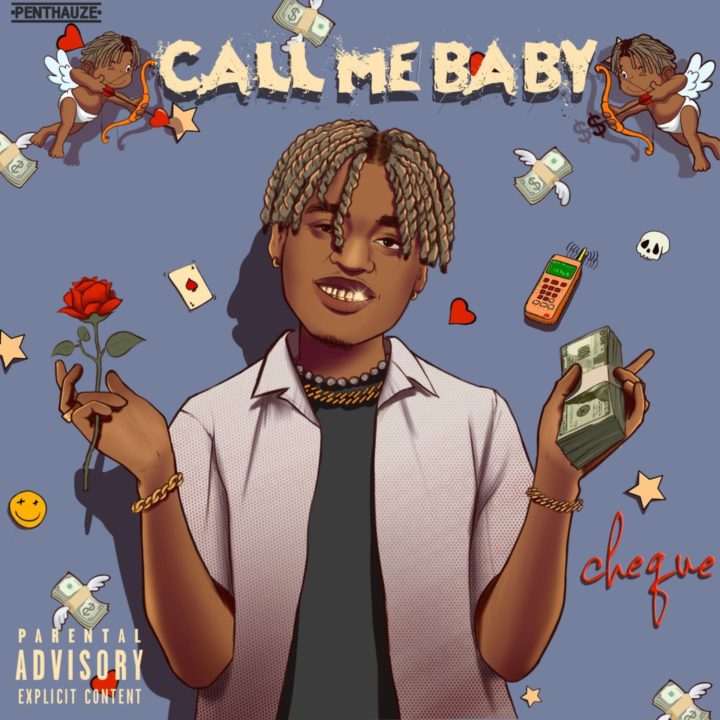 As promised, the Penthauze singer and trap-star finally provide a brand new single for his fans. However, the new record 'Call Me Baby' is only a glimpse of what we should be expecting from the lad in the coming months.

Co-produced by his regulars Andyr and Lay Z, 'Call Me Baby' serves as Superboy Cheque's second official single for 2021. It comes after the release of the acclaimed joint, 'History' which features YBNL singer, Fireboy DML.

Listen and drop your thoughts in the comment section below.

Akanbi Bamidele Brett popularly known as Cheque was born on 23rd March 1995 and He hails from Ondo State, Nigeria. He obtained his B.Sc in Chemical Engineering from Obafemi Awolowo University in Osun state. The same university that produced a lot of celebrities in Nigeria. After graduating, he moved to Lagos to focus on his music career.

He got his big break with Zoom, a single off his Razor EP. Zoom topped several charts and eventually got a remix with Davido and American rapper, Wale. SEE MORE