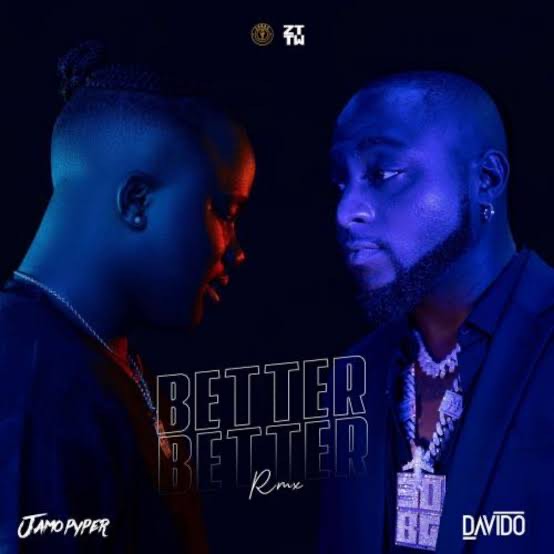 The Zanku Records and DMW entente continues as Jamopyper goes for the big league. He collaborates with one of the biggest artists on the continent Davido, creates a remix of his amapiano record, 'Better Better.'

Produced by beat-making genius P. Priime, 'Better Better' remix serves as Pyper's second output for the year. It comes after he dropped the previous version which was released back in February.

Check out the new record and let us know what you think.

Jamopyper or Jamo Pyper, alias Jamo Wire was born on the 20th of October, 1995, and is a Nigerian street-hop singer. He stays in Lagos and is signed to Zanku Records.

Jamopyper got his big break after his joint record with Zlatan Ibile and Naira Marley on Omode Meta, a single where he gave the highlight with the chorus. He went on to orchestrate other hits like Of Lala with Zlatan again and Rahman Jago and then hit it big with the Mayorkun assisted If No Be You. SEE MORE