Down in the African branch of the world’s poverty capital, there exists a scheme which despite its fraudulent nature, is a quick path to wealth. Internet fraud, popularly known as 'Yahoo-Yahoo' in Nigeria, is the scheme. Originated in the earliest cybercafes as postal fraud in  the late 1990s when the national economy started to take a dip following oil price fluctuation,  has since grown into a huge racket like a highly pitched song in an opera. 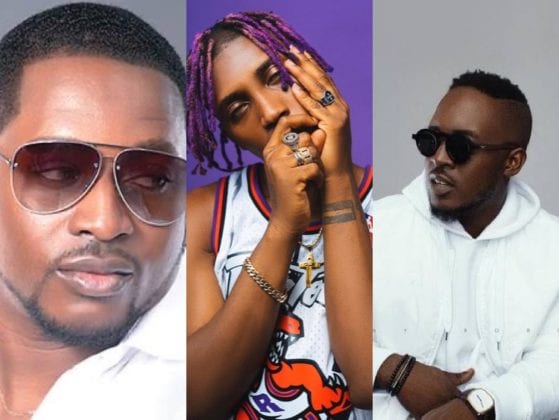 In the present day, internet fraud has become an activity that countless Nigerian youths engage in to eke a living for themselves, and to fund the extravagant lifestyle of their dreams. As a result, it has grown from being an illicit activity to being a highly glorified activity. This glorification is mainly done through music, especially songs belonging to the street hop genre. In these songs, musicians can be heard giving props to the activity which funded their 'lavida loca' living and business interests or praising their friends who have become an influential G-boy.

Here are 12 top songs that referenced the popular internet fraud lifestyle in Nigeria (aka Yahoo-yahoo):

What better way to kick off this enquiry other than with one of the oldest and most influential Nigerian musical references to Yahoo-Yahoo? Released in October 2007, it was a huge hit and one of the first songs to let us into the world of G-boys. In fact it’s all in the title and while some of us may have been oblivious to what Olu Maintain was singing about, we’d all happily done the two fingers in the air dance to lines of the song like ‘ti m ba hammer, one million dollar’ Other lines like ‘Monday, Tuesday, Wednesday, Thursday, boys dey hustle’ with the follow up being about living large on the weekends also serves to capture the hard and fast ways of the Yahoo-Yahoo lifestyle.

This is another Yahoo-Yahoo-backed number that became inducted into the hall of fame of Nigerian hits. In this song, Kelly Hansome depicts the joys of getting paid by his ‘client’ who he refers to as ‘maga.’ It also comes with explicit lyrics where Kelly Hansome dishes hacks of the trade saying ‘plenty format, offshore accounts and CC numbers.’

In the later half of the year 2017, a dance wave swept through the whole country. It was the shaku-shaku dance with origin from the streets of Agege, Lagos state. The dance with its energetic routines birthed a good number of street anthems and one of them was Mr Real’s Legbegbe where with the help of Obadice and Idowest he urges the listener to do the shaku-shaku dance from the side. Legbegbe does not have any explicit links to the Yahoo-Yahoo lifestyle, but the refrain where the different models of iPhones are listed can be considered as speaking to the G-boy lifestyle of mainly using iPhones and often upgrading to the latest model is out.

'Aboki where my naira, me wan change am for the dollar' is also a recurrent activity, sang about in the two previously listed songs. From Olu Maintain saying ‘One million dollar, elo lo ma je ti m ba se si naira’ to Kelly Hansome’s 'plenty dollars, straight to aboki make we start to dey change it,' we are intimated on the easy come easy go, dollar-changing ways of G-boys.

Oshozondi is another song that was created during the legwork craze of 2017 and the beats bear similar pace with that of Legbegbe. However, this song sees Slimcase playing the role of praise singer as several names were called in a eulogising manner. The names which are a mix of wealth-suggesting adjectives and Yoruba words included personalities who are allegedly some of the most influential G-boys in the country.

While Able God might appear like every man’s prayer to the Almighty to make them rich, it doubles as the Yahoo-Yahoo anthem and prayer for luck in the business.

The lyrical content of Able God makes use of a mix of regular Yoruba words and then slangs and sayings that have been popularised by G-boys. For instance, Lil Kesh ad libs at the intro saying ‘tan internet e YAGI ti fe login’ and then there’s that ever-present reference to changing money where he says ‘aboki ti se dollar!’  Then on Zlatan’s verse where he said 'Omo ase o lo n toro oja kiri, kuro n’be to ye k’o lo ra lappy,' he bells the cat by giving advise on the trade and calling for dedication on the job.

Next on the Internet Fraud referenced Nigerian songs is 'Apala New Skool' by Q-dot where he assumed the role of social commentator, narrating and highlighting the get-rich-quick spirit of Nigerian youths which sees them trying all channels available from infamous Ponzi scheme, MMM to dog racing, local lottery; Baba Ijebu, sex work, and internet scamming aka 'Yahoo-Yahoo'.

He also traces this widespread urge for fast wealth down to its effects on the mindset of the youths who decide to engage in Yahoo-Yahoo and respond saying ‘walai talai mo fe sha ise’ when asked what they do for a living.

His song eventually became a prophesy when the next year, there emerged a video of a little boy enthusiastically saying he wants to become a G-Boy when he grows up.

Sometime last year, this song hit the streets and instantly became an anthem as it acknowledged and gave props to two lines of work that have served several members of the underprivileged society; sex work and Yahoo-Yahoo.

Released in 2016, this song didn’t peak till 2019 and when it did so, it was with a bang. 9ice sang this song from two points of view; that of a money-hungry youth who has no qualms turning to internet scam to get the paper. And then from that of a social commentator outlining the ills of such greed.

Loading was one of the biggest songs of 2020. The phrase, ‘spiritual ginger’ which Badboy Timz calls out at the beginning of the song serves to not only announce the monstrosity of the hit that the song is, but points at the level of motivation the song gives as Olamide literally urges everyone to work as hard as Yahoo boys; 'Olu gba yahooze o maintain, Iwo sun o un gor o un complain.' And also ball as hard as them; 'gara tan bi ti loader.'

ALSO READ: “Can You Tell The Difference Between Nigerian Political Elite and Yahoo Boys?" - Seun Kuti

Another huge hit from 2020, with this song, Bella Shmurda, Lincoln and Zlatan had everybody chanting along to the scamming lingo and mantras of the trade with reckless abandon. So while the full meaning ‘CC’ remains a known mystery, we all know that it should be loaded, and the maga billed.

A very tongue in cheek song from Naira Marley, this song was borne off an accusation that he was involved in cybercrimes himself. The origin of this accusation had reared its head after a protracted online disagreement/ debate with singer Simi and rapper, Ruggedman on    the rightness of Yahoo-Yahoo which he’d made a case for.

Naira Marley was not only brazen enough to record this song at a time when his freedom was being contended on allegations of fraud but he also made mention of the fact that he had friends in the Yahoo Yahoo trade as well.

This song was made sometime in the year 2011 by several musicians in the industry who had felt the need to speak against the Yahoo-Yahoo trend while extolling the virtue of doing legal work. As a result, they'd joined their voices to make the song with a chorus that goes ‘Maga no need pay, for me to buy correct moto, for me to take make my doe’ among other lines that explicitly stand against it.

ALSO READ: "Let us get our priorities straight"- Burna Boy Reacts To The Ongoing Conversation On Internet Fraud

As the activity becomes even more widespread, the endless list of songs referencing internet fraud, will only keep growing, which therefore do you think influences the other? Does the music influence the culture or the culture does the music?

Engage in the conversation by dropping your thoughts in the comment section below, we'd love to hear from you.