Addressing Naira Marley's Comments On Internet Fraud: There Is No Justification For The Illegal Act

In a country that is in shambles, where the economy is deep in the pits, and the people suffer terribly from abject poverty, the majority won’t miss a chance to save themselves. Fraud - internet fraud - is common in every part of the world, more common in places where people are struggling to make ends meet. For some, it is a way out of poverty. While others do it so they can afford expensive lifestyles. As can be seen in a video that has since gone viral, Naira Marley made his support for internet fraud known and attacked people who condemn the act.

The video is a representation of the sad reality that Nigeria is in. Internet fraud is a crime, albeit a crime that many people partake in rather proudly. It is believed by many that internet fraud, popularly known as Yahoo, is a means to an end. It has saved many wretched homes and has helped set businesses up. One of the many industries enjoying the benefits of this illegitimate act is the music industry. The Nigerian music industry is crawling with more fraudsters than you can imagine. 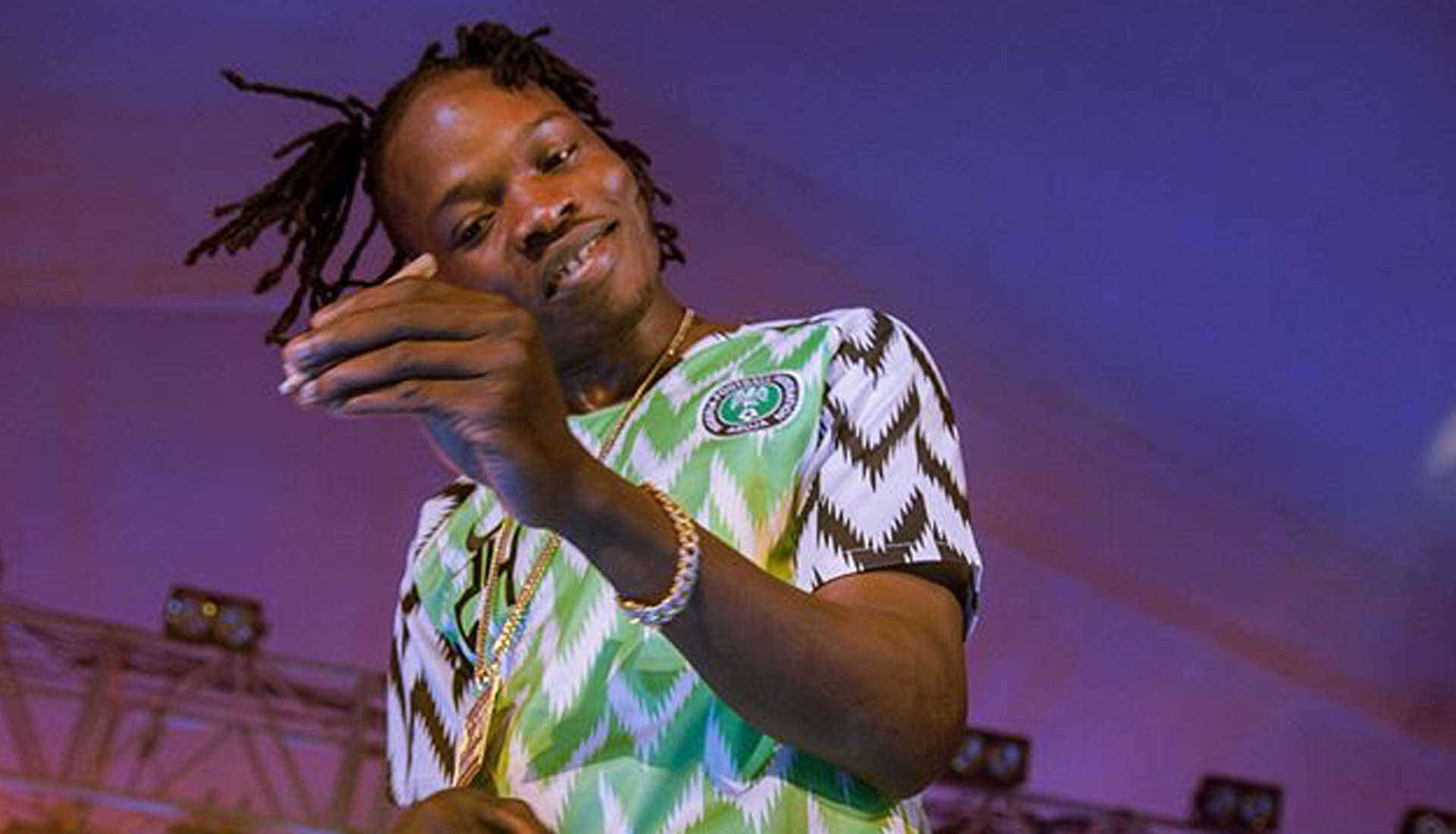 Naira Marley is definitely not the first Nigerian to justify internet fraud. According to the Peckham singer, Yahoo is the payback for slavery. He stated that without Yahoo, there will be no circulation of money as the country’s government is not bothered about the welfare of its citizens. Yes, the government is horseshit but is that enough to rationalize internet fraud? Of course not. Slavery has nothing to do internet fraud and anyone who tries to draw parallels can as well paint the entire country with his or her stupidity.

Since the video went viral on social media, there has, as usual, been a lot of outrage and different takes from users. The music industry is dominated by internet fraudsters who many refer to as G boys. These G boys have invested heavily in the careers of many artists and have funded many upcoming and established acts. They have chosen music as a disguise as they launder and wash their money. Several artists with the inclusion of D’Banj, Olu Maintain, Kelly Hansome, 9ice, Olamide, and many others have been accused of using their music to glorify fraud.

You are all scamming ur fellow Nigerians and blaming the white man's slavery?

Naira marley, u and the people supporting you have mental issues.

Who is Naira marley and what does he do?

I know it doesn't matter but I am deleting every Davido, Naira Marley and Zlatan's music in every platform I have them on! I don't support "Yahoo yahoo", listening to them means I do!

I hate "Naira Marley" with all my life for that shit he said
If you are doing Yahoo, judgment is coming
Do know what innocent Nigerians pass through on the cyber space because you guys?
All the innocent blood spilled by the police is going to be on your head

Naira Marley urges Nigerians to pray for Yahoo boys, says they are the reason why money circulates to the common man. What are your thoughts? #NairaMarley pic.twitter.com/V9DD4eqwFE

Its not the fault of Naira Marley actually.. Olamide should be blamed.

Olamide spear headed the music of these yahoo boys using Music to disguise to us.

Simi & AG should take note of these people and give them space.

Naira Marley is not stupid. He actually believes what he’s saying. That is the problem. Some youths don’t know right from wrong anymore. Nigerians become successful then become motivational speakers on social media, even if successful from fraud.

Naira Marley is a fool
Tunde ednut is a fool
Simi is a fool
Everyone is a fool....
We all re in one way or the other benefiting from the yahoo sect of our economy.

Do you guys know about the Berlin conference?

Some white guys came to Africa and shared it among themselves according to resources.

"If you know about slavery, you go know say Yahoo no be crime."

Naira Marley said the nonsense he said because we don't ostracize them.

If Yahoo boys and their money were rejected at shops and other businesses, we won't be hearing this "circulation" nonsense.

Yahoo boys actually did more damage to the music game than good.

Putting out music for illegal downloads.

Yahoo boys and their associates are now bold enough to mock others.
What a time to be alive.

If its runs girls now and transactional sex all of you will suddenly remember your moral compass. It is Yahoo boys now and you are creating caveats! Ndi uchu

Speaking up against yahoo boys till the next hit song glorifying them drops, then it's zanku till fade.

I have seen yahoo destroy lives of victims. I have also seen it destroy lives of young boys with potential. It is so a despicable thing. But I will also say most of our outrage against yahoo is performative & very convenient. You only have to look around you to know that.

Lowkey, Yahoo boys are just a step away from being kidnappers or robbers.

(Highkey, Yahoo is a cover . They're already robbing & snatching peeps.)

I know real life Yahoo guys, i was friends with a lot of guys who decided they wanted to become Yahoo boys. They are my guys, they won't be surprised when they see me call them out online. But one thing is for sure, i will never report any of them to the Police. Why? ...

You say yahoo boys are thieves

Everybody is a modafuxing hypocrite o ????

I find it funny that a vendor who sells designer wears is slandering yahoo boys . Nah civil servant one buy Gucci? ???

Yahoo has pervaded the Nigerian music industry. It’ll be a tad difficult separating music from the illicit act at this point. Although we have some Nigerian acts such as Simi, Falz, who frown upon it, there are more people in the industry who are favored by internet fraud. To further prove that the country is suffering from moral decay, there are those who are justifying the shameful act with reasons like the piss-poor state of the country and the lack of employment for the youth or something as ridiculous as ‘Nobody is holy’

How convenient to say ‘nobody is holy’ when you are not a victim. Internet fraud is robbery. There’s no sugarcoating it. You are ripping someone’s hard work off and you’re terming something as cruel as that as ‘hustle’. Why is the same rationale not applied to the government when they loot funds or when a starving child steals in the market? It is, of course, easy to judge others (harshly) when we are at the end of such cruelty but we change form when we are benefiting from it.

We have a long way to go but we can start from somewhere. Let’s stop justifying the act and see it for what it is: a crime. It’s painful to see that some of the loudest voices in the industry are mute about it. Maybe not today but someday, we can expunge internet fraud from the music industry or at least recognize those perpetuating it.