Rapper and former YBNL signee, Lil Kesh has opened up on his struggles with fame back when he was a fresh artiste. Lil Kesh made this known in an online interview with radio host and podcaster, Adesope Olajide. 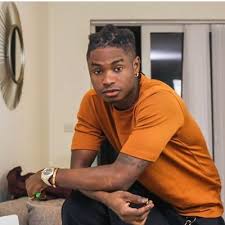 This revelation was made after Adesope had pointed out the fact that Lil Kesh was very young when he became famous, Adesope had asked how fame had affected him saying

“Talk me through the time when you became such a huge star worldwide and yet you were just a young person. What were your emotions like, how did that feel?”

Lil Kesh then shed more light on how young he was at the moment of attaining stardom and said this about being famous;

“I was a kid, I felt like I could handle it but I crashed, it was too much to handle, too much. When I got my record deal I was 19, towards the end of the year when Shoki came in I was 20.”

Adding to the reasons for why he lost a grip on fame, Lil Kesh who admitted to having been in denial over his struggle with stardom said;

“I didn’t even know how to process the fame and then there were the responsibilities cause I wasn’t born with a silver spoon.”