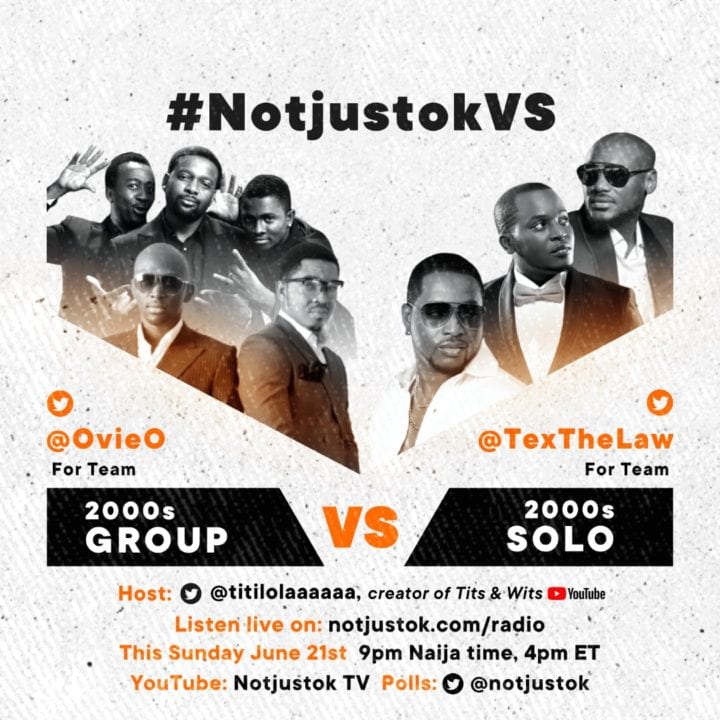 The 5th edition of #NotjustokVS introduces the “ERA” category. Here, we get to showcase content within an era or between eras. This Sunday, we celebrate the golden age of “boy bands” in Nigerian music – The 2000s. In this decade, some of the greatest GROUPS sprung up, and sadly, many of them split, with former members launching massive SOLO careers. For this reason, we decided to split them into 2 teams:

In simpler terms, their GROUP careers VS their SOLO careers. You get the idea.

See you guys on Sunday!