Tyson Fury Will Give me that Challenge I Desire - Anthony Joshua

British Boxer, Anthony Joshua, has confirmed that he needs to fight Tyson Fury to prove his quality before he retires. The 31-year-old will fight former cruiserweight champion Oleksandr Usyk next weekend at the White Hart Lane, home to Tottenham Hotspur. 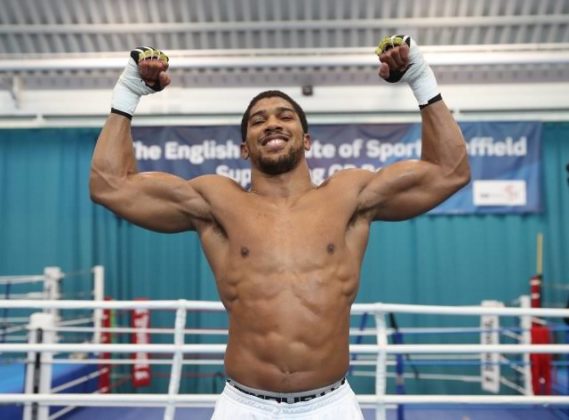 Joshua was speaking on the BBC 5 Live Boxing podcast ahead of his fight against Usyk. He has insisted that he need to do enough to secure a fight against his fellow British world champion.

Do I need Tyson Fury on my record? I need it. We need it for boxing. It's what we all need. I need it. Come on, let's see how good I am.

Fight good fighters and they bring out the best of you. Training camp is hard. To get better is very so in boxing. To fight Tyson Fury is a big challenge. Let's see how far I can take myself during this period. It'll be a good challenge mentally. Not about him, but because I actually want to do well.

When I wake up in the morning early and I'm tired, my body's battered, I still go out and do what I do. It's great reward and only someone like Fury can give that to me.

Finally, finally, another one for the resume. What an honour it would be to fight Tyson, get another great fight on my record, best him and then he would move forward. We know his history. He pulled out of a couple of fights. It just happens. He's someone who pulls out of fights. Even with the Wilder situation, it happened again. Good luck to him though and we'll see him sometime. Whenever he's ready, we'll be here waiting.

That didn't happen, but look where we are now, Joshua versus Usyk. It's probably bigger or just as big as that fight.

Tyson Fury had earlier in the month confirmed he will fight Anthony Joshua in a doubleheader in the last five fights of his boxing career.