Manchester City Remove all Benjamin Mendy's Merchandise from its Store

Manchester City Football Club have removed all the merchandise of Benjamin Mendy from its online store. The French defender was accused of sexually assaulting four women in August 2021. 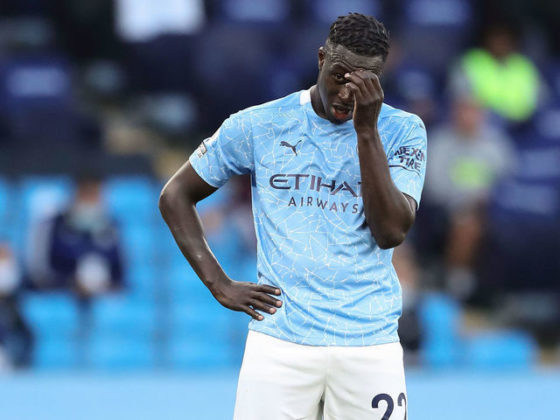 READ ALSO: MARTIN BRAITHWAITE REPORTEDLY RULED OUT OF THE YEAR

The Telegraph football confirmed the news on its official website. Mendy is charged with four rape counts and one sexual assault and has been in detention since the beginning of the case.

Manchester City has since suspended the player indefinitely after the Chester Police brought the attention of the club to the incident. The club released a statement confirming its decision for suspending the player on its website.

Manchester City can confirm that following his being charged by police today, Benjamin Mendy has been suspended an investigation.

The matter is subject to a legal process and the club therefore unable to make further comment until that process is complete.

Mendy has remained in detention since the beginning of the case. He will appear for another pre-trial hearing on January 24th, 2022.