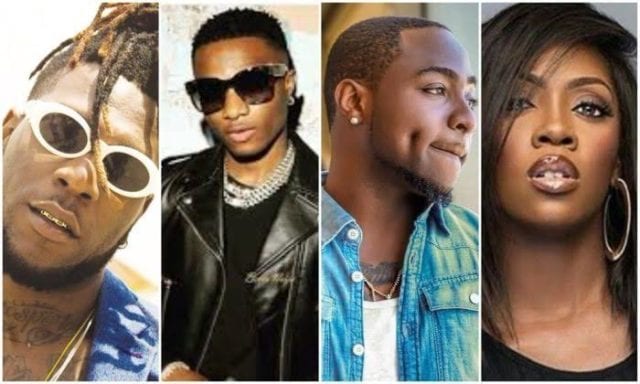 To recognize their undeniable creative contributions to the ever-growing worldwide music catalog and a very demanding but versatile global audience, the MOBO award nomination list was released and Africa’s biggest music exports were spotted.

As spotted on MOBO’s official website, the award ceremony is scheduled for Wednesday, 9th of December, 2020 and would be live on Youtube by 7 pm.

The nomination categories at which African megastars were spotted are; Best International Act, Burna Boy and Rema compete with themselves and others for that award, while the nominees for Best African Act category includes Burna Boy, Tiwa Savage, Davido, Fireboy DML, Rema, Master KG, Adekunle Gold, Wizkid, Stonebwoy and others. 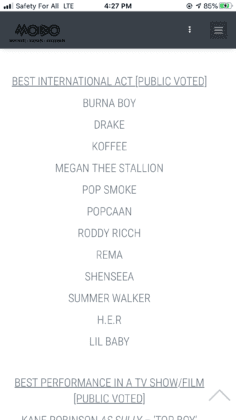 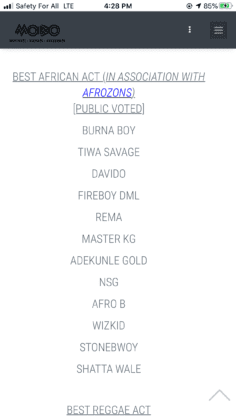 Since its inception in 1996, the MOBO Awards has truly become one of Europe’s biggest Music Award ceremonies, and perhaps the most important and influential event for music makers and fans. Celebrating excellence in music for more than 20 years, MOBO continues its rich legacy and ongoing growth as the premiere outlet for recognising and honouring the artistic and technical achievements of exceptional British and international talent in the musical fields of Hip Hop, Grime, RnB/Soul, Reggae, Jazz, Gospel, and African music.