#Throwback: Defining Moments Of Davido's Life Through His Songs

Music is a powerful tool that an artist uses to expresses him/herself concerning a particular subject matter to an audience. However, there are defining moments in the life of an artist that wells up inspirations for a song, and in this particular piece, we will place the spotlight on one of the biggest music exports in Africa, Davido for his exponential growth and consistency for almost a decade. 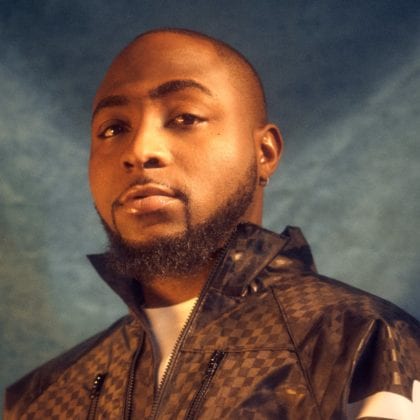 Throwbacks are peculiar to Thursdays on social media and while we anticipate the 3rd studio album 'A.B.T' of the 'baddest' himself, Davido, we will be reflecting on some defining moments in his life through his songs.

Rich kid, Davido portrayed himself to be 'broque' because, by the 'broke' standards of an average Nigerian, Davido wouldn't make the list in any form. According to him, there was a time he entered a difficult financial phase because his wealthy dad, Mr. Adedeji Adeleke cut him off financially for getting in trouble in college.

That episode however inspired his debut single 'Back When' which featured Naeto C who was the cousin of his manager, Asa Asika.

Back when I was broke

The backlash he received from trying to create a hustler wannabe persona made him restrategize and embrace his true reality of being a rich kid. That rebranding turned things around tremendously for him and his debut follow up single 'Dami Duro’ became a monster hit. "You can't stop me, I'm the son of a wealthy father" is an English translation to "Ema Dami Duro, Emi Omo Baba Olowo".

In this era, the unstoppable young-star had started making his own money from record sales, shows, and endorsements, working hard but balling even harder.

Davido backed the promotion of his songs heavily, lavish music video shoots, full diva lifestyle, and so on. Nevertheless, this Era gave us his debut album 'Omo Baba Owo' in 2012 with beautiful music such as; Ekuro, Overseas, All of you, Gbon Gbon, Feel Alight. And between 2013 and 2014, he released the hit singles Gobe, Aye, and Skelewu. Rich-kid Davido shot 3 music videos for his dance song 'Skelewu' with different top directors.

Davido made his mark on the African continent with his monster hit feature with Mafikizolo 'Tchelete' in 2014 then went on to make other amazing songs with several African artists such DJ Arafat on Naughty and Uhuru on The Sound. In June 2014, Davido collaborated with Mi Casa, Lola Rae, Sarkodie, Diamond Platnumz, and Tiwa Savage on "Africa Rising".

His quest to conquer the world through music also made him make his mark outside the shores of Africa to a global audience featuring some of the biggest names in the international music industry. In June 2015, he featured Meek Mill in the trap song 'Fans Mi', and subsequently, he featured several others.

Recently, Asa Asika revealed in his interview with Joey Akan that Risky with Popcaan is huge in the Caribbean and his collaboration single Blow my mind with Chris Brown is a worldwide jam.

After signing to Sony, Davido focused on creating and EP which was not well received after it was released. After returning to Nigeria in late 2016,  Tekno came to the rescue by writing and producing Davido's monster hit song 'If', which was released on February 17, 2017.

The monster hit, 'IF' would go on to win best single and song of the year at the Headies in 2018

In 2016, The 5-track Ep 'Son of Mercy' gave us music such as Gbagbe Oshi, Coolest Kid in Africa amongst others. The Ep was as a result of his record label deal with Sony's RCA Records. In April 2017, Davido re-negotiated his contract with Sony due to creative control issues.

Few months after signing with Sony Records, Davido became a label boss with the establishment of his record label Davido Music Worldwide (DMW) in 2016 to which Mayorkun, Dremo, Perruzi, and others are signed. The label gave us a couple of bangers such as; Aje, Mafa Mafa, and others.

Davido's beef with Dele Momodu gave us his verse in Bad, Baddo, Baddest by the trio collaboration; Lil Kesh, Olamide and Davido

Davido's beef with Caroline gave us a second verse in 2017 'Fia' as he addressed his arrest and Caroline Danjuma’s role in fueling the rumour that he was involved in the death of Tagbo Umenike.

Recently, Davido's loud statement to his haters gave us 'Fem'. The banger became the nationwide EndSARS national anthem. A part of the song lyrics said "Tell Odogwu say we like to party", speculators have it that he took a shot at the Africa Giant, Burna Boy.

Carefree baby daddy Davido serenades his woman with 'Fall' in 2017 which became the longest-charting Nigerian pop song in Billboard history. The song was so huge that R-Kelly, Cardi B, and Busta Rhymes had their different 'Fall' remix versions. Later again, Davido openly declares his love for his girlfriend Chef Chi with the hit song 'Assurance' and a follow-up single '1 milli'.

For almost a decade, Davido has made his mark on the music scene home and abroad, with several African and International awards, music heavyweight features, millions of music streams, sold-out shows of massive venues locally and internationally.

In anticipation of his A.B.T album, Davido is on a quest to put Africa's music side by side with any music in the world. To his continuous quest to conquer the world through music, we toast to a better time for the baddest himself.