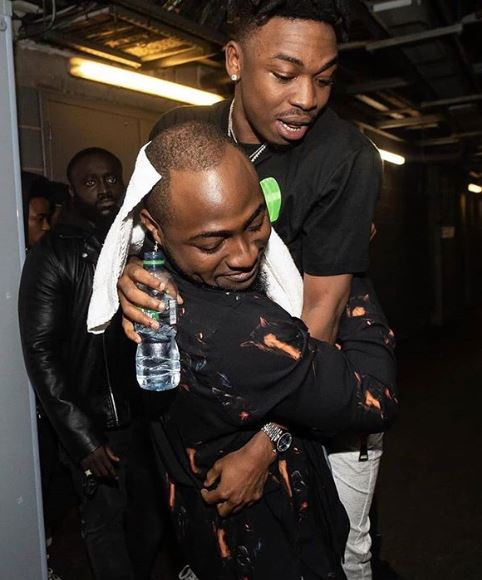 Some time ago, we hosted the label "battle" with the iconic Mo-Hits pitted against Square Records. Perhaps the biggest and widely received VS we've organized, we thought it wise to engage two leading Nigerian record labels: YBNL (Yahoo Boy No Laptop) founded in 2012 by Olamide and Davido Music Worldwide (DMW), which, as we know, was set up in 2016 by OBO.

Both labels have boasted music superstars, and in turn, produced hits from each camp. Today we continue with 10 hit songs from DMW.

When Peruzzi collaborated with 2Baba on "Amaka" (2018), many knew talent was upon us. He tried with several songs but none brought forth a (solo) hit record... Until "Majesty," off the Heartwork project. Like "Jealous," it was made popular by a video that starred former BB Naija housemate Cee-C and was a visual representation for Peruzzi's classic love record.

Nowadays known as the Mayor of Lagos, Mayorkun was put on by Davido after impressing with a rendition on Instagram. "Mama," was his second song, after "Eleko," a hit in its own right. "Mama," suffice to say, is an iconic record, well-written and properly sung, and will be mentioned amongst hits any day, any time.

When Port Harcourt's finest Duncan Mighty made a resurgence to music fame in 2018, everyone wanted a song with him. "Aza" was one of the better songs of that great run, facilitated by DMW, and features Peruzzi and Davido who, alongside Wene, gave us an anthem for rich people with money to spare. "Baby you wan see my wire/oya send your aza!!!"

Our list of 10 hit songs from DMW continues below

Dremo has always dubbed himself "rapper wey dey sing song" and he's backed that claim with his attempts at Pop beats, especially on pon pon sounds t DMW are known for. "Kpa," off Codename Vol. 1, is one such song.

In November 2019, Davido released his sophomore album, A Good Time. A sprawling project which housed a couple of (relatively old) hit songs, "1 Milli," an infectious ode to Love, grew from the newer songs on that project, becoming a modern classic.

"Geng" has been one of the biggest songs of 2020, a year notoriously slow with hits. Having adapted his rapper tendencies into a resounding jam, Mayorkun brilliantly worked the moment into a 4-track EP featuring, among other rappers, M.I Abaga and Vector. You know me? Who? Geng!

Ever since 2017 when it was released, Davido's Kiddominant-produced "Fall" has continuously risen in profile, even though its viral moments are largely over; at least in Nigeria. In America and Canada, the record has earned itself multiple certification plaques.

In the early moments of the Shaku wave which would go on to be popularized by rapper Zlatan Ibile, Davido featured on a couple of songs with him. "Bum Bum," a loud jam which banged in the loudest spaces, both artists getting first taste of what would be a fruitful musical partnership.

It's a known fact that DMW posse cuts rarely flop. Each four of its top acts, in 2018, came together to fuse their uniqueness to create an Afro Pop banger worked by the skilled fingers of in-house producer Fresh VDM.

"Na money be fine bobo" was just about the most popular phrase of the time, a tidbit of popular culture hinged on money and romance. Mayorkun, with verses dripping with cheeky puns, does justice to the record, and Davido complements him greatly.

There you have it! Our favorite 10 hit songs from Davido Music Worldwide (DMW) Label.