Burna Boy’s ‘Anybody’ and Rema’s ‘Iron Man’ have made former U.S. president, Barrack Obama’s Favorite Music of 2019 list. Mr Obama disclosed this on Twitter as he tagged the annual list as a “favourite tradition.”

Both musicians are the only Nigerians on the list while their famous tracks were mentioned alongside 32 other songs. 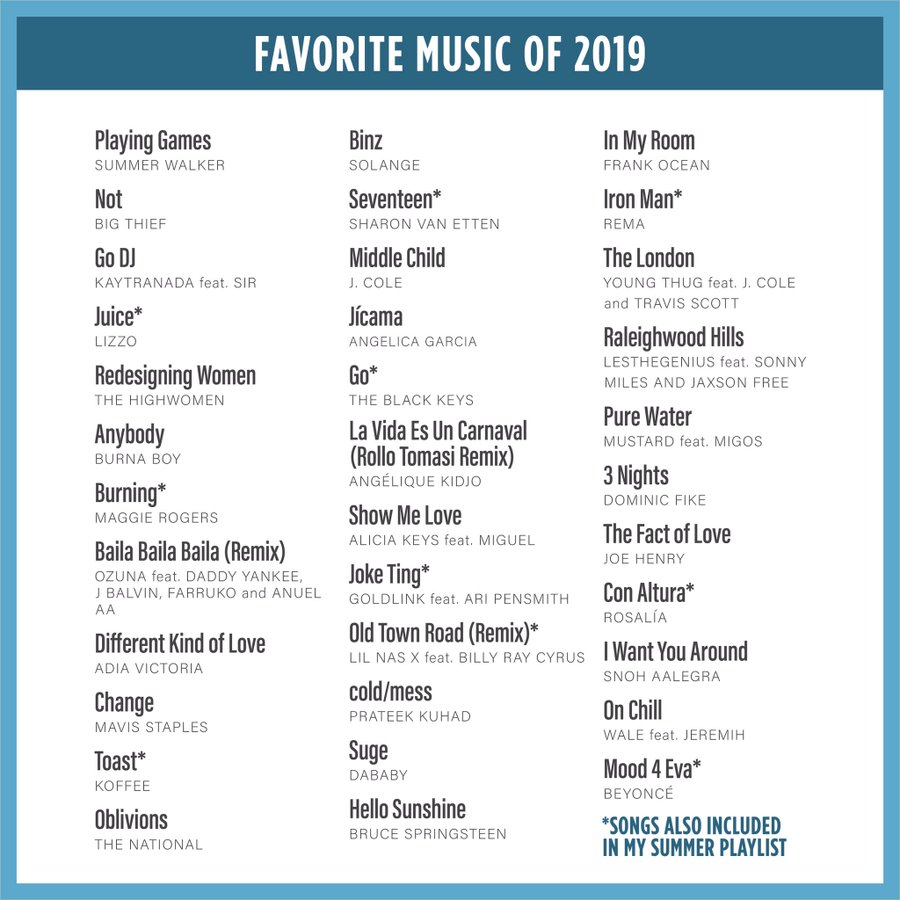 ‘Anybody’ was featured on ‘Ballers,' a popular American TV series in September 2019. Rema's 'Iron Man,' more famously, made The Obamas Summer Playlist back in August. Good to know that Ol' Boy Obama still rocks with the banger.