Young, stylish and impressionable; Nigerian artiste Dremo is an emerging Hip-Hop powerhouse in his country, keen on putting his own mark on the urban new school rap. Renowned for his no-apologies-to-make lyrics, Dremo made his debut on Coke Studio Africa 2017 as the Big Break Artiste paired with Kenyan rapper Nyashinski and South African duo Mafikizolo. 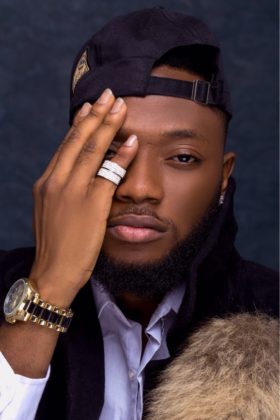 Dremo got into music, songwriting and production at just 12 years of age. After kicking off his career under APPE Music Entertainment, he got snapped up by one of Africa’s biggest music acts Davido in 2015, under his record label Davido Music Worldwide or DMW. It was not long before he musical star started to shine and his music topped the charts following the release of Fela and Ojere in 2016. The song earned Dremo a nomination at the Headies for the Rookie of the Year Award. In 2017, he dropped Who?, which is currently ruling the airwaves in Lagos.

Dremo is keen on his craft and an avid learner when it comes to different musical experiences. He believes that music should be fluid and as a testament to that his music has easily crossed borders, growing his popularity tremendously over the few years he has sung professionally.

MAN BEHIND THE MUSIC

Dremo was born Aboriomoh Femi Raymond in Edo State, Nigeria before moving to Ibadan, in Oyo State. Developing an interest in music at an early age, Dremo got into songwriting and production when he was barely a teenager.

Dremo has continued to nurture his music and is slowly becoming a household name.