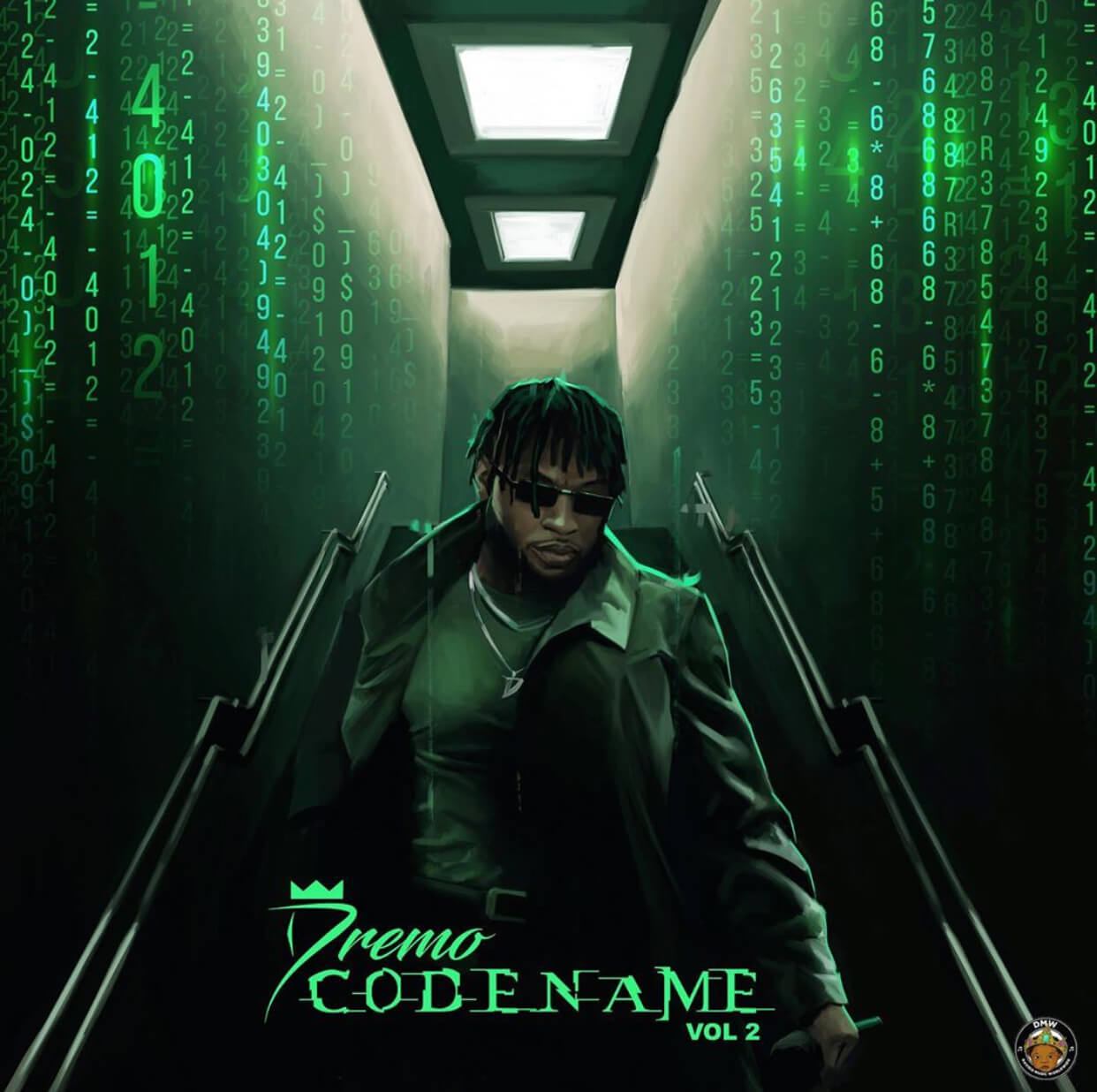 DMW Artist Dremo, last Friday, released the second tape in his Codename series 'Codename Vol. 2', here is an Album Review of How good it is.

Inside the first minute of Dremo's latest project, he raps "So when you talking about who's the best rapper in Africa, leave my name out your mouth", going on to declare his focus on "wetin dey put food for (my) mouth". Ironically, that declaration comes on "Stfu", a bar-heavy track.

Since his "Panda" cover which had him pair the eccentricities of the Desiigner song with some of the qualities Fela Kuti has come to represent (artistic freedom, political commentary, etc.), Dremo has sought out something extensive from that blueprint. It's obvious: he isn't a careless artist, satisfied with just a few coins. He wants his name mentioned in the same breath as the greats, and he'll pursue this to the strength of his artistry, ever-growing.

Similarly, the opener of the first volume in these Codename series opens momentously. "Nobody" had him in autobiographical mode, and amongst other personals, talk of the nature of his signing onto Davido Music Worldwide. Discussing Dremo, it's important in recognizing how DMW informs his moves; surrounded by Popstars and having witnessed the clout their music attracts, it's not unusual he dubs himself "rapper wey dey sing-song". On songs like "Bigger Meat" and Davido–assisted hit "Kpa", he's shown the knack for singing. There's always going to be a certain freshness when a rapper sings, bringing lyricism to melody, a perfect marriage of some sort.

But Dremo hasn't had a perfect marriage. Amongst critics, he's yet to have found his place; artistically, that is. Amongst fans, he's the best rapper since 2Pac (he's not), and amongst detractors, he hasn't had a moment that was entirely his since the "Panda" cover.

Codename Vol. 2 – released unannounced last Friday – was a chance to change that. And for long, it did, as the album trended, and there was some genuine buzz around the release. Label boss Davido got into an exchange with YCEE which quickly turned sour. My Twitter timeline exploded, and Codename Vol. 2 was the name on its streets.

Do away with all that for a moment. How good is Dremo's new project, and how does it move his artistic pursuit to be a rapper who could, on his better days, be an M.I Abaga and a Naira Marley? 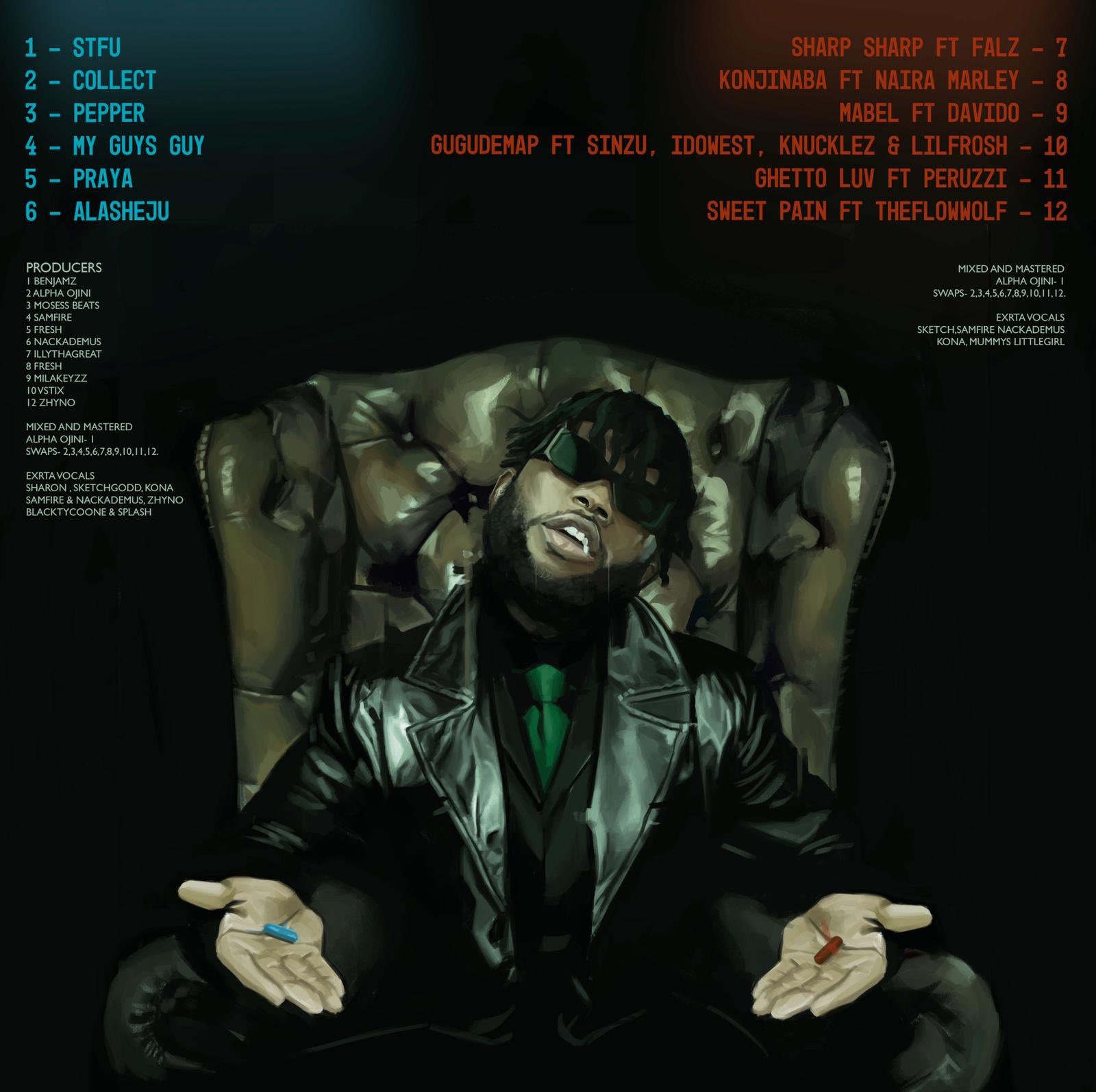 One thing's clear: Dremo's improved a lot. From his rapping to the melodies, it's more complete than what he offered in the past. Whether it's on impressionistic rap records like "Collect" or "Stfu", or on Pop–reliant bangers "Alaseju" and "Konjinaba", he's owning his voice, and there's that quality that comes with such confidence.

On "Ghetto Luv" and "Mabel" which features DMW brethren Peruzzi and Davido, the high energy raps are replaced for mid-tempo production and laid-back Lamba verses, the obvious connection to both songs being the love interest. Both labelmates come through for show-stealing hooks, and their presence brings the cherry. Make what you will of Afro Pop's constant flirtation with such themes, but rapper Dremo isn't far off behind. "I'm a new man, hallelujah eh/ slay mamas wey dem go away", he sings in "Mabel", a potential hit record.

Dremo, from his earliest days, has seemed intent on collaborations. His first tape featured just about whoever he could: Davido, Simi, Mayorkun, Peruzzi, Sinzu. That continues into this, so it's no surprise the more memorable records on Vol. 2 come on feature-laden tracks. "Gugudemap", a corruption of 'Google the map', has him sharing the bouncy Trap rhythm with a trio of rappers on the DMW roster. Built on many a rapper's tendencies to paint the aesthetic of a commando esque character, Dremo raps on its hook:

They asking where I'm from

I tell them "Google the map"

Walking around with a strap

Push me and imma react

"Sweet Pain", a personal favourite, takes on the groovy percussions and horns peculiar to Hiplife, and The Flowolf comes through with what is perhaps the best hook on the project. Dremo's lyricism leaves little to the imagination ("I hear say your bigger meat is sweet in the middle"), and the sexually-charged refrain takes precedence from the sample of a 2012 Original Stereoman song. "Sharp Sharp", a money adulating number, has both Dremo and Falz audaciously rap about having "too much cash". While a somewhat strange choice for a closing track, listened in itself, it isn't a bad song. Quite good actually. The second Dremo verse on which he drops a Timaya bar is just about the stuff he's made of: playful, energetic, self-aware.

Codename Vol. 2, to Dremo's credit, is an upgrade on his last tape. He cannot be said to have had a great debut, and thankfully in this case, the sophomore myth falls flat. On Codename Vol. 2, the tension between the rapper who stole hearts on his "Panda" cover and an artist who's part of the DMW machinery is blurred, and whereas a writer suggested that with his debut, "Dremo (is) just filling commercial lanes with this EP, playing rock-paper-scissors to see which one blows up big", that doesn't seem the case here.

Listening, you hear the sections that needed improving, and when you hear a hit, you know it's one. "Mabel" doesn't seem forced, neither does it come with a DMW type beat. No doubt, some will listen and find too many fun moments and little introspection or commentary, especially in a world where so much is happening. No doubt, Codename Vol. 2 isn't the Great Nigerian Rap Album, and I'm sure Dremo's not keen on making that – he couldn't if he tried, not at this stage of his career. Part of being a fan of an artist – taking his or her humanity into consideration – means to grow with the artist. Very often, we listen to a lot of projects (from artists in different phases) and expect something perfect from an artist still in his first phases – it's unjust to growth and the much-talked-about Process we're all supposed to trust.

On Codename Vol. 2 Album, Dremo's process, and rapping (very often disguised as singing) is yet developing. At the moment, he has delivered an enjoyable project. Save for a few drab moments in the midsection, you'll love this one.