Nigerian megastar and Mama Africa, Yemi Alade has reacted to the multiple Grammy Award winner who is also her musical icon, Beyonce, being a culture vulture and also touring Africa on her latest interview on The Beat 99.9 Fm with Toolz. 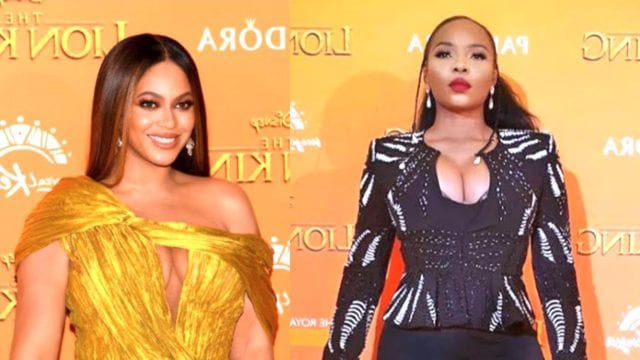 Having been privileged to collaborate with the living legend and pop music goddess, Beyonce on 'The Lion King' (The Gift) album and 'Black is King' project which was based on projecting African culture in all her shades of splendour and glory, Beyonce still received some backlash for her powerful and intentional project. Despite her good intentions to connect to her African roots, critics and naysayers felt Beyonce was exploiting the fast-rising but still expanding African creative industry which is becoming global and Yemi Alade has given her opinion on that.

The interview which took place on the 5th of December 2020 had Yemi Alade talking about her recent album 'Empress', male temptations and Beyonce. Yemi Alade spoke highly of her musical icon, Beyonce and addressed some misconceptions about the living legend. In Yemi Alade’s words:

It was great to finally meet her in person when she invited us for the Lion King lunch in London. Something that resonated in my soul was to see such a powerhouse as herself do something for Africa, like trace her roots. For some time now, the western media have painted Africa as a Sh*thole and I think her representation of Africa was more cultural based than actually of a thanksgiving.

While the interview continued, Toolz expressed that one a flip side some people think Beyonce was a culture vulture, capitalizing on Africa being the now and despite having a successful African project, most people believe that Beyonce wouldn't tour Africa.

On this insinuations, Yemi Alade came to Beyonce’s defence as she highlighted some fundamental issues as to why. She said:

Does Beyonce look like she has black ancestry? Obviously she does, so who should she give praises to. What culture is she vulturing off so to say?  if we ourselves keep saying that black Americans need to remember their roots why is it that when they do, we want to uproot them.

About touring Africa, lets be serious! Are our African artists touring Africa? Touring America has a defined system from train to buses with everything ready to go. Touring Nigeria of which I did 7 years ago is literally life-threatening. From the roads to everything not being in place. The challenges big event companies face while planning interstate events from only trying to move equipment from one city to another is very challenging because there is no standard. With Beyonce, you need to bring the standard all the way. While shooting the videos we used her exact glam team from makeup to hair to everything. There is standard and I understand that perfectionism.

It is here, you want make car jam her, make hospital no fit treat am, con lose Beyonce for Africa. When we think certain things we need to apply it to our reality because it's not going to work. Even me, I will not dare wake up that I want to tour only Nigeria, am I mad?