Multi-award winning single 'Brown Skin Girl' by Beyonce, Blu Ivy and Wizkid wins the Video Of The Year on Soul Train Music Award on the 29th of November 2020. 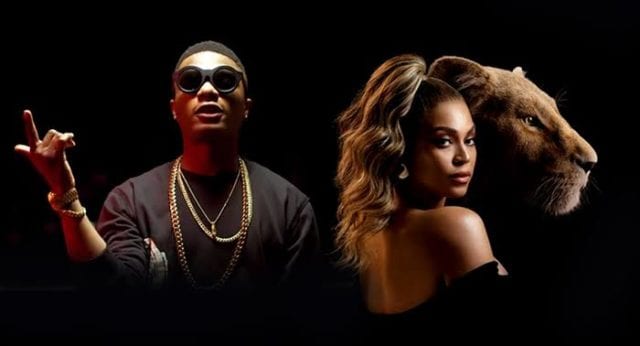 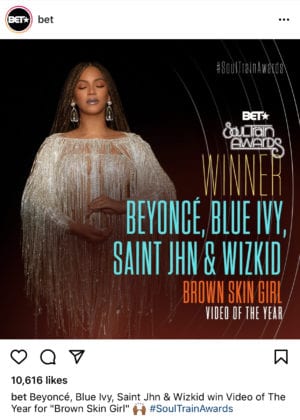 The music video for 'Brown Skin Girl' was featured in Beyoncé's 2020 film 'Black Is King' and was released separately on August 24, 2020. Directed by Beyoncé and Jenn Nkiru, the video acts a celebration and affirmation of the beauty of dark-skinned women.

The 2020 Soul Train Music Awards which took place on November 29, 2020, to recognize the best in Soul, R&B and Hip-Hop music was aired on BET, BET Her, Vh1 and MTV2 with actors Tisha Campbell & Tichina Arnold hosting the ceremony for the third time. The nominations were announced on November 11, 2020, with H.E.R. leading with eight nominations, followed by Chris Brown with seven.