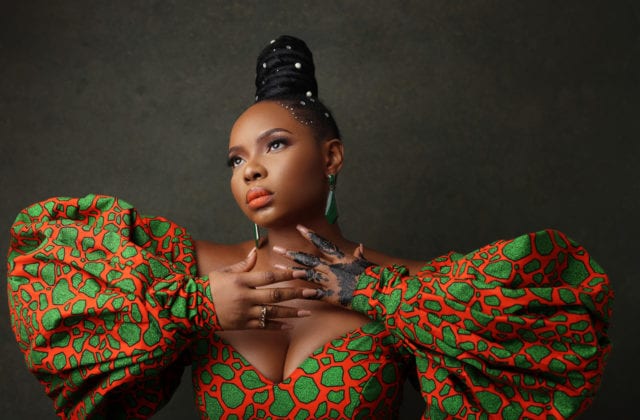 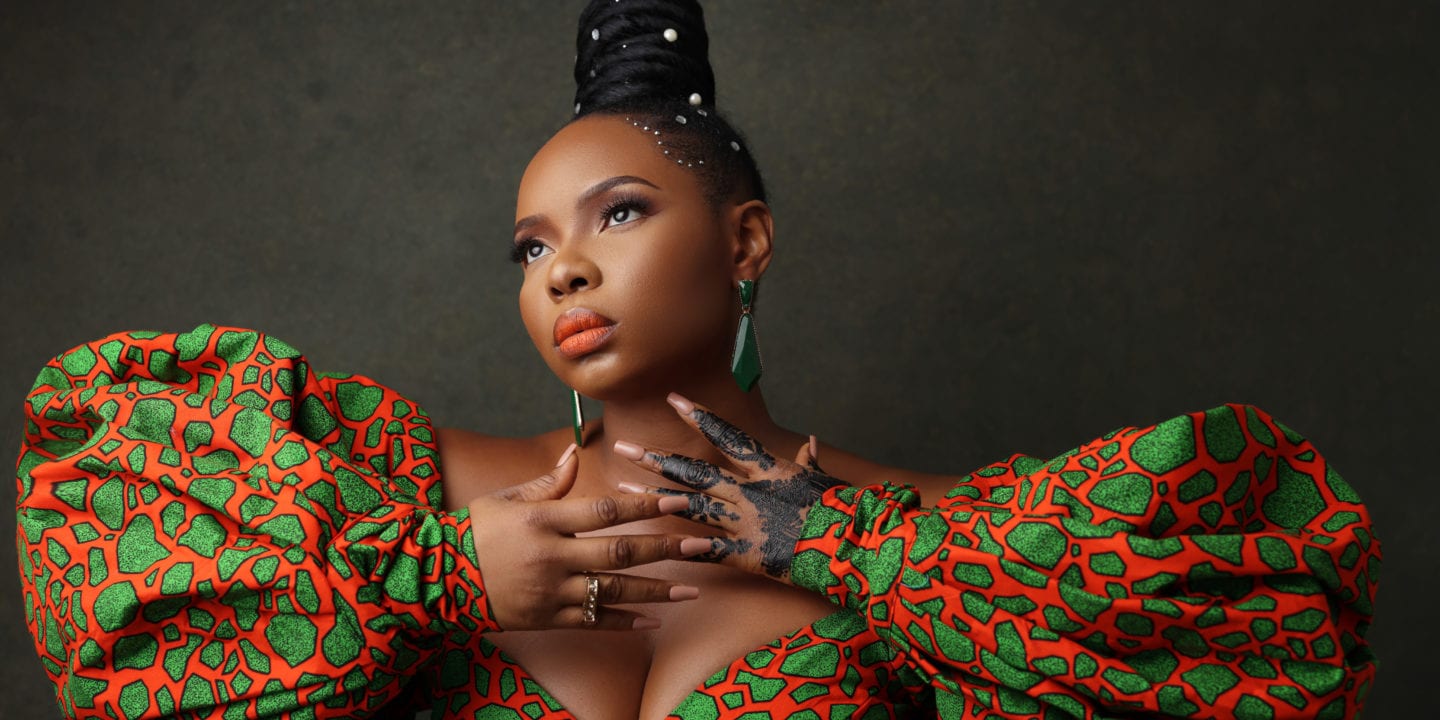 Born Yemi Eberechi Alade, to a Yoruba father and a multilingual Igbo mother, the stars had always augured in her favour to become a global sensation, but for Alade, it wasn’t something she immediately had a grasp on. Now it’s the year 2020 and as music from Africa rapidly becomes the soundtrack of the universe, Yemi Alade is the one who wears the mantle of mama Africa, connecting descendants of the continent with her melodies. 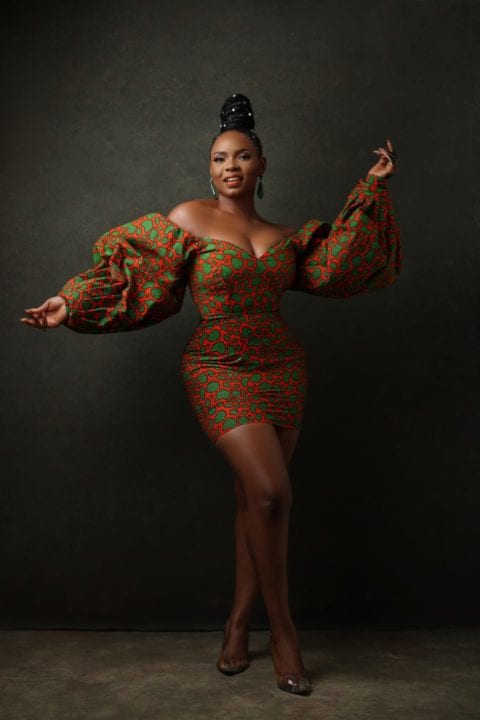 This queen mother status was however not bestowed upon her overnight or by virtue of luck but took the toiling of a near decade-long run in the competitive Nigerian music industry. This run saw her break records to become the African female artiste with the most viewed video on YouTube and a two-time win at the MTV Africa Music Award. To attain such feats, she weaved stories into many-flavoured and dialected tunes, shattered records to and released a total of six body of works and five studio albums.

Following the release of her fifth studio album, Empress— an ode to the multifaceted and royal qualities of Africans, we had a virtual sit down with her to get the scoop on the process of making the album, her state of mind, working with Beyonce and some Yemi Alade-infused tea.

Empress is your 5th studio album, and the second to have a monarchical title. What was the motivation for that?

Basically, I just want people to know that for real, Africans are royalty. I use every opportunity that I get to portray that in music in style. The title itself was because I wanted to show how certain attributes like being authoritative, powerful, being loveable and being kind could all still coexist and be in equilibrium. I just wanted to show how one person could be a person of authority, power, love, and still, kindness. You know, it’s possible to have power and still be kind.

What was the inspiration behind Empress?

What do you think is different about Empress in comparison to other bodies of work?

I personally believe that every album is a little compilation of where I am as an artiste. So every year and with every album, there’s growth. Definitely, Woman of Steel and Empress, you’ll see the growth in terms of choice of sound, choice of topic, delivery, melodies. You’ll see the diversities in all of these attributes that I’ve mentioned. So that’s one outstanding thing between Woman of Steel and Empress, the growth.

So where would you say Yemi Alade is at the moment?

I guess I’m where I need to be; I’m in 2020. I’m more unapologetic than ever, I’m even more sure of who I am as a person and an artiste. I may not know what the future holds but I’m ready for it as I am, I feel like I’m enough for the future and if there’s anything that needs to be added to that, God has me.

The catch to it is that I actually was already recording Empress as of February this year 2020 and we had booked tickets and we went all the way to Amsterdam to go and record this album and we mixed sounds with Dutch producers. But what this Covid period did for us when we finally came back home is that it allowed us time to finally dot our ‘Ts’ and cross our ‘Is’ on the music and really listen, take time to simmer. But as far as creativity, I don’t think I record as much as I normally would because now with this restricted environment, for me, I am more inspired by my environment, being able to move around, see people, meet people, hear their stories, be in their stories. And with this restriction of movement, there’s less creativity, not like there’s no creativity at all, there’s just less.

Getting into the album, on Yoyoyo, you were like a social commentator, and you were pointing out accountability issues of young people, would you like to speak more on that?

Even old people are guilty of this. So I literally assumed the role of social commentator, in my head. A lot of people are happening these days in the name of relationships. I think some guys just wake up one day and think I’m going to destroy about 7 girls’ lives and some women also wake up in the morning and say I’m going to destroy 5 guys’ lives, whether married or unmarried, I don’t care. I think some people literally just do that, like it makes them feel good so I decided to write a song about it to tell them, ‘we see you and we hail you, we have never seen anybody like you’.

Let’s meet Yemi Alade, Mama Africa, will fans be getting a French translated version of Empress?

Well I’m going to have to think on that because I think I did something like that for Woman of Steel, we had some songs that were translated, Poverty and the likes.

What language of all these languages you translate your music to would you say is your favourite?

Oh my days, Swahili is so sweet, I could eat it *sings a line in Swahili*

Your sound is unique, what makes you make music the way you do?

I guess over time, my ears have translated music to soothe my soul and because of that, when I open my mouth, it is my flavour that you hear. You can almost say Yemi Alade is a genre to be sincere, like ‘ah, that’s Yemi Alade’s type of music!’ I am my music and my music is me.

On Empress, you had 5 artistes featured, how did you select who to work with?

On my collaborations, most times, I have to first be like a huge fan of the artistes and our schedules have to coincide to permit collaborating because collaborations go beyond just jumping on a song. There’s a lot of communication that will be involved, chemistry, all these things and I’m grateful that all these dots connected while trying to work with Estelle, Rudeboy, the youth choir from South Africa and others.

Speaking of collaborations, following your appearance at the Savage concert and Tiwa mentioning a collaboration, should we have any hopes of that?

To be sincere, we’ve been getting a lot of requests to that so I’m sure that at some point, something is going to give, let coro just go away. 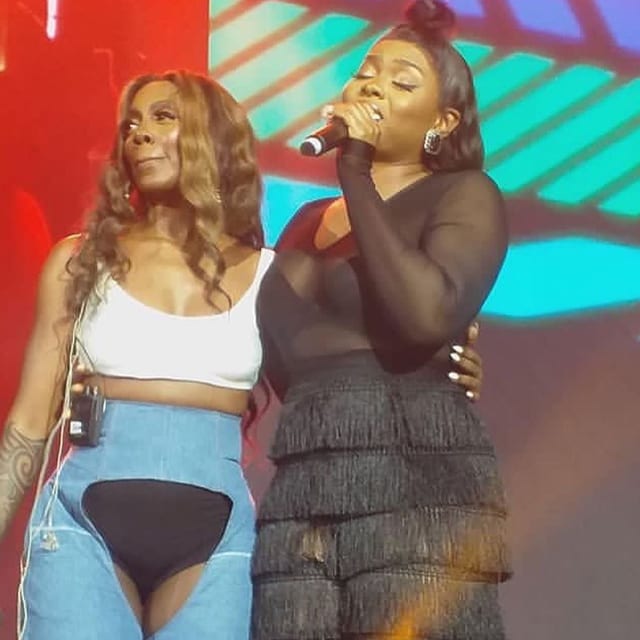 Yemi Alade and Tiwa Savage Performing at Everything Savage Concert

What other artistes would you love to work with?

What was it like working with Beyonce–  who you’ve mentioned as being your favourite artiste, on Lion King the Gift album?

It’s such a dream come true and to look back at the moment and think ‘wow did that really happen?’ And I’m happy that an artiste of her caliber thought it right to pay homage to Africa because a lot of people rather regard Africa as negative or put it in a negative light.

You’re known as Mama Africa but after Black is King, some people were trying to give that title to Beyonce and we know you love Beyonce but how did that make you feel?

Indifferent cause it’s nobody’s title to give to be sincere. I feel like every African woman is mama Africa, the minute you wake up in the morning and accept yourself for who you are, your skin, your hair, your all and you say with your full chest that I am African and proud. I don’t think it’s anyone’s title to give– it’s not my title to give.

You have a really large presence in other African countries, was this an intentional strategy?

To be sincere no, it just started. Even as a very young girl, I didn’t have any ankara fabric or clothes. I grew into it and I just started falling in love every day with our culture and the culture I see in every other African country. It’s just like being in a relationship, you can’t exactly say who you fall in love with, it just happens and you accept it.

Other than Nigeria, if you could live in any other African country, where would it be?

I have two options, I’d either go to a country that I’ve not yet visited or Kenya– I love Kenya. So I’ll either live in Kenya or I’d go all the way to Gabon– that’s somewhere that I haven’t been before.

Other than ‘I Chose You’, what other video should fans be expecting off the album?

I’m still confused because I’d shot some videos and some are yet to be shot and I just feel like I want a video for every song. I might be doing ‘eenie meenie miney mo’ to select, I don’t know but just expect spectacular amazing videos off Empress.

Your favourite song off Empress?

Here’s the catch, I feel like there’s a song for every mood depending on my mood right now, I would say what I’m feeling. But in general, there’s literally a song for mommy, for daddy, for the kids, for the young boys, those who are of marriageable age, those who are married etc. And right now at the moment, I feel very chilled, I’ve had a long day so I would very naturally be listening to Ice.