Still enjoying 'A Better Time' season, the Baddest himself, Davido opened up to DJ Cuppy about his EndSARS participation and music. 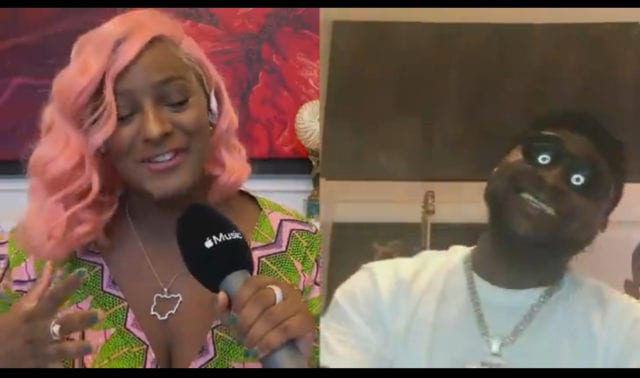 READ ALSO: Davido Reveals How He Hopes To Be Remembered

Davido expressed his delight about his monster hit song ’FEM' being the EndSARS anthem, however, he opened up to Cuppy via her 'AfricaNow' show on Apple Music on the 16th of November 2020 that it wasn't a deliberate act as he had recorded the song since May.

It was just timing mehn, to be honest, I recorded FEM since May. There's a post on my page where I put the snippet of FEM for like 20 seconds, this is like May or June. I didn't see this coming, I dropped it, few weeks later everyone singing FEM at the protest ground. I even went to the national state-building and they said Davido you went to sing a song for us, I said no oh! I recorded that song since May and it just happened to be by chance. I was happy to see them use my music as a voice and not being violent.

Many have regarded FEM as the anthem for #ENDSARS protest but as Davido said, this is more about timing than an intentional act.