‘First of all it’s not a floppy disk.’- Davido Replies Burna Boy

Nigerian megastar and main man of the airwaves presently, Davido, has affirmed the quality of his latest album; ‘A Better Time.’ 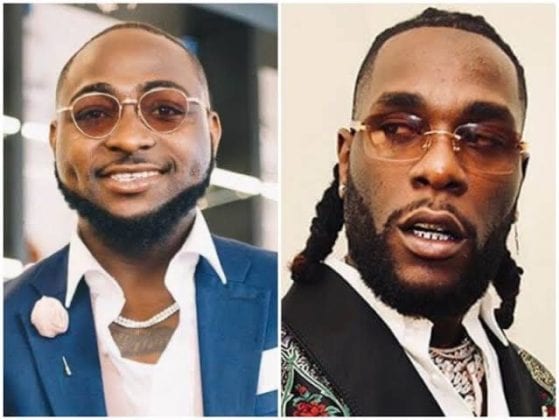 He made this affirmation in an interview with music channel, Soundcity.

A 15-second snippet of the yet to-be-aired interview was shared online. In it, Sheye Banks asked

We know Ifeanyi was the inspiration behind ABT. What would you say is the strongest message ABT sent?

To this Davido responded swiftly with the words;

RELATED POST: Davido Reveals How He Hopes To Be Remembered

This comes after Grammy-nominated artiste, Burna Boy tweeted “Floppy Disk,” some hours after Davido took to his social media to roll out the tracklist ‘A Better Time.’

Burna Boy’s comment was interpreted by several internet users to be a summary of his thoughts on Davido’s then upcoming body of work, ‘A Better Time’.

Recall that Davido and Burna Boy have officially been at odds for about a year following the latter’s premier at the Grammy as a nominee.

Davido’s ‘A Better Time’ which is his third studio album was released on the 13th of November and has since enjoyed positive reception from music lovers and critics.

What do you think of Davido’s answer? Should he have replied Burna Boy?

Did you catch the exclusive with @Davido?