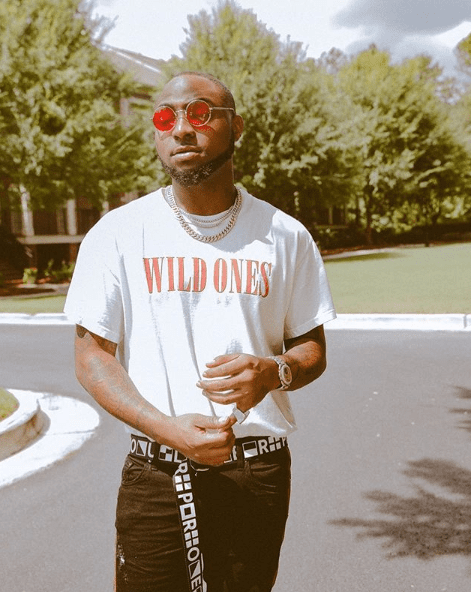 Davido's new song "FEM" is right now one of the biggest songs in the country. Actually, the biggest, according to the charts from digital streaming platforms.

This was an exclusive report by TurnTable Charts which gathers, analyzes and publishes charts from all streaming platforms.

An excited Davido took to his social media and shared with fans the great news. 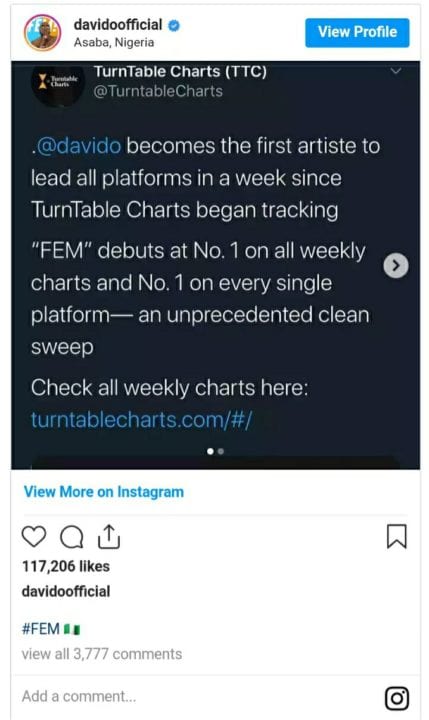