Tiwa Savage and Her African Bad Gyal Supremacy: Here Are 9 Times She Established Her Reign 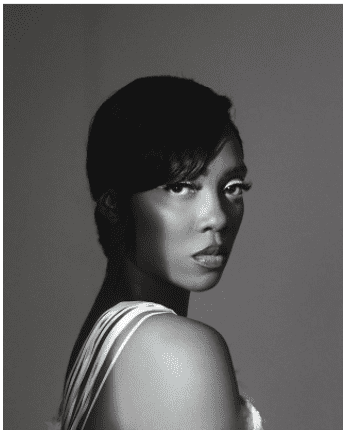 On the 5th of February, Tiwatope Savage, or Tiwa Savage, fondly referred to as the African Bad Gyal, turned a year older. While her Wikipedia page says she’s now a year and fourty years old, evidence seems to show that she hasn’t aged a day since she first broke out on our screens almost a decade ago with the delightfully spicy Afropop number, Kele Kele Love where she introduced herself as a woman not to be toyed with.

In honour of the African Bad Gal, Tiwa Savage, we've taken a walk down memory lane to look at 9 times she established herself as a force to be reckoned with in the music industry:

Back in 2013, the Nigerian music industry was just beginning to build up serious speed and the pioneers we now have of the globally enjoyed afropop were only just starting out as fresh sensations and breakout acts. Amidst all of that, the industry was a major testosterone fest and was seriously lacking female presence.

All that changed when a stunning woman with arresting vocals appeared on our TV screens, commanding our attention with diva-like grace and moves as she sang about the quality of love she was suited for.

That woman was Tiwa Savage and the music video, Kele Kele Love. It had gotten massive airplay on the radio and music video stations and had given music lovers quite the topic of discussion at their office or school desks among other places.

That was also the beginning of the affair between music lovers and Tiwa Savage who would go on to entertain us with quality songs after another, done up in her fairy-airy voice and also birth a legacy of music videos the likes of which had not done by any female artiste from the +234 before her.

ALSO READ: 6 Things You Should Already Know About Tiwa Savage as She Turns 41

After her breakout, we’d been enthralled by Tiwa Savage’s entrance into the music scene but the industry was rife with one-hit wonders whose names disappeared once the DJs and radio tired of their breakout songs. So it was quite the surprise when we got double servings of Savage's songs with Love Me x3 and the Don Jazzy assisted Without My Heart. They were both instant favourites that came with equally impressive videos.

Meanwhile, at this point, she began to be likened to iconic RnB singer, Beyonce and given her styling choices, choreography and vocal dexterity, it wasn’t a long shot.

Eventually, we'll find out that Tiwa Savage indeed had ties with the American singer as she'd once sang backup for her. These ties later came full circle on Beyonce's The Lion King: The Gift album where Savage alongside Mr Eazi were featured on Keys to the Kingdom

For Tiwa Savage, doing backup had opened her up to the arduous backend of stardom even before entering into the limelight and according to her, had prepared her for it.

3. Tiwa Savage a.k.a the African Bad Gyal VS the NBC

Everyone needs a helpmate and for pre-stardom and early 2010s Tiwa Savage, that person had been her future husband and later ex, Teebillz, or Tunji Balogun, but first, he'd been her manager. He was the one who'd boosted her decision to come back to the homeland and churn out her crossover flavour that was a blend of RnB and Afropop. He'd also advised her to present her brand with a dash of sexiness.

It was this sexiness and fierceness we'd been presented with from our first introduction to Ms. Savage and the core of which her ‘African Bad Gyal moniker’ had been birthed from.

Well, while music lovers had been thrilled by her oyinbo-like visuals, the National Broadcast Commission had represented the typically conservative Nigerian outlook and had taken it with an upside-down frown. In fact, the video of Love Me 3x, the second single for her Once Upon A Time album had been banned and some of her performances, cancelled.

ALSO READ: "The Industry Wants to Dictate to Females"- Tiwa Savage Speaks to Ebuka on Sexism in Music

4. Fighting Back with More Sexiness

No grounds are ever broken by following the status quo. Likewise, the backlash and the naysaying to Tiwa Savage’s projection of sensuality didn't stop her but instead fuelled her to express herself in even more alluring ways. According to Savage, the more the backlash, the higher her hems went.

But the biggest middle finger yet was given in 2014 with the video of her dancehall-inspired Wanted. Tiwa Savage had appeared in her video all alone in a sheer skin-coloured catsuit and had danced and twirled like the ultimate vixen. It was sexy, it was powerful and it was different shades of provocative to different minds.

This fire never burned out and sometime in November, the afropop queen dropped a pictorial banger when she shared black and white pictures of herself with nothing but a large white towel delicately wrapped on her.

Another way Tiwa established her reign as the African Bad Gyal was her run with Mavins Record Label as their first lady and top striker for seven years from 2012 till 2019. Her joining the record label not only helped to push past the sour note of the collapse of Mo’Hits but gave them a refreshing new flavour as was evidenced on their Solar Plexus album.

Eventually, when Dr. Sid and Wande Coal left the label, Savage really came to the fore as the voice and face of the recording company and wore the shoes of the cool elder sister when Di’Ja, Reekado Banks and Korede Bello were signed. When she did leave in 2019, her impact was acknowledged by Mavin Records’ owner, Don Jazzy, who gave her a touching parting speech on his Instagram page.

Tiwa Savage also did the same and this dispersed any thoughts about their relationship haven deteriorated.

Following her elaborate marriage to Tunji Balogun, -- a traditional marriage in Dubai, late in 2013 and the white wedding in early 2014, which was an equally plush affair-- and her announcement of being with child six months later, most people expected Tiwa Savage to settle quietly into family life, but not the African Bad Gyal.

Yes, she did settle down to family life as a single mother mostly, but on the road to becoming mother of Jamil Balogun, she made her entertainer status known to the still-forming child and the rest of the world, by giving a pumped-up performance in Uganda at a women's day celebration, while being heavily pregnant with him. She also recorded her second album R.E.D, while carrying him.

So Tiwa Savage had not only kept at her craft with rugged undiva-like grit while being dressed to the nines, but had simultaneously dismantled the trope that women shouldn't juggle family life with (entertainment) work.

Tiwa Savage may be reserved-- a trait she has admitted to, but regardless of this she's anything but timid and never fails to live life according to her terms.

Her brazenness was however channelled in a different way in 2018, the year after Ma Lo with Wizkid. It was her second collaboration with him but this time it was bigger and came with a wave of relationship rumours.

Their relationship was never confirmed by either party but this did nothing to quell the speculations as they were very much involved with each other and got a lot of media coverage.

The rumours started to swirl some months before the release of the video of Ma Lo; a song about lasting and enduring love, and gained strength after its release and in subsequent months when they performed it together while thrilling fans with display of affection.

Eventually, they'd made another video together where Tiwa Savage simply starred as Wizkid's love interest for his Fever song. It was powerfully steamdy and had gained a million views in less than an hour and broken the Nigerian internetsphere.

Then, Tiwa Savage had been 38 and Wizkid, 27 and many had disapproved of their closeness, hitting Savage with the harder end of the bat of condemnation due to the age dynamic. But the African Bad Gyal had remain unshaken, and the duo continued to shut down shows with their joint performances serving as the highlight.

8. African Bad Gyal to the World

On the list of the many things that make Tiwa Savage the African Bad Gyal lies another list; a rather lengthy one of her performances and awards but local and international and co-signs where she gracefully exported her style of afropop to the western world. For instance, in 2016, she became the first Nigerian artist to be signed to the Jay-Z owned Roc Nation after penning a management and publishing deal with them.

Two years after, she sold out the famous London-based 02 Arena and shut it down with the energetic performance that is a hallmark of her brand. That same year, she bagged another first as she became the first woman to win an award for Best African Act at the 2018 MTV Europe Music Awards.

Her signing to Universal Music Group then came the next year after which she exited Mavin Records in a seamless way.

Another noteworthy notch on her belt would be how she squashed the narrative on women not supporting women and simultaneously ended the beef between her and contemporary singer, Yemi Alade, by bringing her out to perform at her Everything Savage show in December of 2019.

A major milestone after her UMG deal was the release of Celia in 2020. It was her reflection on the power of women like her mother which she named the album after, and herself as well. Celia was released to much critical acclaim and review and she performed singles from the album on platforms such as NPR's Tiny Desk and Jimmy Fallon's Tonight Show.

There were these performances and then there was her debut on the MOBO stage where she performed her hit single Koroba which points at sexism and the hypocritical way in which people judge women and underprivileged people in general. After this, she glided into the intro track; Save My Life. The set was ethereal, her vocals and backup were topnotch, her performance soothing, and her second performance, powerful as she couldn't resist raising the #EndSARS issue by asking "Who gave the order?" with steel in her buttery voice.

This was not Savage's first turn to political issues as she'd joined the #EndSARS protests in Lagos and had even taken the cause abroad when she appealed to Beyonce to join voice with it. In songs like 49-99 and Koroba, Savage also addressed societal issues like poverty and corruption and the public's harsher judgment of women.

For women who suffered sexual harassment, Savage also founded a non-governmental organisation, We Are Tired, to help them get funding for justice.

Now in present-day where Nigerian music continues to grow in popularity and in demand, the breakout acts of the 2010s sit athrone as the leaders of the pack and Tiwa Savage remains the unapologetic African Bad Gyal and queen of afropop.

What other Tiwa Savage moments served to resound her African Bad Gyal alias in your mind? Feel free to add them in the comments.