Tiwa Savage’s third studio album, 'Celia' has been selected by Time Magazine as one of their 10 best albums of 2020. 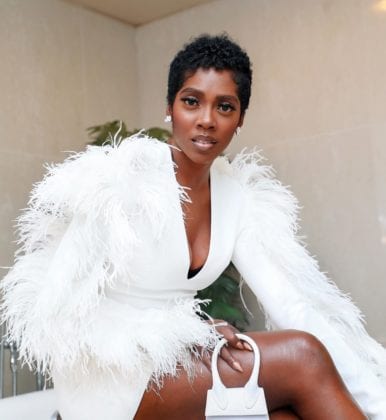 In an article posted on their website on Friday the 27th, the publication listed the popstar’s album as number ten on their selection of diverse albums from around the world.

A jubilant Tiwa Savage posted a screenshot of ‘Celia’ featured on Time Magazine, on her Instagram with the caption; “I doubted many things but one thing I knew for sure was what a beautiful body of work myself and everyone involved created. We created MAGIC.” 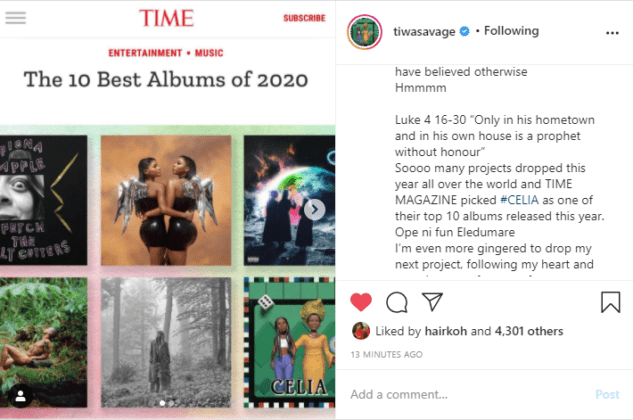 Tiwa Savage shares a screenshot of the good news

Quoting a Bible verse, she then went ahead to give thanks to God saying, “Soooo many projects dropped this year all over the world and TIME MAGAZINE picked #CELIA as one of their top 10 albums released this year. Ope ni fun Eledumare”

Celia was released on the 27th of August this year and is a 13-track album named after her mother and dedicated to phenomenal women.