Queen of Afrobeats and African Bad Gyal, Tiwa Savage took the #EndSARS campaign to the 2020 MOBO Award stage with an electrifying performance. 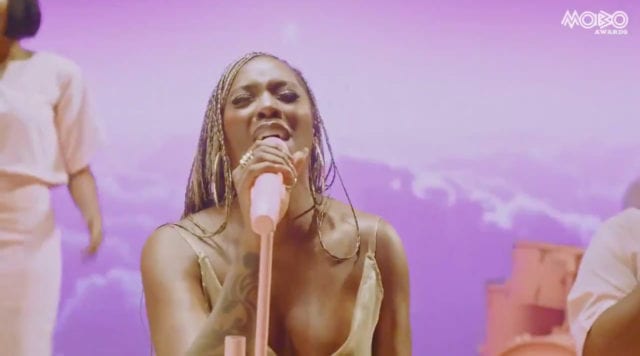 Beautifully dressed in her ravishing outfit, Tiwa Savage thrilled the audience with her melodious vocals during her MOBO Award performance which was held on the 9th of December 2020. While performing, Mummy Jamjam as she is also referred to, sang authoritatively but melodiously a question;

Who gave the order?

That sentence was directed at the Nigerian government and the Lagos State political elite to reveal to Nigerians who gave the order for the Nigerian military to shoot live bullets at peaceful #EndSARS protesters that were exercising their fundamental human rights to protest.

Tiwa Savage performing at the #MOBOAwards.