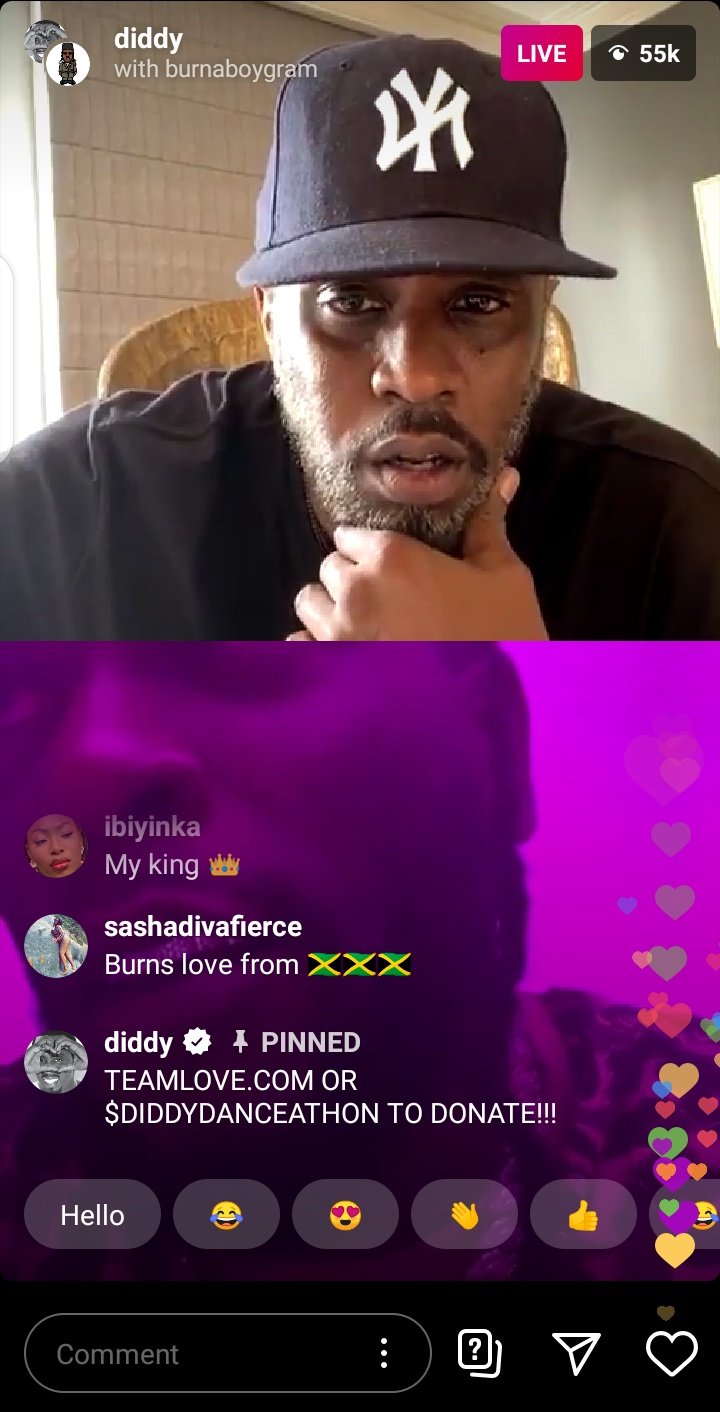 The act leveraged his thirty-plus years in the game to call up talented artists and entertainers in America, and even beyond. Eminent personalities like Will Smith, Jennifer Lopez, rapper Lizzo, came on.

But the moment for Nigerians came when he called up Burna Boy and both of them had an interesting chat, about Nigeria and the situation over here, while later on, Diddy said some nice words to Burna and vibed to his song, "Odogwu".

While Diddy talked with Tiwa Savage, the Universal Music Group artist asked the business mogul when he was going to be coming to Africa. And like Lil Wayne had done, Diddy enthusiastically responded, saying he would be coming soon, with a bunch of other American artists.