Little is known about his early years, other than that he spent most of them in Onitsha, where he attended both his primary and secondary school. Nigeria first heard Zoro music when he came up with his hit singles, such as ‘Achikolo’, ‘Ogene’ or ‘Otu’, which featured the legends of Nigerian music scene Flavour and Phyno. Thanks to the success of the popular Zoro songs, he was able to get his foot in the door of the industry. 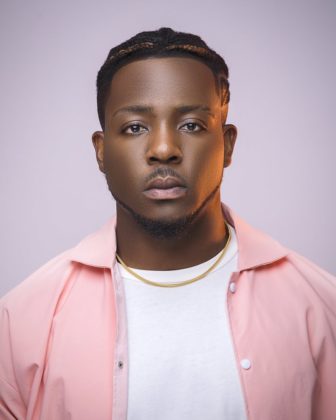 Over the last few years, he has earned several nominations, including Best Indigenous Rapper and Best New Act to Watch at the Nigeria Entertainment Awards, Best Rap Act at the AFRIMMA Awards, and Next Rated Artiste at the Headies Awards. His song ‘Ogene’ (featuring Ycee, Flavour, and Lil Kesh) even brought him a win for the Best Afro Hip Hop Video at the NMVA Awards. Zoro is getting more popular, his catchy tracks in Igbo mixed with some Pidgin English can be heard playing all over Nigeria, particularly in the east of the country. He has collaborated with multiple big names in the Nigerian music industry, including Flavour and Phyno, as well as with Olamide, Simi, Falz, Kool P, Slow Dog, and many more. Most of the music released by Zoro is produced by Kezyklef, a music producer from Enugu State.

Now, when it comes to Zoro's net worth, things get a little complicated, there is very little information about him and his wealth going around on the Internet. For that reason, it is not surprising that several sources disagree on his net worth. For instance, Austinemedia and FreshPointNews claim that Zoro is worth $700,000, while Moss9ja believes that he is actually worth only around $250,000. Most of his money comes from concerts and music sales, but he has also recently acquired his first endorsement deal with Hero Lager. That said, we do know that Zoro musician enjoys having a lavish lifestyle, as evident from his Instagram (@zoroswagbag), where he has almost 300,000 followers. He currently resides in Lagos, where he has a very nice house, and he owns several expensive cars, including a ₦36-million Mercedes G-Wagon (which you can see in the photo above) and a Chevrolet Camaro. Taking into account that Zoro Swagbag is a relatively new name in Nigerian music, we expect to hear much more from him in the upcoming years. Until then, let’s enjoy his music!