Former Manchester United’s manager, Sir Alex Ferguson has hailed the impact of Cristiano Ronaldo since rejoining the team. The Portuguese joined the Red Devils during the last transfer summer window from Juventus. 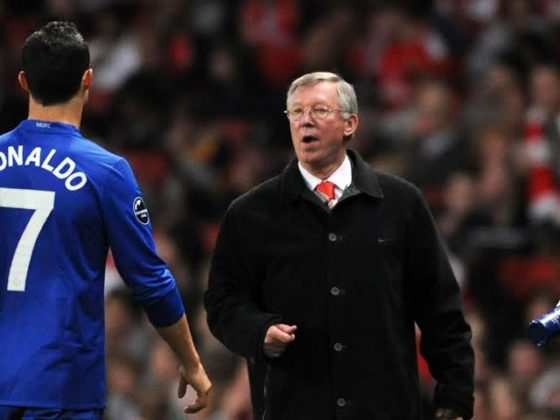 Ferguson was speaking in an interview with was reported by Sky Sports on Monday, September 27th, 2021. The Scottish man spoke about the dedication that Ronaldo puts into games and training when he came to the club in 2003 from Sporting Lisbon.

Sir Alex was in the stands to watch Ronald make his second debut for the club against Newcastle at Old Trafford on September 11th, 2021.

It’s fantastic, you saw on that Saturday that it was like Cesar entering Rome after victory. I came, I saw, I conquered. It was fantastic.

I mean, for anyone who is a United fan, we could have had a million people in there, without doubt, as there were so many outside, hundreds outside. It’s one of these things. When he was here as a kid, his learning process was quick. A lot of people said he was a diver and there was a little spell of that but, after that, he was attacking defenders and all he needed was a nudge and he would waltz by them. He would attack with unbelievable speed. I think the increasing knowledge of his game. I think he was born with a desire. He sacrificed himself to be the best. I remember we were playing Arsenal on the Saturday and it was pouring with rain at Carrington. I said to him, and you know he would always practise after training and I said, In. We’ve got a game tomorrow and it’s too wet. The ground is too soft.

So I went into my office, looked out of the window and what did he do? He went on the Astroturf. I had no argument! I couldn’t say anything to him. He’s beat me.

Ronaldo has scored four goals since he joined Manchester United for the second time. He scored two against Newcastle, one against Young Boys in the Champions League, and one in the Premier League against West Ham.