D’Tigress beat their West African counterparts, Mali, at the final of the Afro basket in Yaounde, Cameroon. The game ended 70-59 in favor of the Nigerian team after a keenly contested match on Sunday, September 26th, 2021. 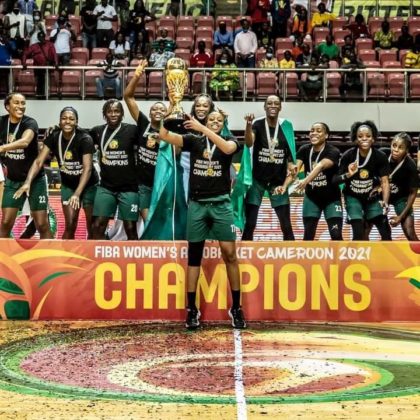 The Nigerian team dominated the first three quarters, winning 22-11, 13-9, 28-14 respectively. The Malians were superb in the fourth quarter, winning it 21-11 points.

Adaora Elonu, captain of the team, emerged as the 2021 Afro basket’s most valuable player. She and Ezinne Kalu were named part of the Afro Basket Women’s top 5 players of the competition.

The last time D’Tigress lost a game on the continent was in 2015. Since then, the team has gone to win two Afro basket titles, qualified for the Olympics and the FIBA World Cup.