#NigerianIdol: Akunna Eliminated From The Competition as Kingdom and Francis Make Top 2

The Nigerian Idol 2021 competition is winding down to the grand finale next week, as the latest contestant to be eliminated is Akunna. 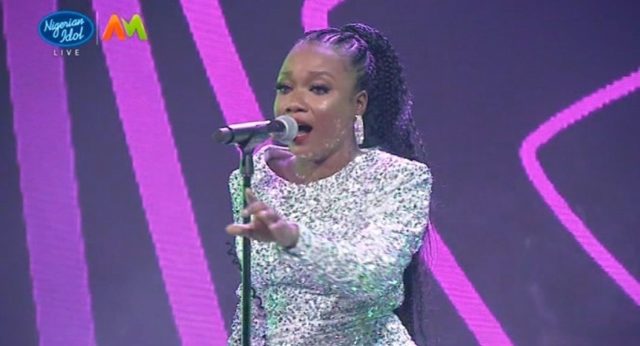 The latest episode of the show aired on Sunday, the 4th of July 2021. On tonight's episode of the Nigerian Idol show, Akunna was eliminated after collecting the least votes in the last round of public voting. The organizers announced her eviction via their Instagram story. They shared Akunna's elimination flier and wrote;

What a fantastic run! She understood the assignment every Sunday! 🔥 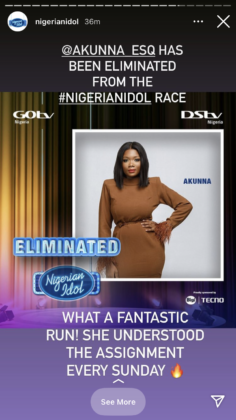 READ ALSO: Comfort Has Been Evicted from Nigerian Idol at Top 3 Stage

Before Akunna, Comfort was the last person to exit the Nigerian Idol competition last week. They both join Faith Mac, Dotun, Clinton, Daniel, Beyonce, Emmanuel, and Faith Jason as the evicted contestants on this year's edition.

Hence, the two finalists for this year's Nigerian Idol competition are Kingdom and Francis. The organizers announced the last men standing with a post on their Instagram story. They wrote; 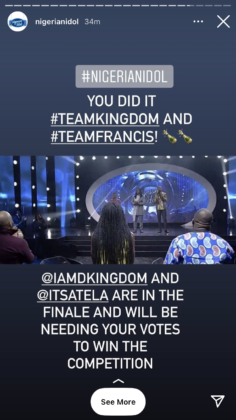