As Bad As The Pandemic Was, It’s Given Us 'A Better Time', Davido Reveals!

One significant thing 2020 would be remembered for in history would be the outbreak of the Covid19 pandemic and how it affected the entire world. While some are left with a sour taste of the lemon, a few others transformed the lemons into lemonade juice to make a not so good time a better time. 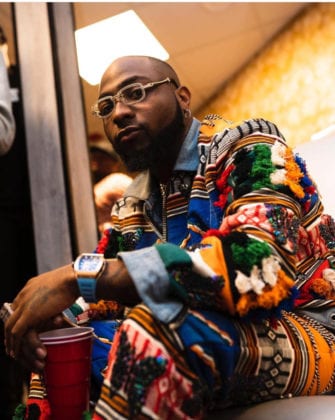 27-year-old Atlanta-born, Lagos-raised megastar, Davido had an interview with Rolling Stone on the 5th of November 2020 and talked about the impact of the Covid19 pandemic in the creation of his highly anticipated album 'A Better Time' and adapting to the new normal.

During his Rolling Stone interview, Davido expressed that despite the negative impacts of the Covid19 pandemic like stopping his already going tour, the pandemic had some positive impacts on his work rate as an artist and also helped him improve his music arsenal. He said:

I’ve recorded so much music. The only thing I could do was get in the studio. That’s one of the positive things that the pandemic brought to my career. It made me focus more, definitely, being in the studio, having nowhere to go. The only place I could be was at home. So I just made sure I was just recording and recording. I probably recorded like two albums already, apart from A Better Time.

O.B.O (Omo Baba Olowo) as he is also referred to, expressed how he misses being able to perform physically to a live audience and how he is adapting to the new normal as an artist.

My most favorite thing about being a musician and making music is being on the road, being able to perform, being able to go on tour. But we’re learning to live with it. The other day I did a Livestream-type show. It was a link you had to click and watch. It was pretty cool, but it’s not really the same. Social media helps cross that bridge, but at the same time, it’s just not the same.

The FEM crooner revealed how he stumbled on the A Better Time album, as he intentions were to promote his previous album 'A Good Time' via tours but then the pandemic happened and then he maximized the free times to create music: He said:

I didn’t plan the album. I just dropped A Good Time, almost exactly a year ago. My plan was to tour with the A Good Time album. Do America and go to Europe, and then I was meant to go to Asia, Australia, and do mad festivals. That being said, we had to cancel the whole tour, obviously, because of the pandemic. So I was like, “You know what, I’m not about to just sit at home and not do nothing.” So I got back in the studio, and funny enough, I was making better music than I had previously dropped, and we just kept going. Before I knew it I had 20 songs in the studio, all done and recorded and finished. Then I was like, “Should I just put it out?”

I was thinking of putting out like a little quarantine playlist. But then, I was like, “Nah, I think I want to release another body of work.” My sophomore album was called A Good Time, so, obviously, A Better Time, it’s a better album. You know what I’m saying? I took my time. Better visuals, better production, everything as a whole package. I’ve never really had time to refocus, sit down, and record a project, because I’m always on tour. I’m always all over the place. For the first time I had the opportunity to sit down and focus with my producers and take our time on each and every song.