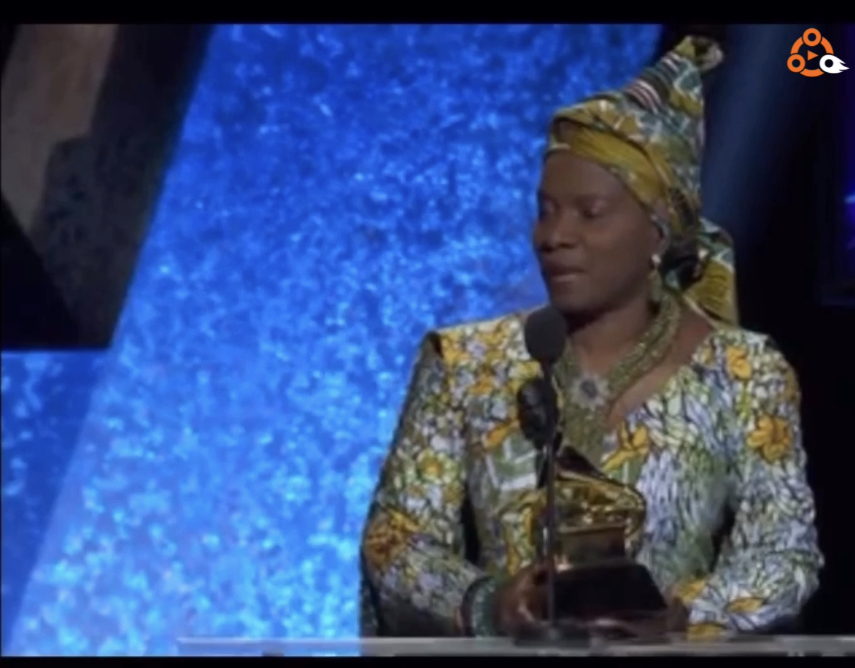 The award which took place on the 26th of January, 2020 was Burna Boy’s first Grammy nomination and Nigerians and his fans all around the world were looking forward to witnessing history with the African Giant as the winner.

Angelique Kidjo, during her acceptance speech of her 4th Grammy Award, stated that the time has come for Africans and she dedicated her award to Burna Boym saying that Burna is the crop of talented African artists that are giving African a good global representation.

Four years ago on this stage, I was telling you that the new generation of artistes coming from Africa are gonna take you by storm and this is for Burna Boy.  Burna Boy is among the young artistes from Africa that is changing the way our continent is perceived and the way African music has been the bedrock of every music.

#BBNaija: See Reactions As Groovy Pairs Up With Phyna And Plays Female Housemates