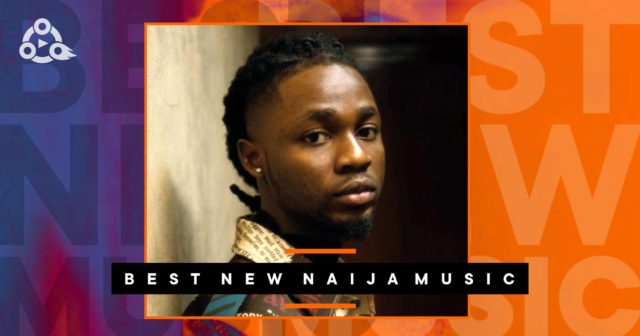 Nigeria's golden boy Omah Lay kicks off Best New Naija Music this week with another masterpiece and it is titled Free My Mind. The record was produced by talented beatmaker, Blaise Beatz.

Phyno - Something To Live For

Nigerian veteran rapper Phyno has released his fourth studio album and it is titled Something To Live For. The project features Olamide, Flavour, Peruzzi, and many others.

Reekado Banks - Off The Record Vol 2

Nigerian singer-songwriter Reekado Banks has released vol. 2 of his Off The Record extended play. It is a solo project that consists of 5 mellifluous songs.

Highly gifted singer and songwriter Peruzzi has released a new single which he titled Sweetah. The record was produced by talented beatsmith, Mr Eff.

The acclaimed queen of Afro-House Niniola has released her highly anticipated project, the Lagos To Jozi EP. The project consists of 4 solid tracks and it features Oskido, Lady Du, and Guiltybatz.

Not relenting on the success of his recently released EP, I Remember Everything (IRE) Afrobeats artist Oladapo David Olajide, professionally known as Dapo Tuburna has released a new single titled Yellow Cooler.

And there you have it for this week on Best New Naija Music this week with Omah Lay, Phyno, Reekado Banks, Peruzzi, Basketmouth, and others.