Best New Naija Music is our weekly roundup of songs to listen to. On the latest installment of “Best New Naija Music“, we cover hot releases across the Afrobeats & Nigerian music scene, including Burna Boy, Ycee, Mayorkun, Naira Marley, D’Banj, and more. 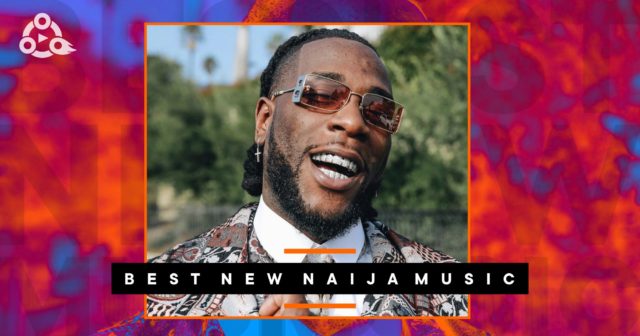 Nigerian international superstar Burna Boy’s collaboration with American rapper Polo G on his new single titled Want It All is our first Best New Naija Music entry this week. It is the singer’s third official single for 2021.

Mayorkun – Back in Office

Nigerian singer-songwriter Mayorkun has blessed us with a new song titled Back In Office. The record was produced by renowned beatmaker, Speroach Beatz.

D’Banj has released his much-anticipated new album, Stress Free, on Friday, October 1 – a fresh, new body of work from the Afrobeats superstar.

Laycon – I Am Laycon (Album)

Nigerian rapper Laycon has released a new project which he titles I am Laycon (The Original Soundtrack).

Penthauze Music frontier Phyno has released a new single which he titles Stacks. The song was produced by talented beatmaker, Eli.

Nigerian highlife band, The Cavemen have dropped a new tune which they have titled Udo which translates to ‘Peace‘.

Chike ft. Ada Ehi – Watching All Over Me

Afro-pop/R&B singer, Chike gives a further treat from his critically acclaimed debut album, Boo of the Booless, by taping gospel diva Ada Ehi for Watching All Over Me, ahead of his hotly anticipated sophomore album titled The Brother’s Keeper.

Nigerian disc jockey, Soul Yin has broken the Guinness World Record for the longest ever DJ set and she is celebrating with a new single titled Domitila.

Uber-talented street-hop act Seyi Vibez has released a new EP titled NSNV (No Seyi No Vibez). On the project, the singer/rapper collaborates with Reekado Banks and Teni.

And there you have it for this week on Best New Naija Music this week with Burna Boy, Ycee, Mayorkun, Naira Marley, D’Banj, and others.