Nigerian disc jockey, Soul Yin has broken the Guinness World Record for the longest ever DJ set and she is celebrating with a new single titled Domitila.

Soul Yin announced the new single Domitila after she broke the Guinness World Record by playing a non-stop 240-hour DJ set. She announced this on Friday, the 1st of October 2021. 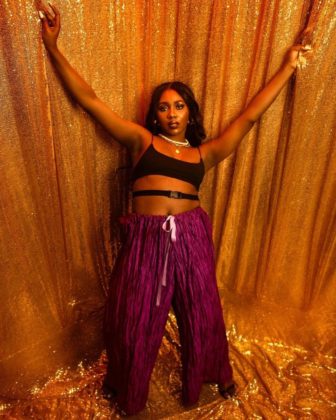 Soul Yin set out to broke the Guinness World Record last week, and she did it last night by playing for 240 hours straight. She wrote when the record was finally broken;

I just broke the @guinnessworldrecords! 240 Hours of live set DJing 😳😳

❤️ Queen @tiwasavage and everyone who have supported me thus far!! Now, let’s set a new world record!! 🌎

Soul Yin announced the release of her new single, Domitila just after breaking the world record. The track was produced by Ditweni and is her first song in a while. She wrote;

My new single “DOMITILA” out now on all platforms!

LISTEN TO DOMITILA BELOW:

GET DOMITILA ON DSPs HERE