Art is cyclical and like school kids being realigned on an assembly field with their hands on their neighbour’s shoulder, vastly and earnestly linked. For instance, in the fashion world, the fashion greats with names synonymous with luxury and perfection have signature approaches which while at times may not be too notedly different, bears distinguishable elements. Over the years, these brands have also lent to the current stratosphere of the community by creating unique silhouettes which are essentially, fresh perspectives on how clothes are sewn and how they appear to inspire evolution within. In the music scene, these silhouettes can be likened to sonics which are templates over which music is created and in the end, how it sounds. But rather than being an exclusive template to any musical artist or brand, most times, it is an attribute of a particular demographic, be it ethnic, national, or community-based. Ultimately, that is what the afrobeats sound is to the brightly pulsating Nigerian music space-- a template better understood and (re)created by artistes within it.

Enter Tiwa Savage in the year 2011, who had come aboard the Nigerian music ship with her feminine iteration of western pop-sounding Afrobeats. A peculiar twist to a familiar sound, she had been the upstart femme fatale who had then created a fresh narrative to the constantly refined sound. It is now the year 2021 and recognised and dubbed the Queen of Afrobeats, the singer in offering a bite-sized compilation of her musical artistry, has again showcased a fresh yet different approach to Afrobeats, refreshing as it is filling on her EP, Water & Garri. Achieved with 5 hypnotically crafted iterations of RnB and Soul-infused tracks, 5 features, and enamouring production work, the project speaks on the taste profile depicted with the Nigerian light meal referenced in the title while offering an aural one never quite heard before. As a result, 5 points have been drawn out through the musical manifestations and in this list, we examine the importance of Tiwa Savage’s dynamic sound on her Water & Garri EP, here: 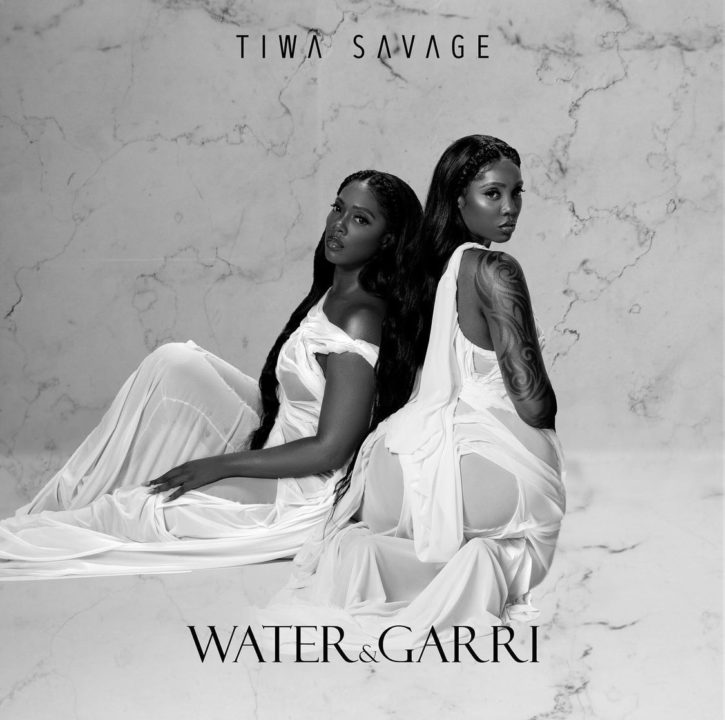 Project releases by the music bigwigs on the scene are always marked online with collective yearning prior to release and afterward, an abundance of aired opinions that soon make a dent on the trends’ table. This was the case for the release of Tiwa Savage’s Water & Garri EP which had been much hyped by members of the press and musicians, and anticipated by music lovers. Following the release, there had however been views expressed by several listeners that the EP’s sound wasn’t one for Nigerian ears.

Given its markedly slower BPM and its RnB and Soul feel, the claims were not baseless but referenced a time before the current broadening of music templates and listeners’ tastes in the Nigerian music market where dynamic sounds were largely unaccepted. The growth on the part of music listeners and creators has since served to vary the burgeoning music industry with different iterations of sound.

Tiwa Savage's novel blend of Afrobeats-brushed RnB and Soul serves as further addition to this progression; showing how multiple Grammy-winning rapper, Nas can flow on an Afrobeats song with Work Fada. Pushing Afrofunk to the fore with songs like Ade Ori and Special Kinda and giving RnB lovers a Brandy feature they never knew they needed while redefining Afropop with Amaarae on Tales by Moonlight. Given her prestige as the Queen of Afrobeats and a top player on the scene, this sound unravelled by Tiwa Savage holds the possibility of travelling far and wide as a new music template for Afrobeats which at the core is like sauce that can be served with any sound.

2. Water & Garri is a musical manifestation of growth and evolution

For an industry that has more or less been around for only three decades and is just recently beginning to strike up semblances of structure, the Nigerian music industry has had an impressive number of watershed moments and with each one, growth is made. An equally important aspect of this growth most music lovers tend to overlook is the growth of the faces and voices of the revolution. From fanbases, streaming numbers, reach and management, we've witnessed our favourite stars grow in leaps. But a major change has occurred in their sound as well and has most of them tempering the pace and globalising the sound of their music while changing flows to accommodate this new version of themselves.

For Tiwa Savage, whose first love where music creation is concerned, is RnB-- from her days as a music writer in America before her move to and breakout in Nigeria with the pop-hinged Kele Kele,-- the sound direction of her EP is her way of going back to her roots. This manifestation of her RnB roots had formerly always revealed itself in bits and pieces of her works but on Water & Garri, it has been unapologetically and innovatively done to serve as a statement of the growth and sheer strength of her artistry and faith in self.

3. The importance of risk-taking while staying true to self

Back in the days of Pon Pon music when the quality of work Nigerian musicians put out was highly questioned by music critics and listeners, the leading argument from musicians then was that the palate of the audience wasn’t broad enough. It had taken a few brave musicians to break the narrative, creating music that didn’t fit into the norm to give the scene the variety of sounds that is now the stuff of global wonder.

Those musicians had while taking a risk, remained true to themselves by creating music that fully represented themselves and their interests while creating quality music that served to change the perception of Afrobeats. In 2011 Tiwa Savage had been one of such acts with her breakout hit, Kele Kele, and her sultry persona. Then it had turned out to be a risk worth taking but she had been a relatively unknown act on the mainstream scene. With Water & Garri, we see her toe that line, not as a greenhorn singer, but a fully established act, taking to her RnB and Soul side after years of entertaining fans with feisty Afropop songs and owning it unapologetically too.

4. The importance of practice to gain perfection

On the 10th of December, Tiwa Savage took the stage at the MOBO Awards to give a three-minute performance of some songs off her Celia album. A thrilling and surreal set, the singer had with impeccable backup performed Koroba and Save My Life both reworked to give a pleasing mix of RnB and Afrobeats with the latter having ad-libs similar to those on her promo single for Water & Garri, Tales by Moonlight.

The excellence of that performance is one that could only have been achieved through relentless practice with the outcome appearing to have been a sort of beta test for the unique sound direction on Water & Garri the EP. In light of this, while the sound may be new to several listeners, it was definitely not an afterthought but a product of several layers of practice and experience as the leading lady of Afrobeats.

5. Water & Garri resets the bar for innovation among female musicians

The Nigerian music scene is currently witnessing an awakening where more than ever, female musicians are stepping up to the microphone to add their voices to the mix of things in the fast-rising music industry. For a densely male-dominated scene, this is a breath of fresh air and hints at the immense heights that could be unlocked with both genders dedicating fully to the craft.

Once upon a time, Tiwa Savage had been one of a few female acts coming aboard to change the status quo and in turn, inspiring a younger generation of girls to do likewise. This recent insurgence of female musicians has unveiled several talented acts with different interpretations of music and Tiwa Savage’s dynamic and distinct addition after roughly a decade’s reign will further spur on new female acts to continue innovating and collaborating on their path to greatness.