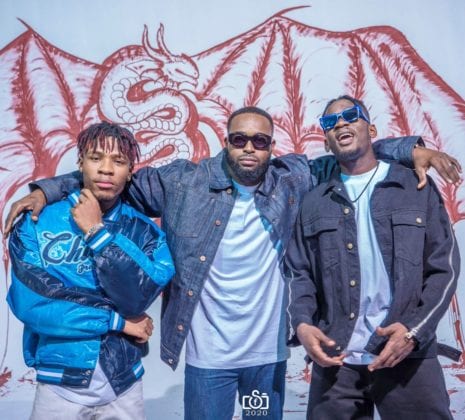 A month later, the Party celebrations were up, with the December parties and all. Nothing suggested that barely months after, gathering like we once did, would be illegal.

With the lockdown (effected in response to the COVID-19 pandemic) came unwritten rules. They were no nightclubs and so music wasn't distributed as it once was. Rather, artists and teams suite content to have some sort of virtual experience. Almost all songs on this list has a sort of connection with an online challenge or trend.

Two songs from the aforementioned albums make it to this half-year list; 18 other records, which have been declared "the hottest" by our revered team of music heads, complete it.

Not best –obviously, because, objectivity is impossible– but no one can deny the popularity of our twenty songs. Dig in!

Possibly the biggest song of the year. So far no song has matched the buzz of this record which features, alongside the best voices in Eazi and Joeboy, the intelligent brain of DJ Neptune, who makes it all come together.

"Duduke" was connected to Simi and hubby Adekunle Gold, and when visuals emerged (featuring a visibly pregnant Simi), people loved the record even more. Such a warm song which has captivated many, sitting on top of the Apple Music Nigeria charts for a long time.

For a while, people couldn't do much to watch videos of beautiful women being beautiful, Falz's "Bop Daddy" playing in the background. The song, which features UK rapper Ms. Banks, is undoubtedly one of the biggest songs of the year and preceded the wave of Nigerian artists adapting to the increasing influence of platforms like TikTok.

At the height of its popularity, I wrote about how Ladipoe scored his first number one single with "Know You." It's a fitting song on the alluring nature of distanced love interests and the world it was released to –that will always be recalled when this song comes on.

"Geng" is arguably one of the biggest records of 2020, and went on to be made into an EP which features rappers from Nigeria, South Africa, and the United Kingdom. Mayorkun has never strayed far from his rap tendencies and on "Geng," he relishes the opportunity to pull cultural relevance with lines like "one Hennessey twenty men geng." 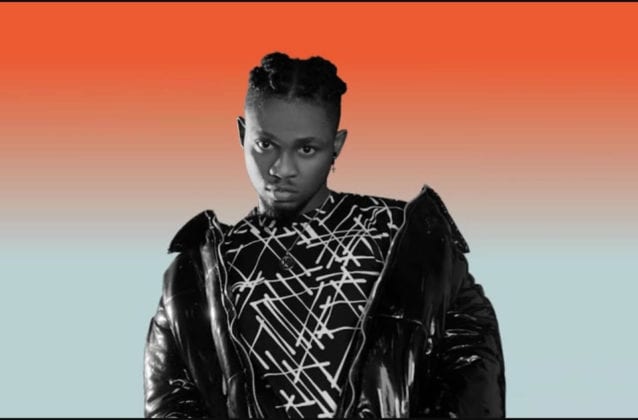 When we included Omah Lay on our 20 Artists to watch in 2020, we knew he was bound to excite with his Afro Fusion sound. "Bad Influence" is one such record: a song that's almost impossible to dislike, and boasts some of the most impeccable songwriting in Nigerian Pop.

We continue to be served splices of Wande Coal's genius and "Again" continues to be a sweet pain – we need new WC, and this record, one of the year's best, only stirs our longing. "Again" is a great jam and everyone knows that.

OXYGENE, Oxlade's debut project, saw him record a great rise in profile. "AWAY," the Spax-produced song is the first and only single off that tape and is its undeniable hit record. With a video shot in Ghana by TG Omori, it soon shot the young artist into several charts, where he's been a fixture ever since.

Off Laughter, Tears & Goosebumps (which has been hailed as one of the best albums of the last decade) comes this selection. "Vibration" might have fallen second to "Scatter" when LTG was released (for the role of the party anthem) but since the turn of the year, things have changed and "Vibration" is a more enduring record. Till this day, it still bangs in a way very few songs of its time do.

When Vado put out his third project King of Love, it was opened with "Jaho," a single he'd released some months earlier. Actually in 2019. But "Jaho," an anecdote-styled record yet achieves sonic and thematic relevance –meaning it still sounds nice and hasn't had its message stunted over time.

Soundman Vol. 1 was a great showing from Wizkid and the rest of his Starboy Entertainment imprint. On "Blow," the superstar connects with Blaq Jerzee for a song with racy intent, and was made popular by its subtle channeling of that in its chorus.

Barely has a modern Nigerian song combined artists as diverse as "Sweet in the Middle." And it's to the toast of the producer, sound engineers, and the artists that it comes together beautifully. Released late into 2019, the record naturally crossed over and is yet one of the hottest Nigerian songs of 2020 so far.

"You" is one of the great songs of its time: a love song remarkably done by a young man who's gone on to become the revelation of the year. Omah Lay announced his presence with "You" (which was released on February 14) and has never looked back ever since.

Adekunle Gold was seguing into something different and we took notice. Just then, his latest record off his forthcoming third album was released. Months later, it's perhaps one of the hottest Nigerian songs of 2020 (as the charts show) and reflects AG Baby's nifty craft for picking the soul of a record and making it appeal to millions of listeners all over the world.

Produced by Kel. P, "Odogwu" came off Burna Boy's much lauded Grammy showing. This record, which tapped into the grandness of Highlife, was a victory strut from the African Giant.

Undoubtedly the most resonant record of the year. Bad Boy Timz made sweet breakthrough with this lovable song which would have dominated the speakers were the hang out spots open. With months of riding its wave, Timz has now featured Mayorkun and Teni in a duo of remixes.

The Cool Bad Boy act is one Rema frequently taps into. "Beamer," his first release of the year, certainly did. With production coming from Jamaican act Rvssian, Remy Boy bounced. It's worth mentioning that "Beamer" features one of the best-known hooks of 2020.

A Shekere is an exciting handheld instrument. As this record between two African queens. Performed by Ms. Alade recently for the Global Goal: Unite for Our Future concert, its great international standing was even solidified. Locally, it was played on stations more keenly and has (also) been a regular sighting on the charts.

The Chief Marlian might be famed for his explicit worded bangers. But "Aye," a bubbly record, is cut from a different cloth. Over Owambe drums and swooning keys, Naira Marley makes a case for the good life.

A while ago, Terri put out his debut tape Afro Series. Anticipation was stoked with the release of "Ojoro" and even after the release of the project, this song still ascended popularity, becoming a fan favorite and has been received lovingly by the streets. Certified banger.

Safe to say these are the 20 hottest Nigerian songs of 2020 so far. Have we missed any hit? Please let us know.