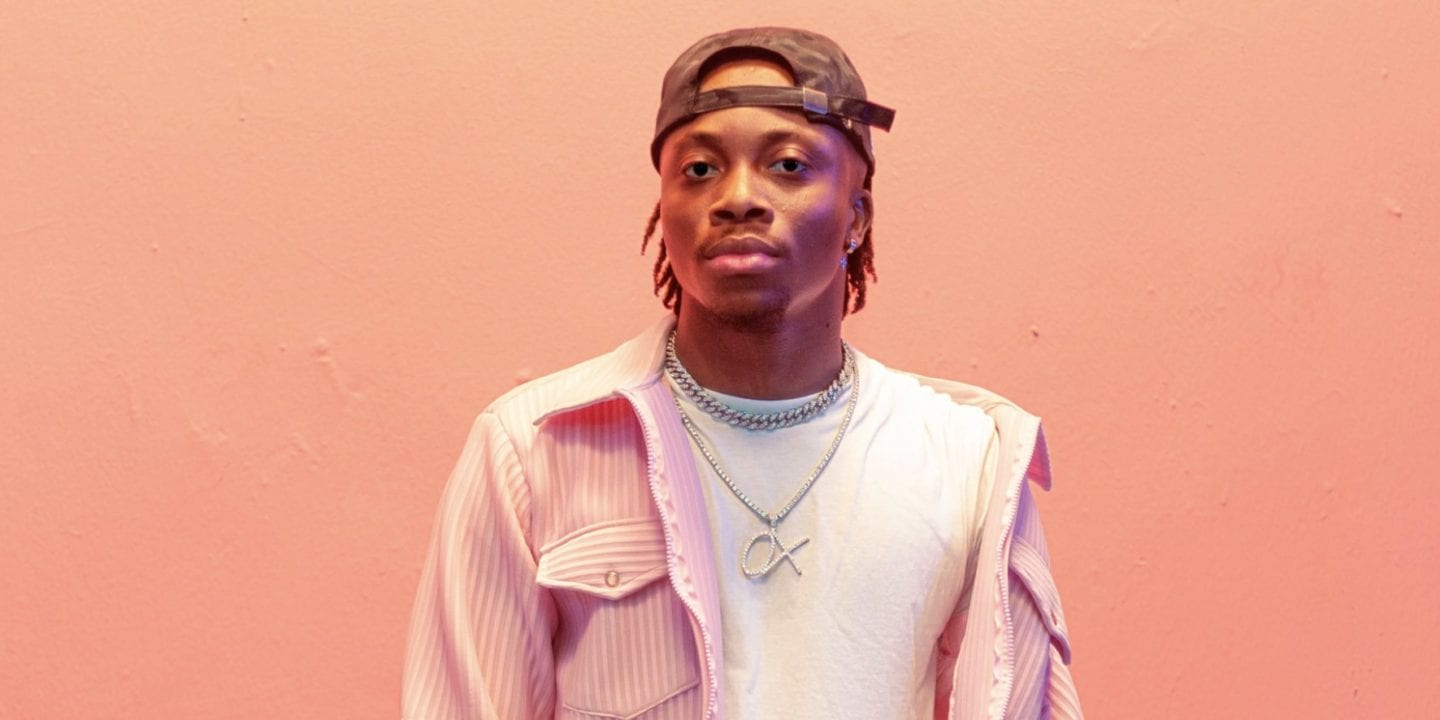 Oxlade Is A Man Of The People: How The Artist's Relationships Inspire His Art

An Overview: How Oxlade's Relationships Inspire His Art

He’d become known to the industry after his spectacular showing on Blaqbonez’s “Mamiwota,” and Oxygene EP, but Oxlade had been putting out songs on SoundCloud for a while; his earliest excursions though tarried by a sound different from the soulful afro-ballads we know him for today.

Real name Ikuforiji Abdulrahman Olaitan, Oxlade’s knack for spinning personal stories got him an audience which believed in greatness, its possibility, even in gloomy circumstances. No songs of his capture this as well as “ÔJØRÖ” and “Legend”; here, Oxlade relates his middle class Lagos upbringing to his aspirations to financial prosperity and greatness in his chosen profession.

OXYGENE EP, Oxlade’s debut project has been nothing short of immense. Its streams are currently in the millions, the songs a mainstay on charts. To prolong the impact of a project is very important in today’s music climate, as listeners are insatiable and always demanding new music. It’s left to the artist and his team to strategize on how best to run a victory lap.

The EP is yet milked for its quality, even as Oxlade continues to excite as a feature on tracks. “AWAY,” the first and only single off the project, has gotten the TG Omori treatment, and was shot in Ghana, a place the artist describes as “one of the most beautiful places I’ve been in my life.”

In a COVID-19–dictated world, Oxlade –who would have been in shows and media outings, consolidating the EP with direct contact to the fans– has adapted to working from home, engaging on social media: Interviews on Instagram, reposting Tik Tok videos of fans sharing a moment with his music. Nothing spoil, as we say in Nigeria.

Oxlade A Man of the People

Given how often his personal and professional life spills into each other, the Oxlade story is one of communal strength. Most channeled in his collaborations, a glide across genres and fan bases, and broadening his appeal. The musical output to punctuate between “Mamiwota” and OXYGENE (about 20 months) was negotiated in this fashion, Oxlade proving his mettle on tracks with Jinmi Abduls, A-Q, Reekado Banks, British act Sneakbo, to name a few. What was he keeping for himself then? His teeming fan base would ask, excited for what was coming.

“Sing,” a collaboration with close friend Fireboy DML, was a turning point. For one, the song mirrored the aspirations of a young generation of Nigerians, and (both artists) on the cusp of greatness, it took on the hue of prophecy. Its refrain –“So wetin come be this one? Who dey follow you do competition?”– became a catchphrase, and many fell in love with the duo of artists behind these confident words: “My followers no be one million, but my fan base e strong.”

Afro Pop superstar Davido was the record’s biggest fan, and he raved about it, tweeting the now-popular refrain. “His comments really gingered everyone to go check ‘Sing’ out,” said Oxlade, dubbing it ‘a pivotal track’ in his career, and that every song he’s released “adds more value” to his life as an artist. (“Sing” was re-released earlier this year, two years after its emergence.)

That kinship could have resulted in a record label deal with Davido Music Worldwide, but it was a prospect Oxlade sidestepped. He wanted to do music independently and develop on his own terms. “I have a management team, Troniq. Inc. and a distribution deal with The Plug,” Oxlade explained, as he wasn’t braving the seas alone. Abiodun Bizzle Osikoya, influential across the entertainment industry and co-founder of the mentioned distribution outfit –which counts Davido, Mayorkun and Peruzzi as artist clients– became a mentor to young Oxlade, that position blurring into friendship between both men in the past few months.

It’s a conglomerate of factors that has effected the rise of Nigeria’s latest star. His prominence –especially locally– is sewn on the fabric of stan culture, how passionately listeners will ride for their favorite artists. It literally powers the name, a cresting wave: Upon release, many social media accounts were set up with the distinct pink hue of OXYGENE’s cover as a display photo; others would edit their handles to show allegiance by him; The Oxygenes, as you guessed, is a fan account concerned with all things Oxlade. 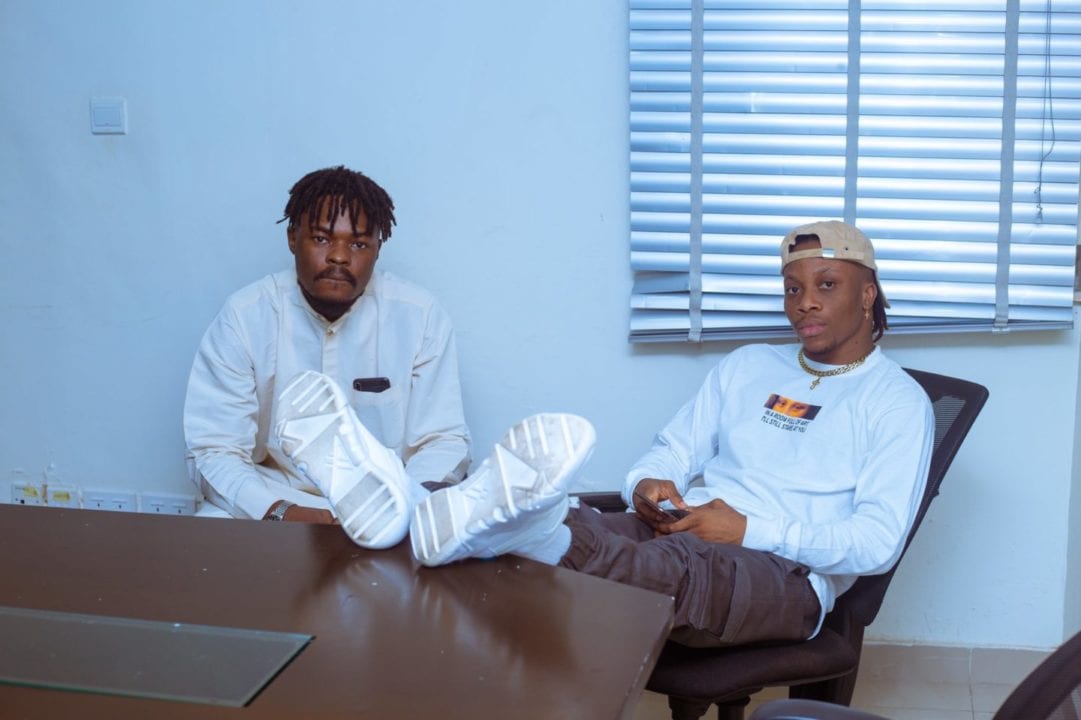 If OXYGENE is a two-mouthed spring and Romance its first order (A complicated relationship was the inspiration for most of its songs), Family is no doubt the second.

“TABLES TURN,” the last song of the tape, also features its most heartfelt moment: An admonishing prayer for Oxlade by his grandma, who’s looked after him since the death of his mother early in his life. A simple act of love which coats the project in a prevailing sense of destiny.

When I asked Oxlade if he expected OXYGENE to enjoy the success it has, he answered in the affirmative. “I mean, it’s my hard work so I always hope and pray that anything I lay my hands on becomes a success. Every time I release a project I always put God first and just watch it fly, although there’s the work that comes with promotion. Shout out to my team, for always having my back. I wouldn’t want to sound too confident but I definitely expected the EP to do great simply because God is involved and having my grandma’s prayers [fuel] me.”

It was also his grandma who requested Oxlade to ask his father’s forgiveness before putting out his now-acclaimed debut. In the early stages of his career, in what seems a lifetime ago, Pa Oxlade had been disillusioned by his son’s chosen path (music), and discouraged his ventures in very strict ways. That cloud has lifted. Oxlade terms it a “no-brainer” –he couldn’t tend a lifelong estrangement from his own father anyways. 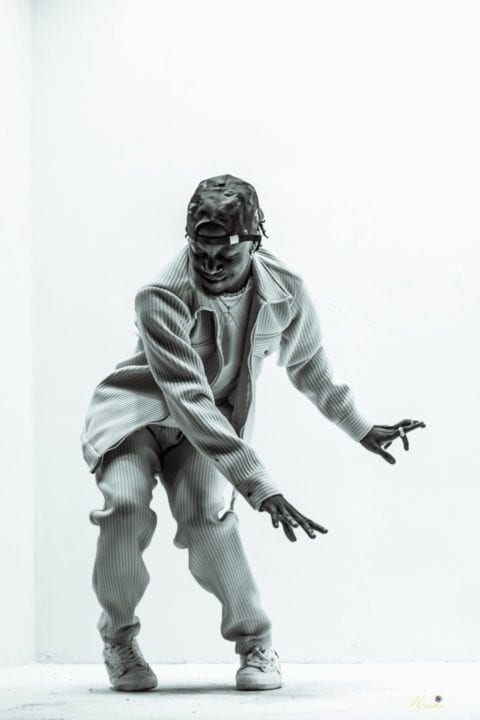 It goes without saying that Oxlade has attained some status as a musician of note, and whether he wishes or not, will be thrown to the glitz that comes with celebrity. He however relishes the serenity of regular life as long as he can. He still frequents Surulere –the sprawling Lagos suburb he calls hood– and mentions childhood friends (now family) Ojah-B, his first producer, and Naya, a video director, as prominent fixtures in his life still. At the moment, Ojah-B and Oxlade are making music, listening and learning from the greats, binging Netflix, and frustrated, because there's no football. But circumstances have changed since we last spoke, as the Lagos government relaxes the lockdown, and football has returned to our screens.

Oxlade is a man of the people. He’s the kind to hold his friendships with a guarded safety and always wants the best for his community, especially those in the creative industry.

“I started to meet friends like Fireboy, Brainee. This thing is a community that’s what people don’t know. These guys wey dey pop now, we’ve known ourselves for three years. I’ve known Fireboy for three years. When we were writing ‘Sing’, we were eating Coaster and garri. It’s that deep. I’ve known Crayon since when he was in Ojo. I’ve known Ozedikus before [Mavin Records] signed him. It’s a community and more guys are coming,” Oxlade said on Afrobeats Intelligence. He walks the talk, as he frequently shares links and stories about music put out by his friends, leveraging his platform of a combined 464k followers across Twitter and Instagram.

Social media, a space where it all comes together, has been an indispensable tool in establishing Oxlade locally, and now taking his unique sound to the world. It’s a cornerstone of the music industry that thrives on the prevalence of youth culture, as he knows. “Many years ago, it was not like this, but I thank God there’s now the possibility of everyone blowing up. I’m happy for all my guys, and I pray we continue to serve good vibes and take Nigerian music to the next level.”