The 10 Best Nigerian Projects Released So Far in 2021

The year 2020 was a big lesson teacher to all of us, it not only schooled the universe in different ways but also made us all re-evaluate certain modes of operation. In the music industry where stakeholders were wont to get their craft largely remunerated through music shows, concerts, tours and guest performances, that tunnel was shuttered off as we were all compelled to stay indoors, each to their own and in some cases, themselves. Resilience being one of the core ingredients man was moulded with, the industry turned to other means and artistes, traumatised by the sights of their thinning pockets sort out other mediums through which to connect with not just their audience, but a larger scoop of the music pool. Several artistes dusted off some veneers of themselves as they took to putting forth their compelling or entertaining personas virtually. And more interestingly, several others decided to bring in the sheaves by doing what they know how to do best; make music. This resulted in an abundance of musical body of works in the mainly singles-dominated Nigerian music-square and further pushed the scene out on the global stage. It is with that trajectory and pent-up energy 2021 was launched off and this has also cascaded into a wealth of music projects of varying vibes, sonic energy, subject matter, and origin.

These works have found homes in different ears and hearts and while we all have our individual favourites, members of Notjustok have stood in as a discerning subset of music lovers to decide on ten of the best projects out so far in year 2021. This list was drawn up using metrics such as production quality, songwriting strength and range, themes and tone, hit-record powers, and influence across streaming platforms and off the screens. Here are the best projects released in the earlier half of 2021. 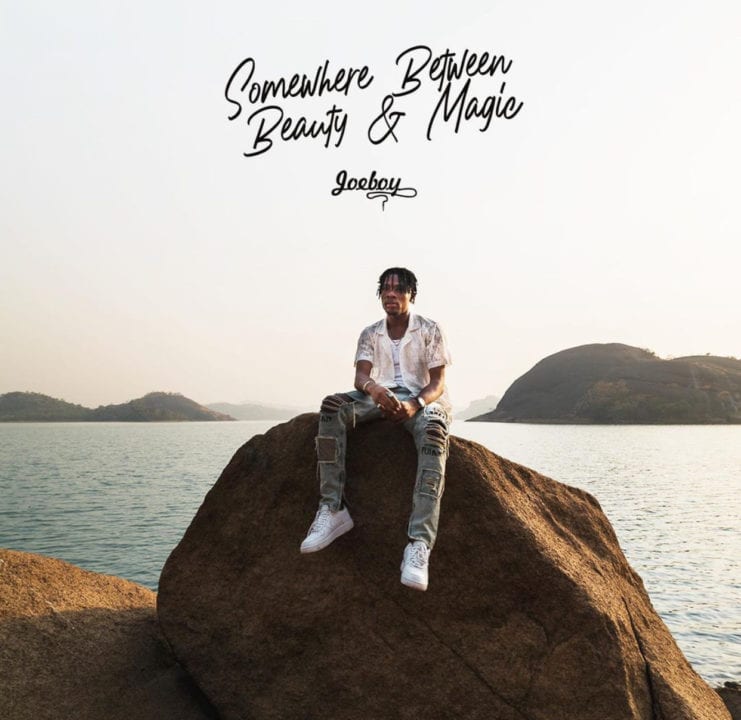 From the moment Joeboy broke out with his Baby hit single, he had embarked on a remarkable run of hits that kept his name on the forefront of the fast-paced Nigerian music arena. This year,  4th of February, saw him seal his stake as an Afro-pop maestro with the release of his debut album, Somewhere Between Beauty and Magic. With it, he gave a concise musical offering of catchy songs with soothing vocals and pleasing percussion-heavy sonics that underlined his Apple Music-given moniker as ‘the African pop star’ and placed him as number one and not number two on our list.

The 14-track long Somewhere Between Beauty and Magic which charted across several countries, came packed with hits like the people-blending Focus, Door, Show Me and touched on a range of topics from love to his superstar status as well as the digital age hot topic of consensual sex on Consent, and transactional love on Sugar Mama. 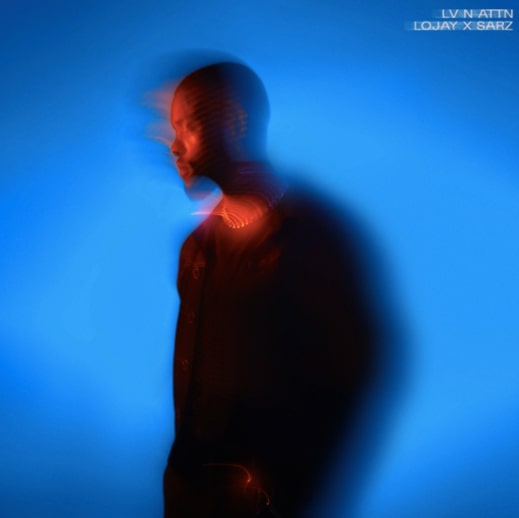 The star-developing power that music producer Sarz holds is one for the books and the Nigerian music hall of fame. It is this quality that has been kneaded together with Lojay’s command of RnB and Afropop on their joint EP, LV N ATTN, released 4th of June.

First, the airwaves were hit with the refreshing blend of pop and RnB on Tonongo that had everyone curious as to who the new kid on the block was. The preceding 5-track EP held the answers that whet the appetite of music lovers who’d been left wanting after their first serving.

The EP was an instant fan-favourite with the similarly titled single with Wizkid giving further boost to the reception of the 808s-doused heady rhythms on the EP. A richly fluid introduction to the wealth of talent from both parties, it has birthed hit singles like Tonongo, LV & ATTN, and the sleeper hit Monalisa. 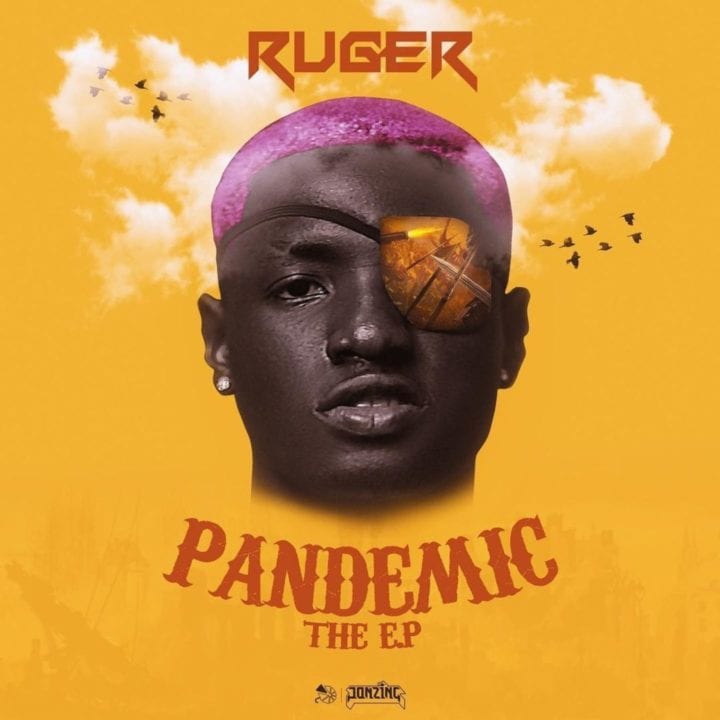 It's commonplace to make self-assured assertions in music and give off similar aura but Ruger's ballsiness on his 5-track debut EP, Pandemic, comes at a level of self-awareness and preciseness that is rare.

Following the brief introduction to the many-rhythmed pink-haired singer, on One Shirt we'd been hit with the Pandemic EP on the 5th of March to discover Afro-dancehall flavoured favourites like Abu Dhabi and the sleeper hit that has been touring Africa much like the pandemic, Bounce.

For Nigerian indigenous and street-hop icon, Olamide, doing pop had always been a dream and on UY Scuti, fans see him unapologetically allow his pop interest take lead and radiate on a different wavelength that speaks of the inspiration for the astronomy-based title of his 9th studio album.

Released on the 14th of June, fans had dug in eagerly, spurred on by the scalp-tingling ease that the promotional single, Rock held, to discover equally calming pop melodies like Pon Pon with Fave and in some cases, thrilling dancehall tunes like Rough Up with Layydoe, which all bolster Olamide’s GOAT standing. Six days after its release, UY Scuti had charted in 45 countries across the world and no one was any surprised. 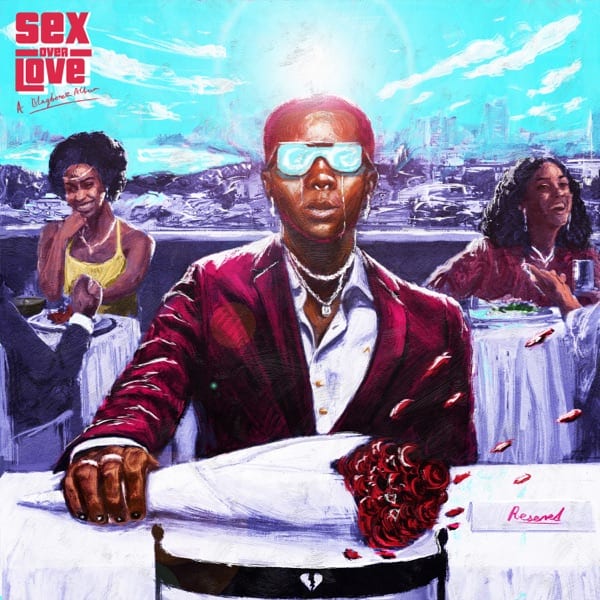 If there's one thing Blaqbonez has proved several times, it's that he's a force not to be toyed with and the roll-out for his LP, Sex Over Love was further proof.

Done up like a youth-targeted campaign, the 14-tracks had been preceded by Bling, a hip-hop song that helped usher in the current resurgence of rap songs in the country. The LP which is the rapper's 9th is Blaqbonez’s poppy trap-infused output that sees him singling as well as any singer and produced favorites like Okwaraji and Best Friend with Cheque. 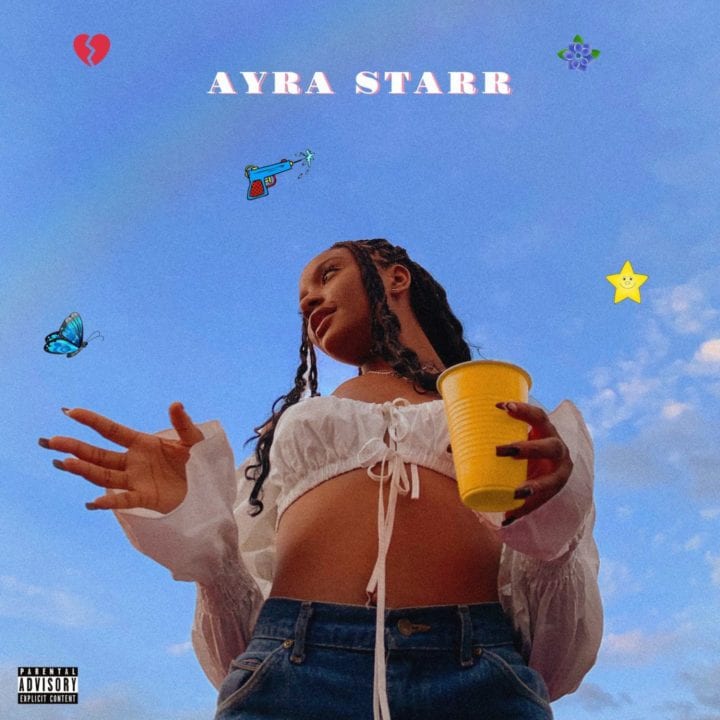 Ayra Starr and the self-titled 5-track EP that was released on the 22nd of January was one of the first surprise packages of the year where music was concerned.

A short and sweet initiation to the swirl of Afropop, Afrobeats and Rnb she offers, the self-awareness hinted at in Ayra's Starr’s professional name was spotlighted in her song-writing and vocal range. This endeared her to a mostly Gen Z fanbase, eager for a leading lady and keen on records such as Away and Ija, and pushed the EP to chart in at least 10 countries. 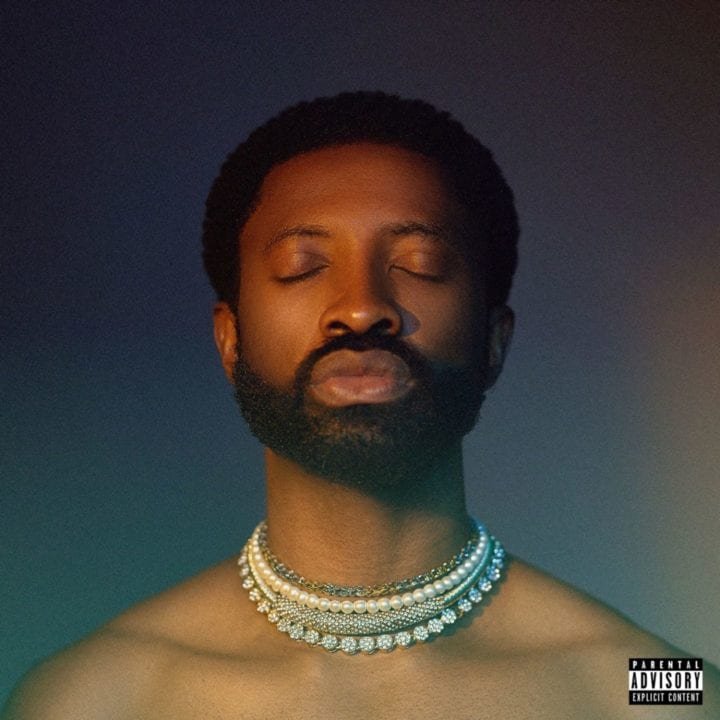 In a country where our sounds are crafted to be an escape from our many problems, Ric Hassani stands out as a different coloured gem.

With his sophomore project released on the 26th of February, the African Gentleman dazzled from different angles offering records done up in Afropop, RnB and neo-soul, singing mostly about love but from different angles as well. The Prince I Became gave fans the thrilling hit single Thunder Fire You, an amusingly Nigerian-divergent folk music tune addressed to a cheating lover whose reach couldn't be dulled by the NBC’s ban. 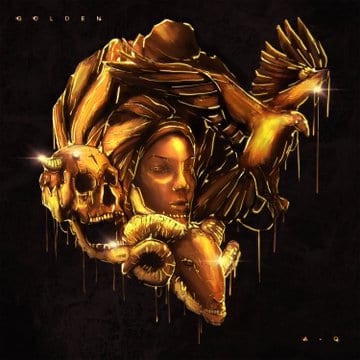 A Nigerian vanguard of the more traditional form of hip-hop, A-Q has never failed to deliver on quality with his projects. On the 20th of May, A-Q once again proved to hip-hop heads that the genre lives on in the country with 7 songs that walk the ‘quality over quantity’ talk.

On Golden, we see A-Q unlock a new level of maturation, offering introspective bars and rhythm on current topics like the #EndSARS movement, Nigerian government, feminism and the patriarchy. The album serves as a timestamp with the Chike-featured Breathe, speaking for several members of the overworked and overstressed youth populace. 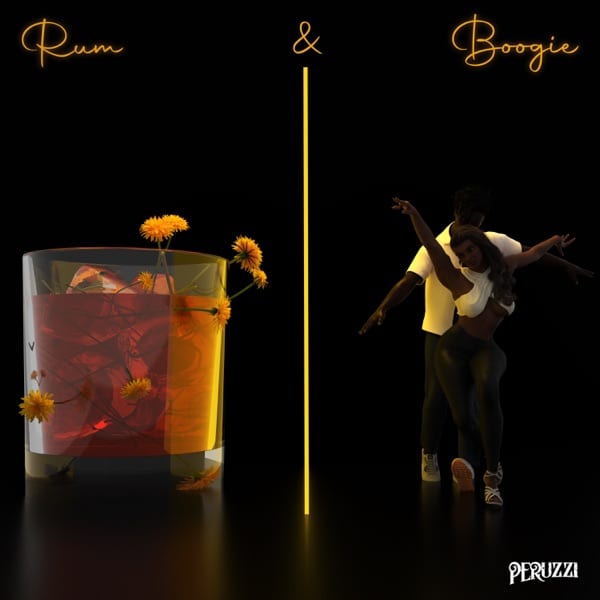 Fans of the Huncho had been starved of a body of work from him for a year upwards but all that changed on the 9th of April when he compensated his fans with a double album titled Rum & Boogie.

A truly double offering, the Rum side marks a representation of Peruzzi the loverboy with Rnb and dancehall-infused rhythms while Boogie sees him play out his Huncho side as the life of the party with uptempo Afropop and Afrobeats rhythms. With Rum & Boogie, Peruzzi has given the airwaves a favourite with the Davido-assisted Somebody Baby. 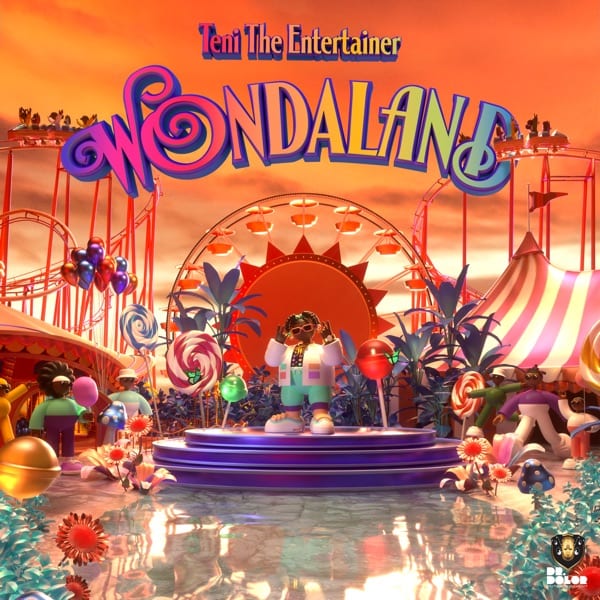 Afropop, trap, highlife, RnB house music, and other elements in between, are the sounds Teni immerses us in with her debut album, Wondaland.

A 17-track long album, Wondaland cones with soul-hitting melodies that would speak to anyone regardless of their language and age. The album houses the sensational hit love song with Davido, For You and the relatable success story on Hustle.

For the 10 music projects that made the list, there are several other quality projects that didn't, but also thrilled us to no end. In no particular order, here are the albums & EPs worthy of a mention:

What projects do you think are worthy of being tagged as some of the best projects released so far in 2021? Tell us all about them in the comments section below.