Nigerian rapper, Olamide has revealed that he has always wanted to experiment with a new sound, in a new interview he had recently on Apple Music. 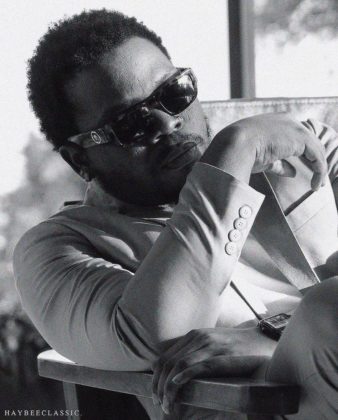 Veteran show host, Ebro dropped the teaser for the interview via his Twitter page on Tuesday, the 29th of June 2021. He revealed that Olamide had discussed his eleventh studio album with Apple Music's Nadeska. He wrote;

Nigerian superstar @Olamide just released his eleventh studio album UY Scuti, and @neweryork sat down with him to discuss the project.

Catch the convo at 4:30 ET on @AppleMusic: apple.co/ebro

Speaking to Nadeska on Apple Music, Olamide revealed that he has always wanted to experiment with his sound and this album gave him the perfect opportunity. When asked why he feels 'UY Scuti' was the perfect fit for the project's title, Olamide said;

I mean from way back, the regular thing I used to do was basically just rap music, street music. This time around, I'm just switching the gears and moving it up a notch, a little bit. Because I've always wanted to tap into different elements of everything I feel on the inside, and just live my life to the fullest. So, I might as well just try something new entirely. And I'm really happy for having the courage to be able to tap into something new entirely, that I've never done before. It feels like a full-time pop project, and I'm happy I'm doing it because I've always wanted to.

Olamide's latest album 'UY Scuti' dropped a few weeks ago on Apple Music and other streaming platforms. A lot of fans were worried when it dropped, that the rapper might be abandoning his original sound fully for a pop sound.