Buzzing Nigerian singer, Olalekan Osifeso Jnr., popularly called Lojay, delivered a soulful rendition of his single 'Tonongo' and it was a sublime performance 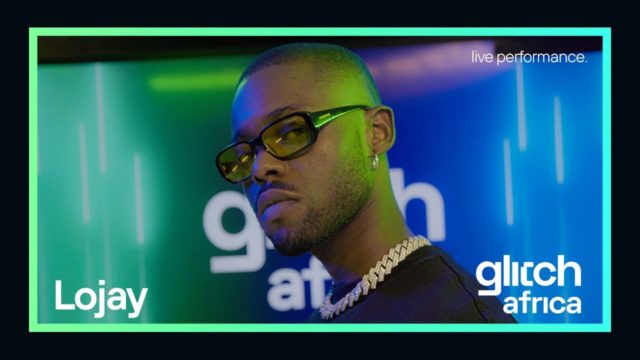 READ ALSO - I Really Want to Work With Skepta - Lojay

The afro-fusion singer showcased his performing prowess on Glitch Africa - a new live performance platform - as he gave his mid-tempo jam 'Tonongo' an even slower feel with his performance. Speaking before performing, the singer stated that the Sarz-produced smash song was born from the lust he felt watching a Lagos stripper move her body. According to the masters-degree holder singer, he described the way the stripper was moving as his song title, "Tonongo".

Lojay kicked off his performance smoothly, gradually getting in tune with the progress of the rhythm supplied by the band. The tempo remained constant until the end of the performance, when the bass guitarist briefly gave the song a 'rock' tempo feel. The fast-rising rookie concluded the performance with brief lyrics from his song with Afrobeats poster boy Wizkid, 'LV N ATTN' making it a Sublime Performance.

Watch the Performance Below