Veteran Nigerian rapper, Olamide dropped his eleventh studio album UY Scuti on the 18th of June 2021. Olamide’s discography, aka list of Albums, is highly impressive and largely unmatched by rappers in Nigeria. He started out with Coded Tunes in 2011 with Rapsodi and ten years later, the rapper has a career total of 11 studio albums. Until a couple of years ago, for an industry that seemed to have abandoned the album culture, Olamide sure carried that responsibility on his back without respite. Olamide’s OG status in the game is sealed as a result and he has also contributed to the industry by unearthing talents like Adekunle Gold, Fireboy DML, Lil Kesh, Chinko Ekun, and more.

This does bring the question, where does each project rank in this impressive discography? What is the best of Olamide’s eleven albums? We took a vote (free and fair by the way) in-house and we now present to you the Official NotJustOk ranking of Olamide’s albums. 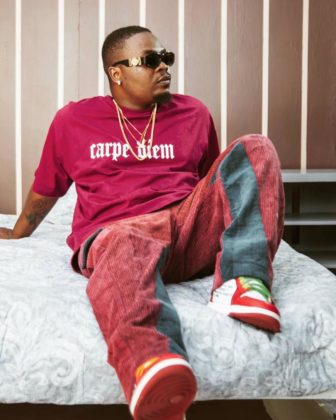 Propping up the base of our list is the 2020 EP, 999 which sees Olamide first experiment on new sounds and still drop some bits of the old stuff. This project had a highly controversial and very catchy song titled Wonma. However, we must commend Olamide for giving young rappers like Milly, Jackmillz, Cheque, Rhatti, and Jayboi the chance to shine on this project.

Seated at the number ten spot on our Olamide’s best albums list, ‘Lagos Nawa’ is widely considered to be the least impressive of the lot by fans (this writer disagrees). Part of the turn-off on the album for fans seems to be the art direction but the project still houses the viral hit, ‘Wo’ and its spiritual version.

From the first moment Nigerians heard Olamide and Phyno together on Ghost Mode, music fans have been hooked. It was only right they dropped a joint tape for the culture back in 2015. The most memorable thing on 2 Kings is having two of Nigeria’s biggest indigenous rap acts going bar for bar on insane beats. This project also gave us the viral hit Ladi with Lil Kesh.

Coming at the number 8 spot, ‘The Glory’ is one of Olamide’s lesser remembered projects. Dropped in 2016, the album is filled with a lot of sleeper hits and the ‘Pepper Dem Gang’ song which popularized the phrase and introduced rapper Davolee to the mainstream.

Olamide’s debut album ‘Rapsodi’ is voted in at the number 7 spot. This 2011 album announced Olamide’s entry into the industry and called attention to fans and industry people alike. Songs like ‘Eni Duro’, ‘Apa Ti Jabo’, and ‘Omo To Shan’ with Wizkid are cult favorites among day one Olamide fans. Songs like ‘Fori Fori’, ‘BANS’, ‘Legendary Hustlers’ and ‘Responsibility’ are certified Olamide classics.

Just after the first comes the latest as UY Scuti takes the number 6 spot on our list. Released barely two weeks ago, the new album sees Olamide experiment with new mid-tempo sounds and getting great reviews. The lead single ‘Rock’ is currently leading across all the charts in the country and is very addictive. Julie and Pon Pon featuring Fave, are also gradually making their way up the charts.

During the period Olamide dropped this album, he had every male (and female) in the country copying his gunman pose on their Instagram feeds. That’s proper legend status. BGEL dropped in 2013 and comes in at no. 5 on our list. This album is littered with bangers. Legend has it that Olamide entered the studio intending to break people’s waists with gbedu. This gem gave us bangers like Turn Up, Durosoke, Eleda Mi O, Yemi My Lover, Dope Money, and Rayban Abacha.

In fourth place on our list of Olamide’s best albums is ‘Street OT‘ which was dropped in 2014. This album saw Olamide majorly go into rap mode and give a chance for his label protégés like Lil Kesh, Chinko Ekun, and Viktoh to shine. Street OT gave us bangers like Falila Ketan, Story For The Gods, Skelemba, Zero Joy, and Goons Mi.

Our third entry on this list was Olamide’s first try at experimenting with his sound and it was a massive success. The Carpe Diem album dropped in 2020 signaled another era for the singer and his fans and it was duly welcomed. Songs like Infinity with Omah Lay, Triumphant with Bella Shmurda, and Loading with Bad Boy Timz and their accompanying streams give this album its prestigious status.

In second place on our Olamide’s best albums list is the 5th delivery from the rapper, titled Eyan Mayweather. True to the name, Olamide starts the project swinging like Mayweather on the title track. That’s where he gives us the classic line ‘Shut down Lagos, shut down London, shut down Malay, shut down everywhere’ when reminding us he is the GOAT of Nigerian rappers. That album also gave us Lagos Boys and Bobo in a run which is described as the most iconic by the rapper.

And the number one album on our list is… *drumroll* YBNL! Olamide’s second studio album came after his exit from Coded Tunes and signaled the start of his label of the same name. This album is iconic for so many reasons but mostly for the fact that it had no single skip on it. Facts! Released in 2012, YBNL had features from top acts like Davido, Reminisce, Tiwa Savage, Dammy Krane, Kida Kudz, and Kayswitch. We had bangers like First of All, Stupid Love, Voice of the Street, Street Love, and Panumo.