'Taribo West Was The Toughest Opponent I Ever Faced' - Thierry Henry

Thierry Henry has stated that Nigeria's Taribo West was the toughest defender he ever faced in his career. 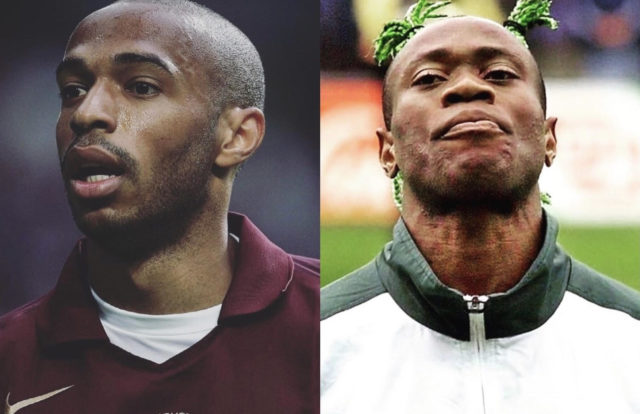 Legendary French footballer, Thierry Henry, has stated that the Nigerian combative defender, Taribo West, was the toughest opponent he ever faced in his career.

Speaking to CBS Sports, the 1998 World Cup winner, who is one of the greatest forwards of all time, named the former Super Eagles defender as the toughest opponent he ever came across. According to the Arsenal Legend, Taribo West's man-marking technique was very intense. Answering the question, he said:

For the direct opponent, I would go back in the days. Because [at Auxerre], they did man-marking. He followed you everywhere, even in the dressing room.

Speaking with Punch, Taribo West also asserted Henry's claim of being tough. According to the left-back, most of the top strikers in the world didn't score against him when they faced him. He told Punch Sports Extra:

While I was in France, Auxerre manager Guy Roux assigned me to always man-mark Thierry Henry until he moved to Juventus where he was not really a regular. I also moved to Inter Milan,

During the time I played against him, Henry was a very good player, it was very difficult to mark him as a younger player because he had pace, knew how to dribble and could score good goals.

Taribo West, who is now a pastor, was famous for his hard-tackling and rugged style. He made 42 appearances for the Nigerian national team between the years 1994 and 2005. He was also part of the historic Nigerian team that won the 1996 Olympic football gold medal in Atlanta.