Nigerian midfielder Ndidi will not play for his country and club for up to five weeks after getting injured in a match. 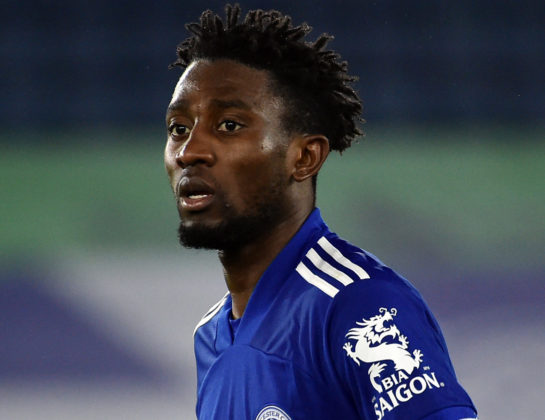 Nigerian box-to-box midfielder Wilfred Ndidi will miss the Super Eagles’ World Cup qualifiers after being ruled out for four weeks due to a hamstring injury.

The combative defensive midfielder picked up a hamstring injury on club duty during an EPL match against Burnley, an injury that forced him to miss his club’s 2-2 draw against Crystal Palace at Selhurst Park Stadium on Sunday.
The news is a big blow for both his country, Nigeria, and club, Leicester City, as he will be out of action for up to four or five weeks.

Leicester coach, Brendan Rodgers has confirmed the injury situation after receiving the results of the scan for the player, who had featured in 31 straight matches in all competitions since February before sustaining the injury against Burnley.

The 24-year-old will not feature in the Super Eagles’ 2022 FIFA World Cup qualifiers against the Central African Republic and might also not be available for the next qualifiers scheduled for November.