Serena Williams Withdraws from US Open

Serena Williams has confirmed that will miss the US Open because of a torn hamstring. The six-time US Open Champion has not played tennis since June 2021 since she suffered the injury. 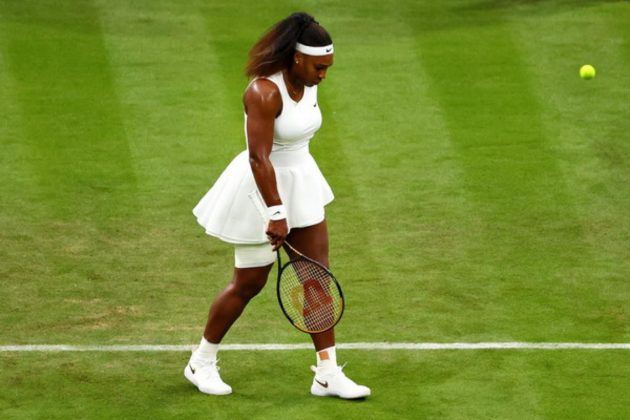 The American confirmed the news on her Instagram account on Wednesday, August 25th, 2021. She said after meeting with her medical team; it was decided that she should take a break from the grand slam.

Williams withdrew from last week's Cincinnati Open in order to focus on her recovery, but unfortunately, she failed to recover in time before the final Grand Slam of the year.

After careful consideration and following the advice of my doctors and medical team, I have decided to withdraw from the US Open to allow my body to heal completely from a torn hamstring.

New York is the one of the most exciting cities in the world and one of my favourite places to play. I will miss seeing the fans but will be cheering everyone on from afar.

Thank you for your continued support and love. I'll see you soon. 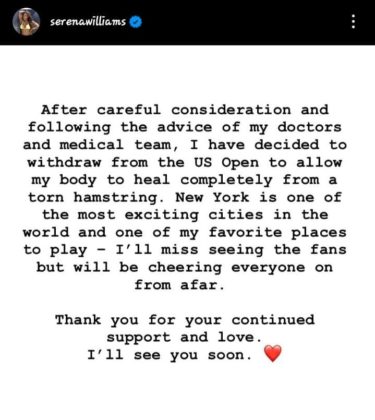 This is the first time since 1997 that the US Open will be played without Serena Williams, Roger Federer, and Rafael Nadal.