Harry Kane Breaks Silence over His Future at Tottenham

Tottenham's forward man, Harry Kane, has confirmed that he will remain at White Hart Lane this season. The England striker's future at Spurs has been in doubt since the start of this transfer window. He was linked with a move to Manchester City, but Spurs' chairman Daniel Levy was adamant that he will not sell the striker. 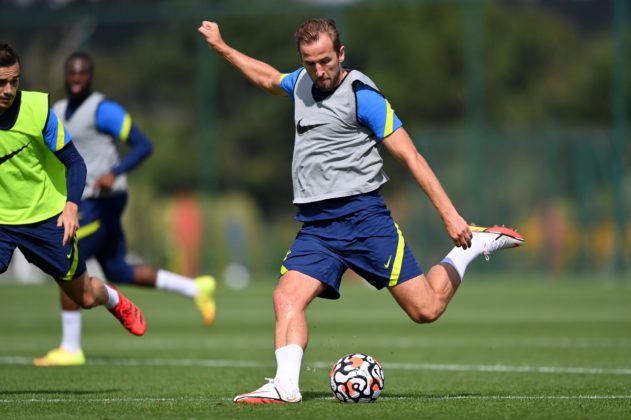 Kane confirmed this on his Twitter account on Wednesday, August 25, 2021. He appreciated the reception the supporters gave him when Spurs played Wolves on Sunday, August 22nd, 2021, and promised that he was committed to helping the club achieve success.

The 29-year-old striker also appreciated those fans who sent personal messages of support to him during the past few weeks.

It was incredible to see the reception from the Spurs fans on Sunday and to read some of the messages of support I've had in the last few weeks. I will be staying at Tottenham this summer and will be 100% focused on helping the team achieve success. 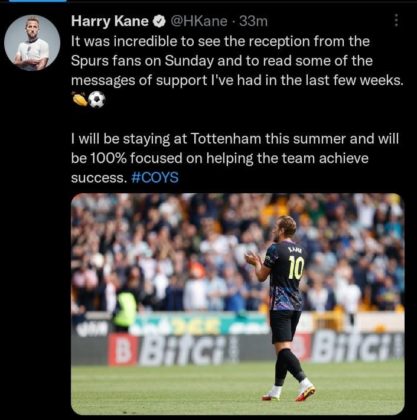 The England striker has been a subject of criticism from some Spurs fans after they perceived he was trying to force a move out of the club. Kane also missed training for some days, but he came out to explain that his reason for not showing up for training was not intentional.