OFFICIAL: Pedro Completes Switch from AS Roma to Lazio

Former Barcelona and Chelsea player, Pedro has completed a move from Serie A side AS Roma to Lazio on a free transfer. The 34-year-old did not have enough playing at his first season at Roma after joining the Italian side from Chelsea last season. 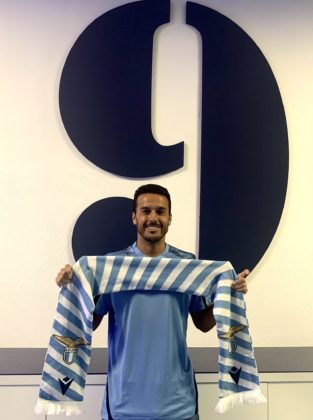 READ ALSO: NAOMI OSAKA EXPLAINS WHY SHE DID NOT SPEAK WITH THE MEDIA | WATCH

The transfer was announced on the official Twitter account of Lazio on Thursday, August 19th, 2021. They simply wrote “Introducing our new Number 9”. The 2010 World Cup winner was not in the club’s new manager, Jose Mourinho’s plan for the new season as he was left out of the team’s pre-season training. This transfer means he will reunite will his former manager at Chelsea, Maurizio Sarri. 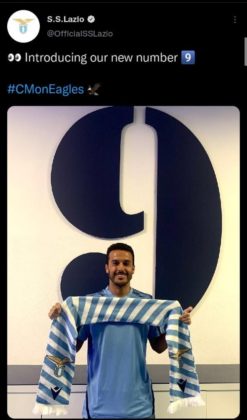 Lazio is the biggest winner from the deal as they will not have to pay Roma any transfer fee but will pay the player’s current wages of €4m per year inclusion of tax, plus bonuses depending on his performance.

The last time there was a direct transfer of players between both Italian clubs was in 1981 when Carlo Perrone swapped Lazio for Roma before returning to Lazio the following year.

Pedro is one of the most successful players in recent years, having won for himself 20 major trophies at Barcelona, including five Laliga titles, three Champions League. He also won the Premier League, FA Cup, and Europa League at Chelsea. The 34-year-old won the World Cup in 2010 and the Euro competition in 2012.