World Number two tennis player, Naomi Osaka has spoken to the press for the second time after her decision not to talk to the press during the French Open. The Japanese addressed the press after her Round of 16  win over America's Coco Gauff at the Cincinnati Open on Wednesday, August 18th, 2021. 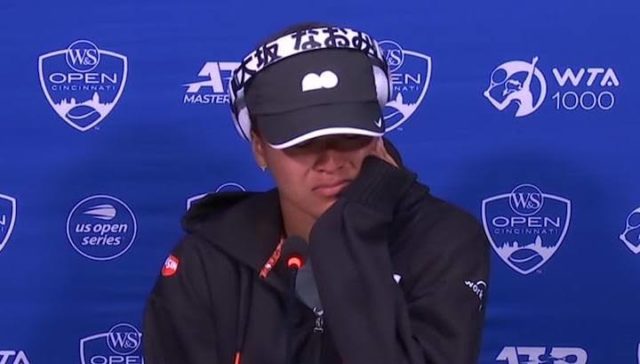 The 23-year-old said she could not explain her decision not to talk to the press in France, she could not place an exact reason on why she made that decision.

Osaka was fined by the French Open organizers for deciding not to talk to the press after her second-round match. She later withdrew from the Grand Slam, saying she needed to focus on her mental health.

Honestly, I was thinking about this since the last time I sat here. I was wondering why I was so affected; I guess, like what made me not want to talk to the media in the first place.

Then I was thinking, I am wondering if I was scared because sometimes I would see headlines of players losing and then the headline the next day would be like a collapse or they are not that great anymore.

The choice to go out there and play, to go see fans that people came out and watch me play, that itself is an accomplishment for me. So I felt like I was very ungrateful on that fact.

I think definitely this whole Covid thing was really stressful with the bubbles and not seeing people not having interactions.

I guess seeing the whole state of the world, how everything in Haiti, how everything is in Afghanistan right now, is definitely really crazy, and for me to just be hitting a tennis ball in the United States and have people come and watch me play is, I don't know, I would want to be myself in this situation rather than anyone else in the world.

She also opted not to take part in Wimbledon because she wanted to take a break from tennis. Osaka returned to tennis when she represented Japan at the just concluded Tokyo 2020 Olympic Games.

This is the first Tennis competition she will partake in after she represented Japan at the just concluded Tokyo 2020 Olympic Games, where she won the bronze medal.