Cristiano Ronaldo Arrives Turin To Discuss His Future At Juventus

Juventus and Portugal midfielder arrived at Juventus training ground on Monday, July 27, 2021, to resume training ahead of the 2021/22 Serie A season. Cristiano Ronaldo returned from his extended holiday after representing Portugal at the just concluded Euro 2020 where the Italians emerged Champions. 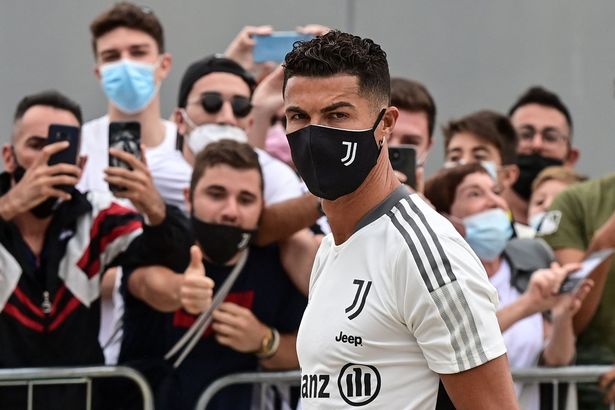 It was a grand reception for the footballer as fans were outside the training grounds of Juventus to welcome the Portuguese midfielder. Ronaldo has one year on his contract with ''The Old Lady'', where he will become a free agent if he decides not to renew his contract.

They are speculations among football fans that Ronaldo might return to Manchester United as they are rumors that the Red Devils are interested in bringing the 37-year-old back to Old Trafford.

READ MORE: BEN WHITE SET TO COMPLETE HIS MOVE FROM BRIGHTON TO ARSENAL

The Vice President of Juventus, Paul Nedved, was confident in an interview he granted with Sky Sports Italia on Thursday, July 22, 2021,  that Ronaldo will remain with the Turin club.

Ronaldo will return to training on Monday and he will stay with us. 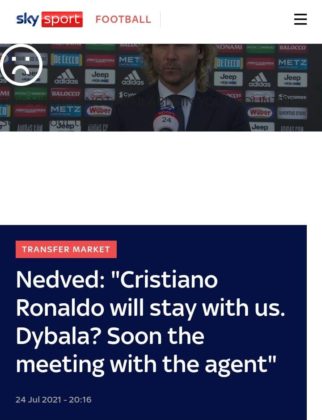