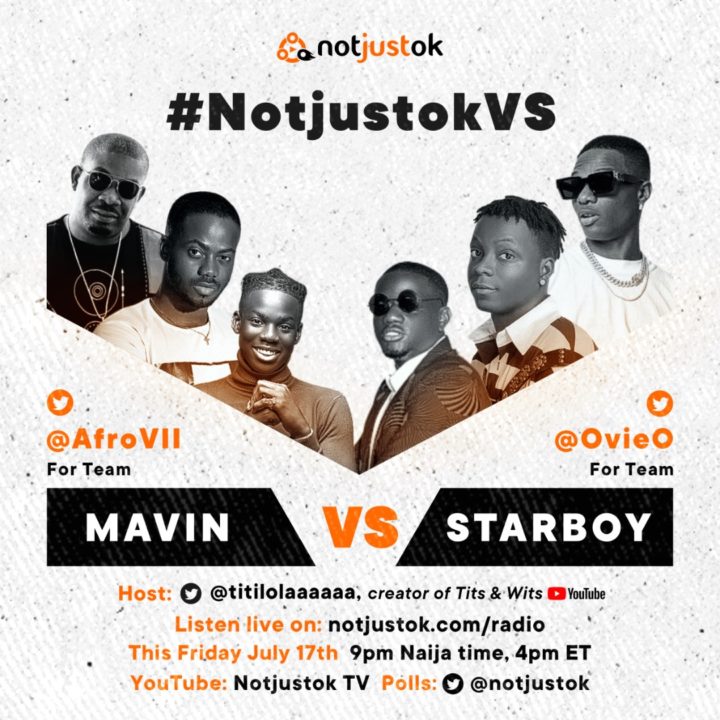 The 9th edition of #NotjustokVS is a match-up of 2 of the hottest record labels of the last decade – Mavin VS Starboy! These 2 imprints were born from 2 prior juggernauts, Mo’hits and EME, with Don Jazzy moving on as a Mavin (May 2012), and Wizkid as a Starboy (March 2013).

For Team Mavin, we have @AfroVII on deck.

For Team Starboy, we have @OvieO on deck.